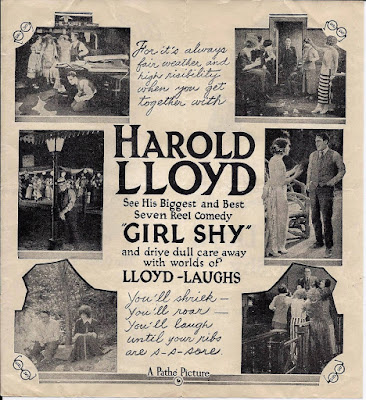 More details are in the press release tacked on below.

For this film, I have to make sure I bring one more instrument in addition to my digital keyboard: a referee's whistle.

Of course not all whistles are alike. In Josef von Sternberg's 'Underworld' (1927), which I accompanied this past Thursday, a jail break is illustrated by close-up shots of a steam whistle being blown. For that, I didn't bring the referee's whistle because it's an entirely sound — one that the synth in fact can reproduce quite well. 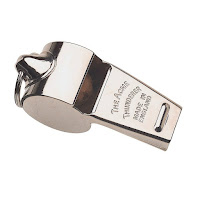 Other films that require the referee whistle are Lloyd's football epic 'The Freshman' (1925) with its extensive gridiron scenes; Fritz Lang's 'Woman on the Moon' (1929) with its close-ups of a whistle being blown to restore order during an lecture hall uproar; and F.W. Murnau's 'The Last Laugh' (1924), in which a whistle plays a major role in the doorman character played by Emil Jannings.

The referee whistle is especially important in 'Last Laugh,' which has a dreamy sequence in which an inebriated Jannings keeps blowing the whistle again and again inside his apartment. A true referee's whistle allows you to generate a wide variety of expressive whistles, which are essential to this scene working, I've found.

I once couldn't find my actual referee's whistle, so bought a cheap plastic replacement on the way to a screening of 'The Last Laugh.' Turns out it could only generate one tone and at one volume, with virtually no ability to alter the intensity, pitch, or anything about the sound.

So the whistle was a one-note wonder, literally. And it was totally unsuitable for bringing out what Murnau and Jannings were going for, I think.

I later found my metal referee's whistle, and it now holds a place of honor in my equipment box. I'll bring it to 'Girl Shy,' and I hope to see you there, too! 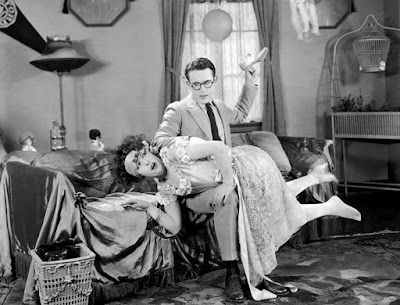 'Girl Shy' (1924) stars Harold Lloyd as a timid young man from a small town who pens a book about imaginary female conquests. Trouble begins when bashful Harold falls in love for real, and then must rescue his beloved from marrying the wrong man in the big city. 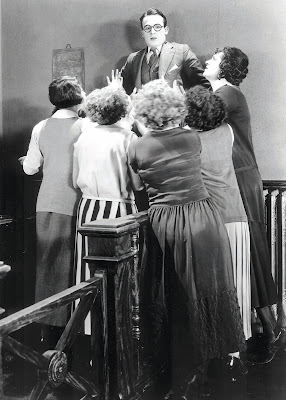 The film is bursting with visual comedy typical of the silent era, but the romantic story line was strong enough to act as a counterweight, creating a new hybrid genre now known as the romantic comedy, or "rom-com."

Though Lloyd's reputation later faded due to unavailability of his movies, the recent re-release of most of his major films on DVD and other media has spurred a reawakening of interest in his work and has led to more screenings of his work in theaters, where it was designed to be shown.

"Seeing a Harold Lloyd film in a theater with live music and an audience is one of the great experiences of the cinema of any era," said Jeff Rapsis, a New Hampshire-based silent film musician and the Town Hall Theatre's resident accompanist.

'Girl Shy' starring Harold Lloyd will be screened with live music on Sunday, Jan. 26 at 4:30 p.m. at the Town Hall Theatre, 40 Main St., Wilton, N.H. Admission is free; a donation of $10 per person is suggested to defray expenses.