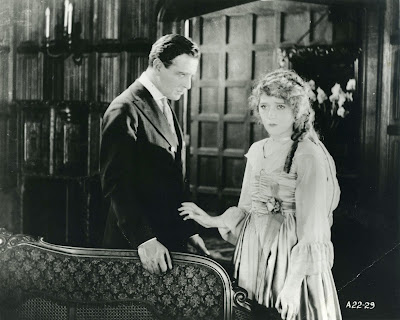 Making it up, musically, as he goes along

New Hampshire native Jeff Rapsis plays live music for silent films at about 100 screenings a year. Sometimes it’s a classic he’s accompanied before, such as Charlie Chaplin’s “The Kid” (1921) or Fritz Lang’s “Metropolis” (1927). Other times, the film is new to him. Either way, it’s a “high wire act,” as Rapsis puts it. He improvises a score in real time as the movie rolls, responding to the emotions and actions along with the audience.

Using a digital synthesizer, Rapsis re-creates, as he puts it, the “movie score” texture of a full orchestra. Improvising, he says, is “the best way to come up with just the right music for just that moment, and when it all works, there’s nothing like it.”

“The Pickford dramas of the late 1910s are often full of great melodramatic energy, and I understand ‘Stella’ is one of the better ones. So the audience and I will discover it together,” says Rapsis. “There’s no way to tell how it holds up until you screen it as intended: on the big screen, with live music, and with an audience.”

Pickford, a pioneering force in early cinema as a screen star, producer, and cofounder of United Artists, was already a major figure when she played dual roles in “Stella Maris.” She’s the title character, a rich and sheltered young woman paralyzed since birth who’s in love with her frequent visitor John Risca (Conway Tearle), a journalist stuck in a loveless marriage to Louisa (Marcia Manon). Pickford also plays Louisa’s abused maid, Unity Blake, who also falls in love with John. The film was directed by Marshall Neilan and scripted by Frances Marion, both frequent Pickford collaborators.

Despite the heightened drama of many silents, Rapsis says audiences shouldn’t expect his accompaniment to be old-fashioned or unsophisticated. Rather, his scores “wouldn’t be out of place with a contemporary film.”

“I keep to a very traditional orchestral texture, but the music reflects a century’s worth of film-scoring vocabulary that audiences generally expect when they see a movie today. And I think that helps bridge the gap between a film that’s nearly 100 years old and today’s expectations,” he says. “The music encourages people unfamiliar with early cinema to let it in, rather than hold it at arm’s length.”

Crucial to the experience is the Somerville Theatre. As host to the “Silents, Please!” series, the grand theater in Davis Square provides the chance to see silent comedies, dramas, horror films, and epics on 35mm film (the “Stella Maris” print comes from the Library of Congress).

“At a time when commercial Hollywood has almost completely transitioned to digital filmmaking and distribution,” says Rapsis, “the management and ownership of the Somerville Theatre, which is not part of any chain but independently and locally owned, really should be lauded for their continuing commitment to being able to run actual film, 35mm or 70mm, vintage or contemporary, in a first-rate theater with the equipment and expertise to bring the best out of the medium. It’s a tremendous resource for the Boston area for filmgoers to be able to see a century’s worth of cinema on the big screen as it was originally intended.”