To Buffalo and Boston and back again: The first-ever Western N.Y. Movie Expo and more 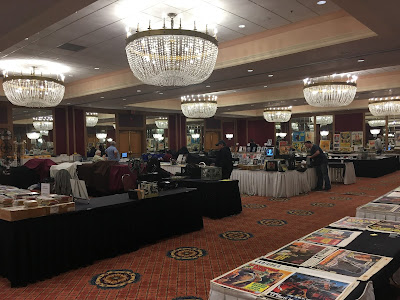 Quick report on the first-ever "Western New York Movie Expo and Film Memorabilia Show," held over the past few days in Buffalo, N.Y.

For a first-time event, it was pretty impressive. A large contingent of dealers filled a big hotel banquet center, and two screening rooms ran programs from Thursday through Sunday.

I was on hand to accompany a half-dozen silent features that were part of the offerings, plus some shorter films and oddities.

I'm not sure what total attendance was, but organizer Alex Bartosh said it was a good mix of registrations in advance and walk-in traffic.

The latter was helped by the venue: the huge Adams Mark hotel and convention center in downtown Buffalo, which generates a steady stream of people who just stop to check things out.

For example: on Saturday, the room across the hall from us was being used for an awards dinner organized by the Buffalo Chapter of the Association of Black Social Workers.

Some attendees were curious enough about the film expo to come in and wander the dealer's room. I had a nice conversation with one gentleman about some old radio transcription discs that were on display right at one of the entrances.

If it all felt a little like Cinefest in Syracuse, N.Y, that was intended. Bartosh, a long-time Cinefest attendee, organized the Expo in hopes of keeping the magic going now that Cinefest is no more.

And other than the traditional auction hosted by Leonard Maltin on Sunday morning, it really felt similar to me.

From my perspective, I relished the chance to create scores for obscure silent features that I otherwise would probably never encounter, never mind accompany. 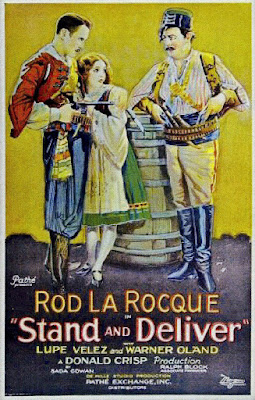 Among the best this time around were 'Stand and Deliver' (1928), a wonderfully goofy adventure yarn starring Rod LaRocque, Lupe Velez, and Warner Oland. Never seen this before, but somehow I found just the right music to fit the film's whimsical tone.

Another strong picture that was new to me was the 1927 version of 'Valley of the Giants,' which featured a great runaway train sequence and a lot of other scenes that lent themselves to music. 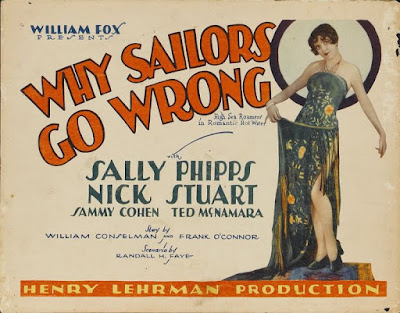 Saturday night was highlighted by 'Why Sailors Go Wrong' (1928), a Fox "Mac and Cohen" comedy with Sally Phipps as the female lead. 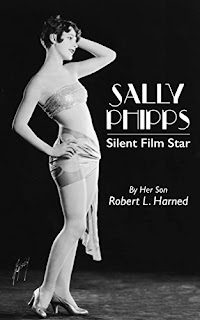 On hand to introduce the film was Sally's son, Robert L. Harned, who came with copies of the wonderful book he wrote about his mother and which was published two years ago.

More familiar to me was 'The Bells' (1926), a Chesterfield thriller from 1926 with Lionel Barrymore and Boris Karloff. I recorded a score for this surprisingly good film (for Chesterfield, anyway) several years ago for Mark Roth of www.reelclassicdvd.com, and it was fun to revisit it.

In the "unexpected surprises" department, the 16mm print of 'The Bells' was shown with scenes in the wrong order. We stuck with it, though, and the mix-up lent a surreal quality to this already weird tale.

In an attempt to build the audience, Bartosh and his accomplices also made room for a few more mainstream features: Harold Lloyd's 'Safety Last' (1923) and Lon Chaney in 'The Unknown' (1927).

I was thrilled to be on hand to help establish silent film with live music as a key part of this event, just as it was at Cinefest for so many years.

I was especially pleased to see the emphasis on actual film, mostly in the form of 16mm prints. There's something hypnotic about seeing an obscure feature in a darkened room full of people accompanied by the white noise of the projector running in the back.

And for me, it's an atmosphere that's somehow uniquely conducive to creating music, especially for obscure films that never get shown anywhere.

But they were present in spades at the Western New Film Movie Expo, and I got a great big fix that I expect will last me for awhile.

And the community was nothing if not welcoming. Check out this big preview feature that the Buffalo News ran prior to the Expo, complete with image of Joan Crawford embracing an armless Lon Chaney in 'The Unknown,' holding a cigarette in his toes.

One other nice thing was that the Adams Mark is right in downtown Buffalo, an areas that's looking pretty good these days.

Consider: a century ago, Buffalo was a booming manufacturing center, the 15th largest city in the nation.

Things quieted down a lot after World War II, with the city losing a lot of its industrial base and half its population. Today, Buffalo ranks 50th in population in the U.S.

But quite a bit has been done to rehab downtown, which is blessed with a core of grand older buildings that lend the place character.

Just one example: Buffalo's art deco City Hall, which looks like something out of Gotham City: 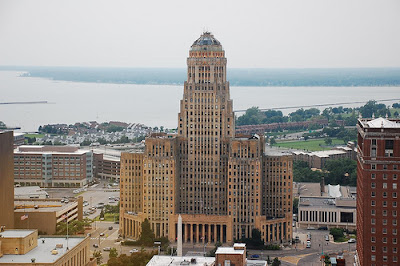 So Buffalo is coming back.

In the times I was able to wander around, I was surprised to find Buffalo has an actual theater district, a new urban light rail line (with no fares in the downtown), and quite a bit more to explore just within walking distance of the Adams Mark.

And it sprawls outwards, with all kinds of surprises tucked away. Venturing about a half-mile north of downtown, I found myself in "Allentown," a funky neighborhood of solid older homes, art galleries, restaurants, antique shops, and bicycle stores.

Once when I was in the car, I went out the Lake Effect Diner (named after Lake Erie's effect on Buffalo's weather), which turned out to be a stainless steel gem. 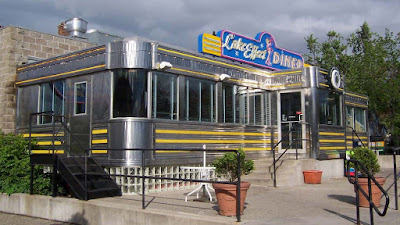 So if I go again, I'll try to make time to get out and get to know this more about Buffalo—the only large city in the U.S. East where residents can enjoy sunsets on the waterfront.

I missed out on Sunday's Expo programming because I had to hit the road to get all the way to the Boston area (seven hours or so) in time for another gig: a screening of Buster Keaton's comedy 'College' (1927) at the Aeronaut Brewing Co. in Somerville, Mass.

It's a bit of a challenge to do silent film screenings in the brewery's caverous main space. It's a working brewery and full of distractions that can take away from the focus that helps an audience buy into an older film.

But this isn't a concern with Buster, who I found always holds the Aeronaut screen like a champ.

Last Sunday night was no exception: an enthusiastic crowd of 20-somethings eagerly got into the movie, cheering on Buster and even erupting into spontaneous applause at all the big moments.

It was one of those great screenings where you get a sense that a lot of people were surprised at how compelling a movie from another era can be—especially one without any dialogue or soundtrack.

As I pulled into my New Hampshire driveway late Sunday night, I checked the odometer: 1,038 miles since I hauled out on early Thursday morning.

A long journey, but I'd do it again. And on that note: I've been in touch with Alex since the Expo wrapped, and it sounds like everyone's in agreement that hold it again next September.

So if you enjoy vintage film, I encourage you to put the Western New York Movie Expo and Film Memorabilia Show on your calendar.

Congratulations and thanks to all the volunteers and supporters and everyone who helped make this first-ever get-together a great success.

Hope to see everyone next time, including all my new friends in the Association of Black Social Workers.
Posted by Jeff Rapsis at 8:17 PM