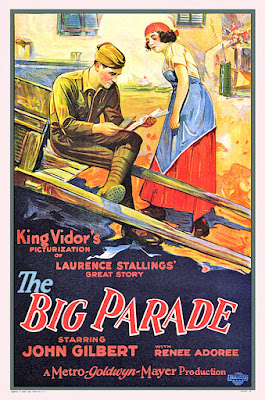 With so many screenings to commemorate the 100th anniversary of the Armistice this month, it's starting to feel like I'm fighting World War I all over again.

Whether it's the aerial drama of 'Wings' (1927) or Chaplin yukking it up in 'Shoulder Arms' (1918), November has been a long march through movies about the "Great War."

Speaking of marching, next up is 'The Big Parade' (1925), the sweeping WWI epic directed by King Vidor that became the top-grossing film of its day.

See why by experiencing it on the big screen with live music on Thursday, Nov. 29 at 7 p.m. at the Rogers Center for the Arts at Merrimack College in North Andover, Mass.

Details in the press release below. Hope to see you there.

Right now, I'm fresh off scoring a screening of 'Barbed Wire' (1927), a great Pola Negri drama set in France during (you guessed it) the WAR. 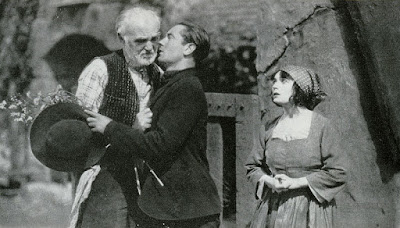 Unusually, 'Barbed Wire' is not about the action at the front. Instead, the film focuses on the war's effect on a small rural village in France.

It's a tightly constructed drama with strong performances by Negri and Clive Brook in the lead roles, and Clyde Cook supplying comic relief. Even hard-working character actor Gustav von Seyffertitz shows up.

'Barbed Wire' also has a surprisingly moving Christmas scene, with captured German soldiers celebrating the season in a prison camp. So it's worth putting on the screen at this time of year.

Our audience at the Manchester (N.H.) Historic Association really seemed to enjoy the picture. The music came together quite nicely for the dramatic scenes, I thought, and Clyde Cook's antics got actual laughs! 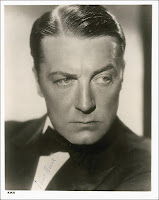 Brook, by the way, has emerged as one of my favorite actors of the era. Everything I've seen him in, he's great. And he's flat-out terrific as the down-on-his-luck attorney in 'Underworld,' released just after 'Barbed Wire.'

On my list to see someday: Brook playing the title role in the early talkie 'Sherlock Holmes' (1932).

So many films, so little time!

Well...Hope you have time for 'The Big Parade' tomorrow night. See you there! 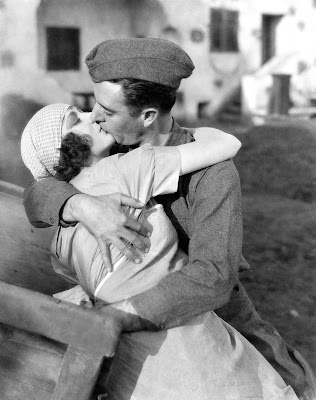 Epic WWI drama 'The Big Parade' to be screened on Thursday, Nov. 29 at Rogers Center


To be shown with live music to commemorate 1918 Armistice; blockbuster silent film changed the way Hollywood depicted battle on the screen

NORTH ANDOVER, Mass. — It was the 'Saving Private Ryan' of its time — a movie that showed audiences war as experienced by a front line soldier whose life is changed forever by its horrors.

It was 'The Big Parade' (1925), a sprawling World War I epic and a box office sensation that made MGM into a powerhouse studio.

'The Big Parade' will be screened one time only at the Rogers Center for the Performing Arts on Thursday, Nov. 29 at 7 p.m. The screening, part of the Rogers Center's Tambakos Film Series, is open to the public and admission is free.

The Rogers Center is located on Walsh Way on the campus of Merrimack College, 315 Turnpike St., North Andover, Mass.

The screening coincides with the 100th anniversary of the Armistice of Nov. 11, 1918, which ended the fighting of World War I.

'The Big Parade,' released just a few years after World War I ended, was hailed by critics as the first Hollywood film to depict the harsh reality of combat and its impact on troops. Its hellish battle scenes were staged on a massive scale and still retain their ability to shock audiences. 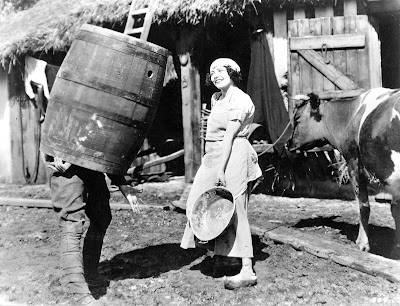 MGM's silent blockbuster ‘The Big Parade’ will be shown with live music on Thursday, Nov. 29 at 7 p.m. at the Rogers Center, located on Walsh Way on the campus of Merrimack College, 315 Turnpike St., North Andover, Mass. Admission is free. For more information, call the Rogers box office at (978) 837-5355.