Labor Day over, now back to work:
Accompanying five shows in six days 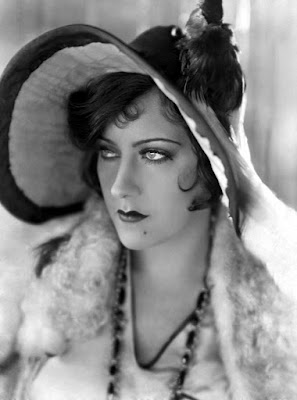 The silent film calendar was rather light as August turned into September. And I'm not complaining.

And this week's mini-marathon is capped by an unusual Douglas Fairbanks double feature in which footage from one of his early comedies was reedited into a new film that tells an entirely different story!

I'll post info here about the screenings as they come up. Or check out the "Upcoming Silent Film Screenings" link at upper right.

Beyond this, I'm looking forward to a busy performance calendar this fall, with a packed schedule of Halloween shows followed in November by an appearance at the Niles Essanay Silent Film Museum in California.

In December, I head to Cincinnati for a program on Thursday, Dec. 10 at the Carnegie Visual and Performing Arts Center, where I last performed in 2013.

And on the way back, I'll make my international debut on Sunday, Dec. 13 at the Revue Cinema in Toronto, Canada.

To prepare for these high-profile gigs, I'm working on pushing my keyboard technique up a notch.

So I've recommitted to playing the Hanon technical exercises on a regular basis, plus a few of my own invention.

The goal remains to develop more fluency getting around the keyboard, and imagining and making music without necessarily looking down at the keys, which helps in accompaniment. 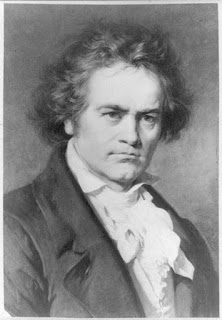 Also on the improvement program is good old Beethoven.

Recently, I realized a long-standing ambition when I got hold of the Liszt piano transcriptions of Beethoven's nine symphonies.

So I'm slowing playing through them in order, and it's been a real rush to experience this familiar music and bring it to life in this way.

Basically, each day I work through a movement at a very slow speed (sight-reading has never been my strength) and note any harmonies or progressions that are surprising or instructive.

That way I push my keyboard technique, but also absorb some of Beethoven's moves for later use. 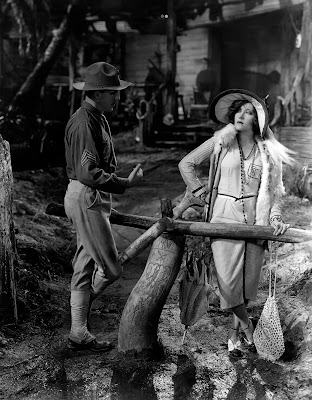 We'll see if any of this makes a difference with tonight's screening of 'Sadie Thompson' (1928) at the Manchester (N.H.) City Library.

It's Gloria Swanson and Lionel Barrymore doing battle in the steamy tropics, so it helps that we're in the middle of a September heat wave in our part of the world.

'Sadie Thompson' is missing its final reel, but I think that actually adds to the experience.

To me, it seems as if the conflict between Swanson and Barrymore gets so intense that film just can't contain it any longer.

Instead, we're left with a reconstruction of stills and descriptions that leave the climax up to our own imaginations, making it potentially more personal and powerful than anything a filmmaker could put on the screen.

So it's an unusual form of narrative: a traditional film until the final reel, and then the audience is required to imagine the action based on a general outline.

There's a certain primal power in this approach. I recall Hitchcock saying that it was more terrifying to let something nasty happen offscreen, because people's imaginations would always make it worse than any filmmaker could show. There's something about that in the way 'Sadie Thompson' must now be shown, with its last reel missing. 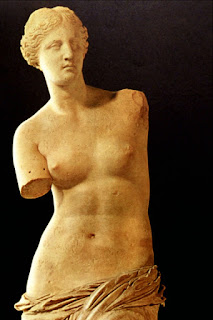 So 'Sadie Thompson' is in the same category as, say, the Venus de Milo, or Schubert's 'Unfinished Symphony.' They're great works of art that achieve perhaps a higher form greatness by virtue of their being incomplete.

Maybe that's a principle that I can apply to writing blog posts. Maybe what I write will be that much better if I fail to