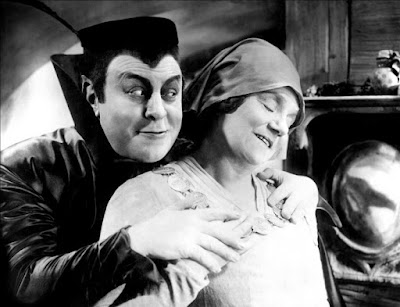 It used to be kinda charming: each year in Brandon Town Hall we'd run a Halloween "Chiller Theater" program, so named because the building had no heating system.

Well, after 10 years of fund-raising and building improvements, the place now has central heat and is usable year-round.

But this Halloween, creature comforts won't stop us from exploring uncomfortable cinema. And so this evening I'll be creating music for F.W. Murnau's spectacular 1926 silent screen adaptation of the Faust legend.

You know the tale: a man consigns his soul to Satan in exchange for earthly delights, youth, or, in the case of the Broadway musical "Damn Yankees," a World Series victory.

Murnau's 'Faust' is highlighted by Emil Jannings as Satan, called "Mephisto" in this version. He kind of reminds me of the character of Frances Buxton in 'Pee Wee's Big Adventure.' What do you think? 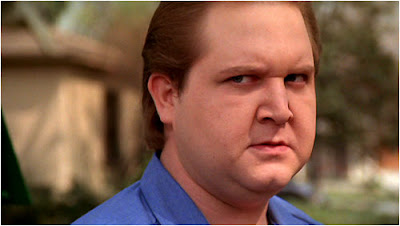 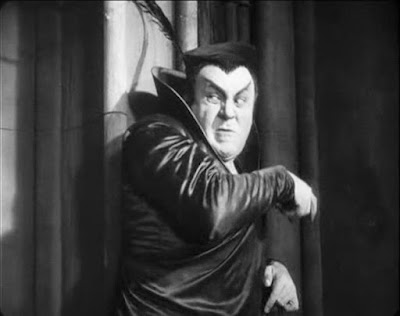 If you really want to see the similarity, check out a clip of the dream sequence from 'Pee Wee's Big Adventure' with Francis dressed as the devil.

For a lot more info on the film and our screening, I've pasted in the press release below.

And now I'm thinking...given all the Faustian ties to the underworld, maybe it's fitting that Brandon Town Hall does have heat. And maybe we should turn it up real high. :)

Hope to see you tonight in hell — er, I mean Brandon, Vt. 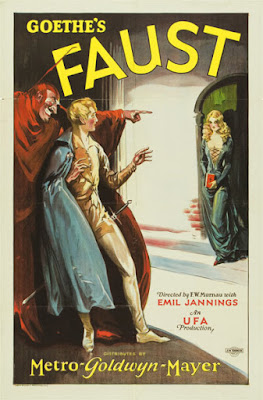 BRANDON, Vt..— It's been a novel, a stage play, and an opera. So when movies first appeared a century ago, it was only a matter of time before they tackled 'Faust,' the tale of a man who consigns his soul to the devil to obtain power in the present.

See for yourself with 'Faust' (1926), the original silent film adaptation of the classic legend, to be shown on Friday, Oct. 25 at 7 p.m. at Brandon Town Hall, 1 Conant Square, Route 7, Brandon, Vt.

Please note that this screening takes place on a Friday evening, not the traditional Saturday night for most silent film programs at Brandon Town Hall.

The screening, the last in this season's silent film series at Brandon Town Hall, is sponsored by Jan Coolidge and Nancy and Gary Meffe. 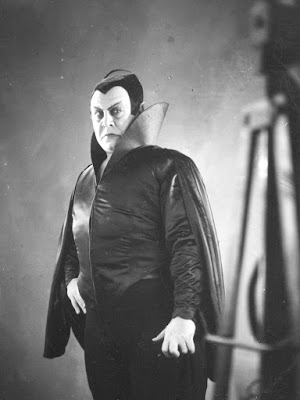 Would you sell your soul to this man?