Back-to-back screenings coming up this Sunday/Monday, both at New Hampshire town halls that now serve as movie theaters! 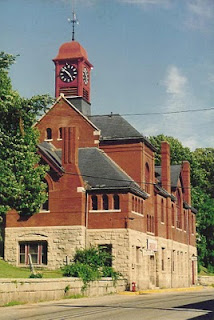 On Sunday, May 23 at 4:30 p.m., we're screening the great dramatic feature 'The Last Command' (1928) as the next attraction in our monthly silent film series at the Wilton (N.H.) Town Hall Theatre. I wasn't familiar with this picture before now but I'm very impressed and have high hopes for how it will come across on the big screen and with a live audience. For a comedy short beforehand, Dave Stevenson and I have been going back-and-forth but I'm inclined to show one of the Laurel & Hardy silents, which I think would go well with this, as opposed to some of the more hyperactive comedies. We'll see. 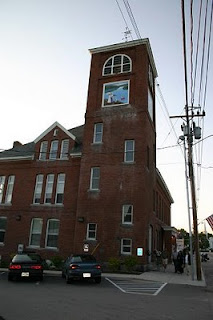 I also have high hopes for a screening on Monday, May 24 at Antrim (N.H.) Town Hall for about 100 students from the Conval Regional School District. This opportunity was arranged by a very nice woman who attends the Wilton screenings and also works in the district; she thought the kids would enjoy a chance to experience silent film the way it was intended, so here we go! I've got three comedies lined up: 'One Week' (1920) starring Buster Keaton (to show visual comedy done methodically); 'A Mooney Mariner' (1927) starring Billy Dooley (to show inventive fast-paced slapstick); and finally 'Lizzies of the Field' (1924) starring Billy Bevan and others, to show mayhem and destruction. I'll post some comments on how it goes!
Posted by Jeff Rapsis at 9:54 AM