Celebrate Valentine's Day w/Clara Bow's 'It'—
but first, 'A Trip to Mars' at the Sci-Fi 'Thon 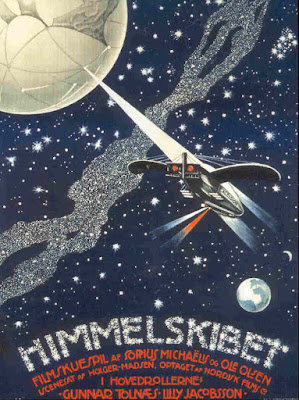 Promotional artwork for the Danish sci-fi epic 'Himmelskibit,' or 'A Trip to Mars.'

It's shaping up to be kind of a schizophrenic Valentine's Day this year.

This evening, I get to do music for Clara Bow's Jazz Age romantic comedy 'It' (1927) at the Aeronaut Brewery in Somerville, Mass.

But before that happens, there's 'A Trip to Mars' (1918), a full-length space travel epic from Denmark that's part of this year's annual 24-hour Boston Sci-Fi Marathon.

So Mars first, then Clara Bow later. There must be some kind of "Men are from Mars" wisecrack to make here, but I just can't think of it.

Actually, the sci-fi "Thon" (as it's called) is one of my favorite gigs of the year. This is mostly due to the audience, which consists of something like 600 hard-core sci-fi fans who gather each year at the Somerville Theatre in Brigadoon-like fashion for a kind of mass binge watch.

Held each year on Presidents Day weekend, the "Thon" (now in its 41st year) is a kind of tribal gathering complete with rituals such as contests for the best tinfoil hat and best alien mating call. So it's very different from the usual silent film crowd.

But that's why I like it. It's a special pleasure (and also a challenge) to create live music that helps vintage sci-fi material from the silent era connect with this crowd. Bore them, and they'll let you know. But get it right, and you won't find a more engaged audience.

This time around, it's for 'A Trip to Mars' (Danish title: 'Himmelskibit') a 1918 film that was beautifully restored in 2006 by the Danish Film Institute, and which is being shown via DCP as part of this year's marathon.

I keep saying this, and I'll say it again: even after scoring literally hundreds of silent features, I continue to be surprised by amazing films I've never heard of before. And 'A Trip to Mars' is yet another. 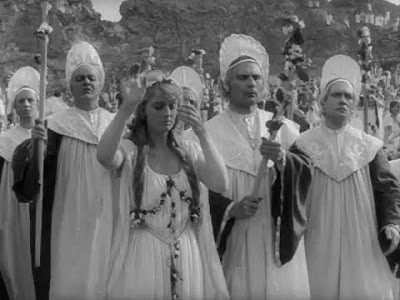 The inhabitants of Mars welcome visitors from Earth.

I don't want to spoil anything about the movie for those who may see it, other than to say who knew the inhabitants of Mars would turn out to be vegetarian?

But I will say that I'm sensing that this will be a terrific film for the Marathon crowd. So I'm very much looking forward to this afternoon's screening, which is targeted to start at about 4:05 p.m. (As it's a 24-hour marathon, the program always runs a little loose.)

Alas, if you'd like to see it, you'll need to buy a ticket to the entire 24-hour event, which costs $64.50. But for that you'll get an amazing and memorable experience like none other, and a terrific line-up of films too numerous to list here.

For more info, visit www.bostonscifi.com and it's all there.

And now, for something completely different... 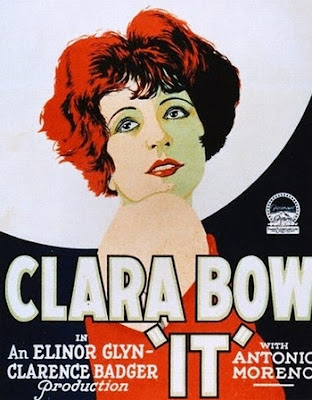 Later this evening, it's music for the Jazz Age romantic comedy 'It' (1927) starring Clara Bow in what would be her breakout performance.

'It' is playing at the Aeronaut Brewery (also in Somerville) as part of a Valentine's Day celebration. Showtime is 8 p.m. It's a ticketed event and I'm pleased to say it's almost sold out, according to the Aeronaut's Facebook and Eventbrite posts.

So if you haven't got tickets, go the Aeronaut's EventBrite site and snag yours right away.

Alas, the Aeronaut cannot exceed its occupancy permit and so the seating does have a cap. However, if you're a fan coming into town specifically for this show, please give me a call at (603) 236-9237 and we'll see what we can do.

It should be a fun evening, as the Aeronaut screenings draw many non-traditional silent film fans who seem to have a ball discovering pop culture from another era. And I certainly enjoy helping bring it to life!

If you're unfamiliar with the Aeronaut or 'It,' the text of the press release is pasted in below. 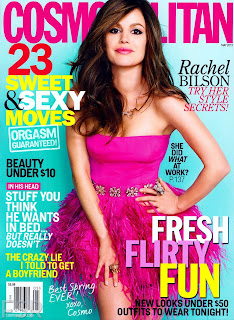 One thing I like to point out about this movie is that it's one of the more prominent early examples of product placement. The whole film is built on Elinor Glyn's writing in Cosmopolitan, and the magazine itself is featured prominently on screen.

And how interesting that Cosmo is still with us, and still concerned about roughly the same issues. 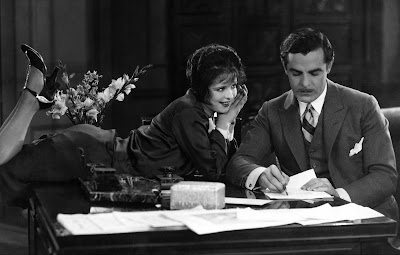 Come and get 'It' with Clara Bow
at Aeronaut Brewery on Sunday, Feb. 14

SOMERVILLE, Mass.—A film that helped define an era returns to the big screen in February at the Aeronaut Brewery.

The special Valentine's Day screening is open to the public and is part of the Aeronaut's commitment to showcase local music, art, and performance.

"We thought a silent film about love and romance would be the perfect way for people to celebrate Valentine's Day in a fun and memorable way," said Aeronaut spokesperson Christine Holmes.

'It' tells the story of a sassy shop girl who sets her sights on the handsome and wealthy boss of the department store where she works. The two are from completely different circles of society, but will attraction be strong enough to bridge the gap in their backgrounds? 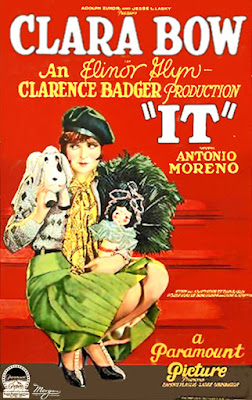 The film made actress Clara Bow a major star, earning her the nickname of the 'It' girl. Released at the height of the Jazz Age, the movie was a hit with audiences, breaking box office records.

'It' is based on a novella written by Elinor Glyn and originally serialized in Cosmopolitan magazine. Glyn, whose writings popularized the concept of 'It' as a quality of attractiveness, has a cameo role as herself in the film.

'It' is also an early example of product placement, as Cosmopolitan magazine is featured prominently in a scene where a character reads Glyn's story and introduces it to the audience.

The picture was considered lost for many years, but a copy was found in Prague in the 1960s. In 2001, 'It' was selected for preservation in the U.S. National Film Registry by the Library of Congress as being "culturally, historically, or aesthetically significant."

"Among silent films, 'It' remains an audience favorite," said Rapsis, who accompanies silent film programs at the Somerville Theatre, the Harvard Film Archive, and at venues around the country.

"People continue to be surprised at how engrossing and exhilarating silent films can be when shown as they were intended—in a theater, and with live music," Rapsis said.

To accompany 'It,' Rapsis will use a digital synthesizer to recreate the texture of the full orchestra. The score is created live in real time as the movie is screened.

A special Valentine's Day screening of 'It’ (1927), a romantic comedy starring Clara Bow, will take place on Sunday, Feb. 14 at 8 p.m. at the Aeronaut Brewery, 14 Tyler St. (near Union Square), Somerville, Mass.

Admission is $10 per person and are available online at www.eventbrite.com (search on "Aeronaut Brewery") or via Facebook at www.facebook.com/events/961744873899654.