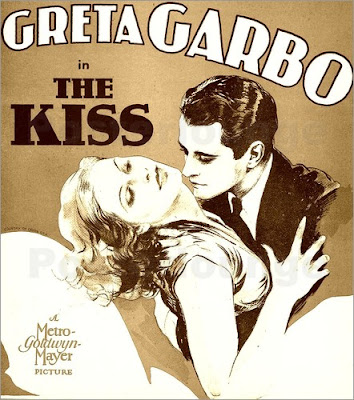 Promotional art for 'The Kiss' (1929), the last silent film released by a major U.S. studio.

A freakish warm spell and heavy rain washed away much of our snow pack, but February continues like a toboggan ride out of control.

Coming up on Friday night is Greta Garbo's 'The Kiss' (1929), the last silent film released by MGM. I'm doing music for a screening at Red River Theatres in Concord, N.H.

Showtime is at 7 p.m.; details in the press info pasted in below.

Then on Sunday, Feb. 21 comes another double-header in Boston.

Then a 7 p.m. showing of Jean Epstein's 'The Adventures of Robert Macaire' (1925) at the Harvard Film Archive.

More about the Sunday films after I get through the Garbo program, which launches another season of silent film with live music at Red River Theaters in Concord, N.H.

This small non-profit cinema complex screens a wide-ranging program of unusual and hard-to-see movies. (Hard to see in an actual movie theater, anyway.)

And I'm pleased to say they continue to make room for silent film with live music. And for 2016, we've upped the pace to one show per month.

If you're planning ahead, upcoming programs include:

• Friday, May 13: 'The Golem' (1920) In 16th-century Prague, a rabbi brings a statue to life protect the Jews of Prague from persecution.

Some great stuff on the schedule!

But first up is Garbo in 'The Kiss,' our slightly tardy salute to Valentines Day—with a slight tough of murder thrown in. (Hey, that can happen, depending on where Cupid's arrow hits.) 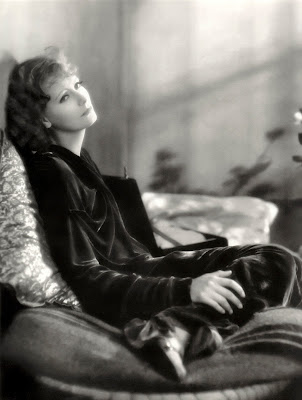 From 'The Kiss': No caption really needed.

This one is worth seeing—first, because Garbo is an eternally bankable star and worth watching no matter what the film happens to be. That face!

'The Kiss' is also notable in that it's the last silent film released commercially by a major U.S. studio.

MGM put the film in theaters on Nov. 16, 1929. By this late date, silent film was all but dead, with the public was clamoring for talking pictures as the 1920s ended and the Great Depression took hold.

Knowing this lends 'The Kiss' a kind of wistful quality, at least to me.

Here's the thing: although it's no masterpiece, 'The Kiss' flows naturally and confidently, making seamless use of the techniques used to tell a story visually, which is how silent film worked. 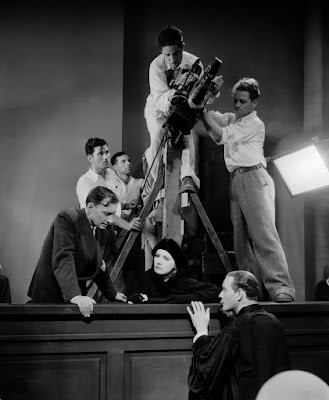 Shooting 'The Kiss': the last days of silent film production.

That it looks so effortless, of course, is the product of several decades of hard-won experience. It took plenty of trial and error for directors and actors and cinematographers to get where they were at the end of the 1920s.

What would happen if silent films had continued to be produced into the 1930s and beyond? They could have been made alongside talking pictures, as many observers at the time predicted would happen.

But among its other qualities the last silent film, 'The Kiss' conveys a sense of what was still possible in the form.

There's a freshness to it that persists to this day—perhaps even more so, as the disciplined way of telling a story visually in well-made silent film is indeed new again to most audiences today.

So watch 'The Kiss,' and you'll see an art form that wasn't dying. Rather, it was killed outright.

And how appropriate for a "who-dunnit" story. For more info on 'The Kiss' and our screening on Friday night, the press release text is pasted in below. 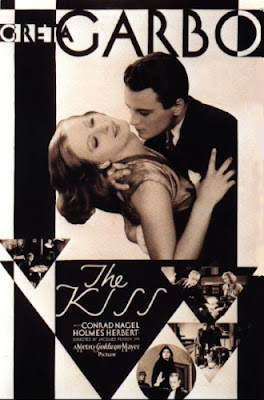 CONCORD, N.H.—It was the very last silent film produced by a major studio in the United States.

Starring Greta Garbo, 'The Kiss' (1929) was released by MGM in November 1929, long after all other Hollywood studios had abandoned the silent genre in favor of the popular new "talkies."

'The Kiss,' an intense romantic murder mystery, will be screened with live music on Friday, Feb. 19 at 7 p.m. at Red River Theatres, 11 South Main St., Concord, N.H. Tickets are $10 per person.

In 'The Kiss,' Irene (Greta Garbo) plays a young woman unhappily married to an older gentleman; to add to her woes, she is in love with a young lawyer, André (Conrad Nagel).

Unable to find a solution to continue their romance, they stop seeing each other. Irene starts spending her time with young Pierre (Lew Ayres), the son of her husband's business associate, who is infatuated with her.

When Pierre leaves for college, he begs her for a goodbye kiss. After a chaste kiss, Pierre steals another more passionate one—as Irene's husband takes notice. This sets the stage for a murder mystery, the ensuing trial, and a dramatic conclusion. 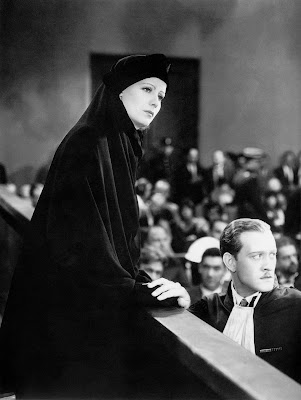 Courtroom scene in 'The Kiss.'

MGM kept releasing silent films with Garbo in part because the Swedish actress lacked a solid command of English, which she spoke with a very thick accent.

Worried at damaging the appeal of a highly bankable star, MGM continued to feature Garbo in silents for as long as possible, even as the industry otherwise switched over to sound films.

However, following 'The Kiss,' Garbo found continued success in talking pictures beginning with 'Anna Christie' (1930), her husky and distinctive voice proving to be a large part of her enduring appeal.

'The Kiss' will be accompanied by live music by Jeff Rapsis, a New Hampshire-based silent film accompanist who performs at venues across the region and beyond.

"Films such as 'The Kiss' were created to be shown on the big screen and in a theater as a communal experience," Rapsis said. "With an audience and live music, they still come to life in the way their makers intended them to.