I knew him as 'Commissioner Gordon'...
But Neil Hamiton was a silent-era leading man 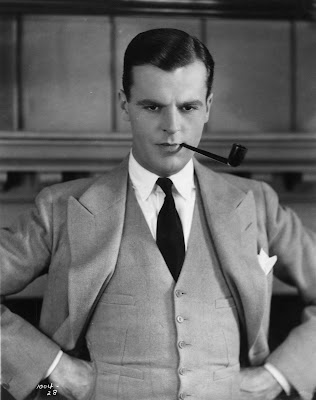 "Is this the Caped Crusader? Come to Gotham City Police Headquarters at once!"

In creating music for early cinema, I continue to be surprised by all the connections that exist between silent film and the pop culture of my childhood.

The above gentleman falls into that category: as a kid, I knew him as Gotham City's "Commissioner Gordon," ready to use his red "hotline" telephone to reach Batman at any time.

But four decades prior to that, audiences around the world knew him as affable leading man Neil Hamilton, seen above in the silent film version of 'The Great Gatsby' (1926), one of his more notable roles. Alas, the picture is lost.

But many of his others aren't, and one of them is part of this year's silent film schedule at the Manchester City Library, 405 Pine St. in downtown Manchester, N.H.

'The Shield of Honor' (1928) is a police-focused crime drama starring Hamilton and also Thelma Todd in an early appearance.

The film never gets shown, which is why it's on the schedule this year in Manchester. 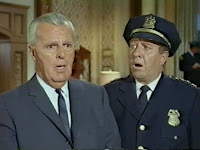 See, the focus of the series is to give neglected films a chance to be shown in the environment for which they were created: in a theater with a big screen, with live music, and—most importantly—a live audience.

For the audience part to work, we need people. Duh, right?

So in 2017, if you're within traveling distance to Manchester, N.H., I hope you'll make it a point to drop in on a few screenings and see for yourself. 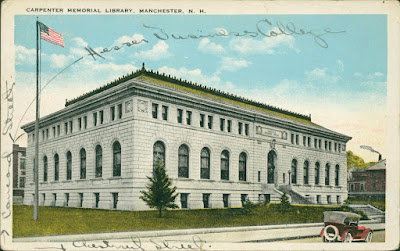 The Manchester City Library as depicted on an old postcard.

It's surprising now many pictures not regarded as classics still hold up when shown under the right conditions, which we try to recreate once a month in the library's Carpenter Memorial Auditorium.

First up is a light-hearted drama, 'The Power of the Press' (1928), directed by none other than a young Frank Capra!

Starring Douglas Fairbanks Jr. and Jobyna Ralson (known best as Harold Lloyd's leading lady through much of the 1920s), it's missing a few scenes but has the potential to be a real winner.

So it may not be recognized as an official masterpiece. But with big names associated with it, 'The Power the The Press' has an impressive pedigree and I think deserves a chance, don't you?

If you do, please join us on Tuesday, Jan. 3 at 6 p.m. for the kick-off screening of the 2017 silent film series at the Manchester City Library.

For more information about the film, and all the titles we've lined up for 2017, check out the press release I've pasted in below.

Thanks—and Happy New Year to all! 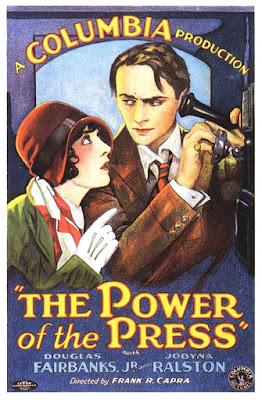 MANCHESTER, N.H.—Films that first caused audiences to fall in love with the movies will be shown throughout 2017 at the Manchester City Library, 405 Pine St. in downtown Manchester, N.H.

The library's monthly series of films from cinema's early years, shown with live music by silent film accompanist Jeff Rapsis, will continue throughout the coming year.

The programs are free and open to the public, with donations accepted to defray expenses. The shows, which take place generally on the first Tuesday of the month, begin at 6 p.m. and are held in the library's Carpenter Memorial Auditorium.

The series is designed to show early cinema the way it was intended to be seen: with a live audience, on the big screen, and with live music.

"Put those elements back together, and the films can sometimes leap right back to life," said Rapsis, a New Hampshire resident who accompanies silent film screenings around the nation.

This year's schedule includes an early Frank Capra drama, a Shakespearean adaptation from Germany, and a police drama starring Neil Hamilton, a young leading man who many years later would go on to play Commissioner Gordon in the popular 1960s "Batman" TV series. 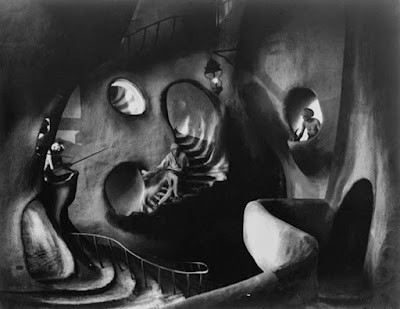 Rapsis said audiences are surprised at how much entertainment value remains in the works of early moviemakers.

"When these films were playing in theaters, no one called them "silent movies," Rapsis said. "They were just "the movies," and told their stories visually and with music, so no one felt anything was missing."

Today the films also function as visual time capsules, allowing audiences to see vividly how daily life was lived a century ago or more.

To score a silent film, Rapsis uses a digital synthesizer to recreate the texture of the full orchestra. The soundtrack is created live in real time as the movie is screened.

First up in 2017 is 'The Power of the Press' a light-hearted drama from 1928 directed by Frank Capra and starring Douglas Fairbanks, Jr. and Jobyna Ralston. Clem Rogers (Fairbanks) is a cub reporter writing obits and weather reports when he gets a chance at a story so big he's sure to get the front page.

'The Power of the Press' will be screened on Tuesday, Jan. 3 at 6 p.m. in the Carpenter Memorial Auditorium.

Other screenings this year at the Manchester City Library include:

• Tuesday, March 7, 2017, 6 p.m.: 'The Shamrock and the Rose' (1927) starring Mack Swain, Olive Hasbrouck; prepare for St. Patrick's with this vintage ethnic comedy about the Irish Kellys family and the Jewish Cohens, neighbors in home, rivals in business—and now forced to deal with an unexpected inter-family romance!

• Tuesday, April 4, 2017, 6 p.m.: 'Othello' (1922) starring Emil Jannings, Werner Krauss; we celebrate Shakespeare's birthday (he died this month, too) with an early silent version of the bard's immortal tragedy as brought to the screen in an early German version.

• Tuesday, June 27, 2017, 6 p.m.: 'Tempest' (1928) starring John Gilbert, Camilla Horn; epic drama in which an officer in the Czar's army (Barrymore) falls hard for a haughty princess (Horn), who spurns him and causes him to be stripped of rank. But the tables are turned with the Russian revolution, which upends the aristocracy and puts the soldier and the princess at the mercy of forces that no one can control.

• Tuesday, Aug, 1, 2017, 6 p.m.: 'Christine of the Big Tops' (1926) starring Pauline Garon, Cullen Landis; raised in a traveling circus, young orphan Christine is eager to prove her worth on the trapeze. But her real challenge is choosing between the affections of her Guardian and a young doctor.

• Tuesday, Sept. 5, 2017, 6 p.m.: 'The Shield of Honor' (1927) starring Neil Hamilton; long before he played Commissioner Gordon in the iconic 1960s 'Batman' TV show, Neil Hamilton was a leading man, saving the day and getting the girl in a steady stream of films throughout the silent era. This vintage crime drama is a good example of his output.

• Tuesday, Oct. 3, 2017, 6 p.m.: 'Waxworks' (1924) with Emil Jannings, Conrad Veidt, and Werner Krauss; just in time for Halloween: in this masterwork of the German Expressionist movement, a trilogy of terror is woven around the wax figures of a carnival sideshow.

• Tuesday, Nov. 14, 2017, 6 p.m.: 'What Price Glory' (1926) starring Dolores del Río, Victor McLaglen; in the midst of World War I, two American GIs battle each other for the affections of a local girl in France. Comedy/drama was a big sprawling hit.

• Tuesday, Dec. 5, 2017, 6 p.m.: 'Upstream' (1927); backstage intrigue is the name of the game in this John Ford-directed feature film that was considered lost for decades until a copy was recently unearthed in New Zealand.

All screenings are free and open to the public, and take place in Carpenter Memorial Auditorium, Manchester Public Library, 405 Pine St., Manchester, N.H.

The next film in the Manchester City Library's series of silent cinema with live music is 'The Power of the Press' (1928), directed by a very young Frank Capra, which will be shown with live music by Jeff Rapsis on Tuesday, Jan. 3, 2017 at 6 p.m.