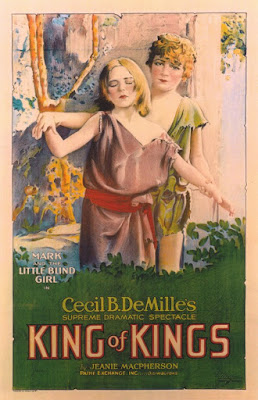 From 'King of Kings': the blind child before meeting you-know-who.

Hippity, hoppity, Easter's on it's way. So it's high time to resurrect a big silent Biblical epic for a screening near you.

Near you, that is, if you're near the Flying Monkey Moviehouse in Plymouth, N.H. That's where I'll be doing live music on Thursday, April 13 for a screening of 'The King of Kings,' Cecil B. DeMille's 1927 crucifixion extravaganza.

Just like the Catholic church, Cecil knew what made a good show. So whatever your feelings about Easter or religion, there's nothing quite like this mix of spirituality and showbiz schmaltz.

Hope you can join us in the pews of the Flying Monkey cathedral to worship the silver screen. Details in the press release below. 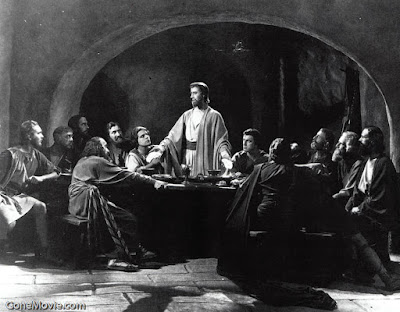 The Last Supper, recreated in 'The King of Kings.'

'King of Kings’ to be screened with live music on Thursday, April 13 at Flying Monkey

PLYMOUTH, N.H.—It was the original big-screen blockbuster, an epic movie on a grand scale depicting the greatest story of all: the crucifixion and resurrection of Jesus Christ. Directed by Cecil B. DeMille and featuring a cast of thousands, ‘The King of Kings’ (1927) stands as one of the sensations of Hollywood’s early days.

In honor of this year’s Easter season, a restored print of ‘The King of Kings’ will be screened with live music on Thursday, April 13 at 6:30 p.m. at the Flying Monkey Moviehouse and Performance Center, 39 South Main St., Plymouth, N.H.

The screening is a chance to experience this landmark film as it was intended to be seen: in a high quality print on the big screen, with live music and with an audience. Live music will be performed by Jeff Rapsis, a New Hampshire-based silent film accompanist.

Tickets are $10 per person. 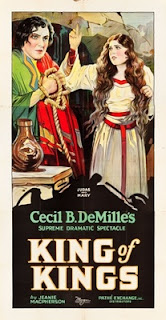 As a movie, ‘The King of Kings’ was designed to push the limits of Hollywood story-telling. Director DeMille, already famous for over-the-top historical epics such as the original ‘Ten Commandments’ (1923), demanded and got a then-astronomical budget of $2 million, which he used to construct massive sets, hire thousands of extras, and stage an enormous earthquake at the film’s climax.

“The monumental devastation unleashed by Christ’s crucifixion dwarfs even the cataclysmic Holy Grail finale of ‘Indiana Jones and the Last Crusade,’ ” wrote film historian Charles Musser in 1992, observing that “raw material and non-union labor gave more bang for the buck in 1927.”

The film was considered daring as the first mainstream Hollywood picture to depict the actions and life of Jesus on-screen in great detail, paving the way for future generations of filmmakers.

Although the movie’s title cards quote directly from scripture, ‘The King of Kings’ was not a scholarly depiction of scenes from the Bible. Rather, it was created to emphasize drama and conflict, prompting DeMille to change many aspects of the story as traditionally related in the New Testament Gospels. DeMille even spiced things up by including teams of zebras and other exotic non-native creatures in the film.

Because of this, 'The King of Kings' was regarded as blasphemous by some, and proved “as controversial in its day as Martin Scorsese’s ‘The Last Temptation of Christ’ was in 1988,” Musser wrote. “Although DeMille made his film under the pious supervision of clergy, he managed to titillate audiences with the same heady mixture of sex and moralism that had made...earlier films so successful.”

Outrage or not, audiences flocked to the 2½-hour epic, which was released in May 1927 and quickly broke box office records for attendance in the U.S. and around the globe. Audiences regarded it as grand entertainment.

The cast included early Hollywood star H.B. Warner as Jesus Christ, winning plaudits for his portrayal of the lead role. (Warner’s later roles included druggist Mr. Gower in Frank Capra’s 1946 Christmas classic ‘It’s a Wonderful Life.’) Peter is portrayed by character actor Ernest Torrence, famous as Captain Hook in the original version of ‘Peter Pan’ (1924); the role of Judas is acted by Joseph Schildkraut, already a Hollywood veteran who later went on to play Nicodemus in ‘The Greatest Story Ever Told’ (1965), a much-later Hollywood epic on the same topic. 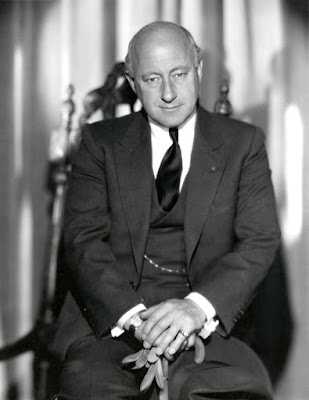 To enhance the film’s spiritual underpinnings, during production DeMille arranged for a Catholic Mass to be celebrated each morning before shooting started. In a publicity ploy, DeMille also made his stars enter contracts that prevented them from doing anything “unbiblical” for a five-year period; prohibited activities included attending ball games, playing cards, frequenting night clubs, swimming, and riding in convertibles.

The film’s sets ended up being so massive that they simply weren’t torn down, and so wound up appearing in several other pictures. A giant gate built for ‘The King of Kings’ was later used in 1933’s ‘King Kong.’ Some of the original sets were finally lit ablaze in 1939 for the burning of Atlanta in ‘Gone with the Wind.’

Critics remain impressed by the film’s epic sweep, although they often dismiss how DeMille pandered to a mass audience. “It’s a stupendous exhibition by any standard, though you can practically smell the sawdust and greasepaint,” wrote critic Peter Matthews in 2004. “Despite the baloney (or because of it), ‘The King of Kings’ captures the fervor of naïve devotion. On that level, the movie is a genuinely uplifting experience,” Matthews wrote.

'King of Kings' will be screened with live music performed by silent film accompanist Jeff Rapsis.

Rapsis, who uses original themes to improvise silent film scores, said great silent film dramas such as 'King of Kings' used their lack of dialogue to create stories that concentrated on the "big" emotions such as Love, Despair, Anger, and Joy. Because of this, audiences continue to respond to them today, especially if they're presented as intended — with a live audience and live music.

"Dramas such as 'King of Kings' were created to be shown on the big screen as a communal experience," Rapsis said. "With an audience and live music, they still come to life as their creators intended them to," he said.

'King of Kings' is the latest in a monthly series of silent films presented with live music at the Flying Monkey. The series provides local audiences the opportunity to experience silent film as it was intended to be shown: on the big screen, in good-looking prints, with live music, and with an audience.

Upcoming events in the Flying Monkey's silent film program include:

See? I told you there were zebras! 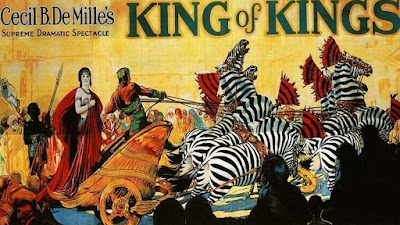