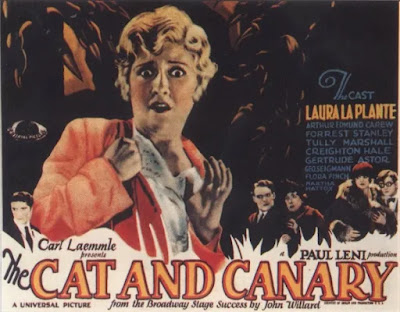 What? I have to travel basic economy?!

Tonight I head off to London, where I'll accompany a screening of the great Paul Leni thriller 'The Cat and the Canary' (1927) tomorrow night at the Kennington Bioscope.

It's one of the most visually spectacular silent features ever made, I think. And I hope the music I have in mind will be worthy of what Leni put on screen.

I'll also do some business in London and Amsterdam before heading back to Boston on Thursday afternoon, arriving less than 48 hours after I left. Quick trip!

And I have to think: what an age we live in when it's possible to transfer yourself across the North Atlantic in less time than it takes for me to get through an issue of the Economist.

(That's how I get to sleep by the way. No drugs for me! Just buy the current issue of the Economist, open up any page, and in 10 minutes I'm dozing off. Works every time!)

What a difference from, say, when John Adams set out to win support from France for the then-new United States, and it took weeks, and then they were chased by actual pirates, and wound up landing in Spain, and then had to ride donkeys over the Pyrenees. 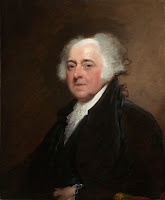 What would Adams make of us jetting at high speed seven miles above the ocean, making a journey so quick that there's not enough time for a decent night's sleep? (Unless you buy the Economist.)

Speaking of which: I've done this before, and I now know that the evening after an overnight trans-Atlantic flight is not the best time to be in top form when creating live music for a demanding feature film.

So I've built in a little down time on Wednesday afternoon to help things come together later that evening. Jeffie needs his nap time!

After all, don't want to disappoint those in the audience, which will include film historian Kevin Brownlow, who's scheduled to introduce the picture. (And they're running his 35mm print of the film, which I can't wait to see.)

When I get back, mud season in New Hampshire can only mean comedy!

And so the film calendar heads into a patch of hilarity in small towns throughout the Granite State. 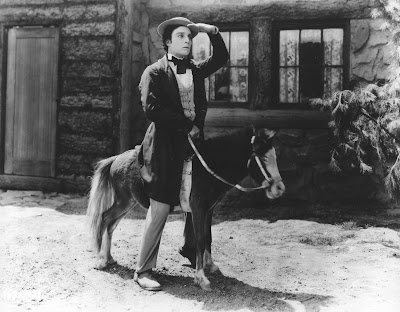 And I'm especially excited about an unusual program coming up Sunday, March 31 at the Aeronaut Brewing Co. in Somerville, Mass.

The Aeronaut has done a splendid job promoting this event, so I'm pasting in the press release below in an attempt to encourage you to attend.

Unless you'd rather spend time with the Economist! 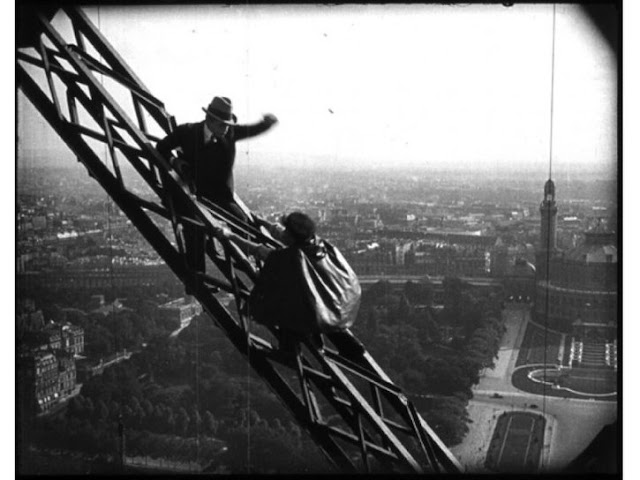 In Paris, high above it all.