Tonight: 'Mystery of the Eiffel Tower' (1927)
at Aeronaut Brewing Co. in Somerville, Mass. 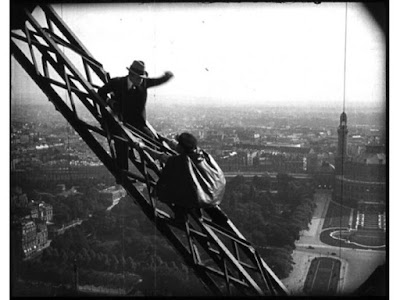 A scene from the climax of 'The Mystery of the Eiffel Tower.

Yes, on this day in 1889, Gustav Eiffel's eponymous tower was declared open to the public!

And what better way to celebrate the 130th birthday of this iconic landmark than with a movie that features it in a starring role?

Admission to this event, the first "volume" of the Aeronaut's new Silent Film Club, is $10 per person.

More info about this remarkable early thriller is in the press release tacked onto the end of this post. Hope to see you there!

For now, let me share a few pictures of Friday's night's excursion to Winchester, N.H., where I accompanied a screening of Harold Lloyd's 'Safety Last' (1923) sponsored by the local Grange chapter and the historical society.

The venue was Winchester Town Hall, which is a surprisingly imposing structure built in the style of a Gothic fortress. 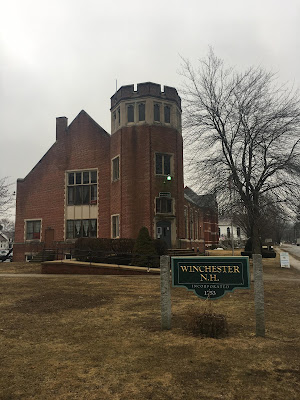 Welcome to my castle!

Set-up was fairly straightforward, with the local folks providing a snazzy movie screen cleverly engineered out of a Queen-sized sheet from Wal-Mart. 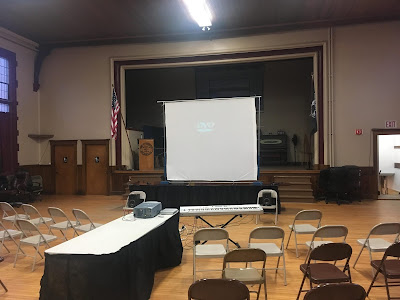 .Ready for the show.

I think the key to the screen was the use of sturdy plastic zip ties to keep the sheet stretched out tight as a drum: 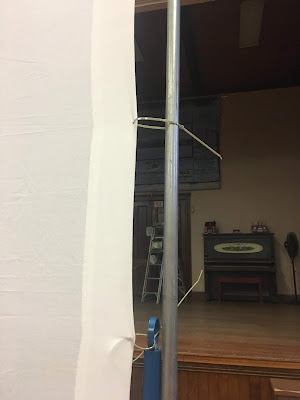 Alas, turnout was a bit light. But that might be due to how much else seems to be going on in town lately. In the picture below, try to find our poster: 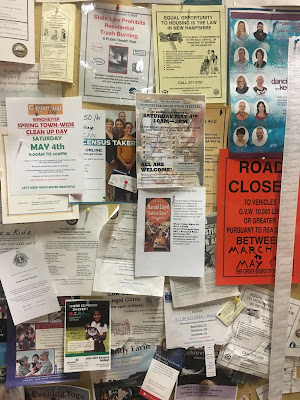 But the good news was that even with just a handful of people, Harold's work produced a good amount of strong laughter. That's quite an achievement for a film made nearly a century ago!

And I had to be careful with the music, because the Winchester Town Hall is one of those venues with extremely lively acoustics. It would be really easy for music to overwhelm the comedy, which in turn would prevent people from hearing each other laughing.

But a good time was had by all, and I hope that will be the case with 'The Mystery of the Eiffel Tower' down at the Aeronaut Brewing Co. this evening.

Here's the press release. Hope to see you there!