Tonight (Wednesday, 7/24) in Arlington, Mass.: One last voyage to the moon at Regent Theatre 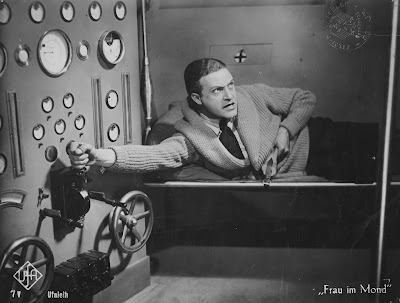 Never mind the Apollo astronauts. I've been to the moon no less than four times in the last 10 days!

Take that, Richard Branson and Elon Musk and Jeff Bezos and all you other billionaire wannabees!

And I make my final voyage tonight, when the Regent Theatre in Arlington, Mass. screens Fritz Lang's epic moon journey pic, 'Woman in the Moon' (1929) at 7 p.m.

Details are in the press release below.

Yes, it's the fourth time I've blasted off for the moon since earlier this month: Saturday, July 13 in Brandon, Vt.; Wednesday, July 17 in Ogunquit, Maine; Thursday, July 18 in Concord, N.H., and now tonight in Ahh-lington, Mass.

That's a lot of space travel. Wish I got frequent flier credit for all these journeys.

Lots more coming up but wanted to make sure: your last chance to travel with me to the lunar surface (until anyone asks me to accompany 'Woman in the Moon' again) is tonight at the Regent in Arlington. 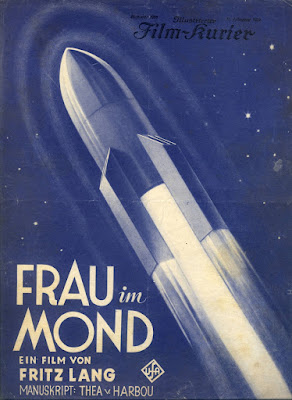 
'Woman in the Moon,' early sci-fi fantasy about mankind's first space mission, to be screened Wednesday, July 24 with live music

ARLINGTON, Mass.—A sci-fi adventure hailed as the first feature film to depict realistic space travel will be screened this month at the Regent Theatre in honor of the 50th anniversary of Apollo 11.

The screening is open to the public. Admission is $10 per person in advance, or $12 on day of show. Tickets may be booked online at www.regenttheatre.com.

"We felt it was worth marking this important milestone by sampling visions of space travel before the Apollo program put mankind on the moon," said Leland Stein of the Regent Theatre. "And what better way to do that was to go back to the silent era and 'Woman in the Moon,' an epic fantasy about the German space program that never happened." 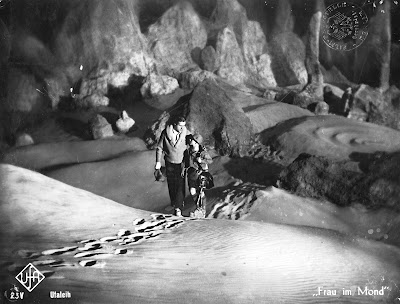 Visiting the moon is no day at the beach, although both places features a lot of sand.

The film's showing at the Regent coincides with the 50th anniversary to the day (July 24) that Apollo 11 astronauts Neil Armstrong, Buzz Aldrin, and Michael Collins splashed down after their successful voyage to the moon. It's also the 90th anniversary of the original theatrical release of 'Woman in the Moon.'

"This is a great and at-times bizarre film, one that must be seen to be believed," said Jeff Rapsis, a New Hampshire-based silent film accompanist who will create live music for the Regent's screening. "It's as entertaining as any spy-thriller. And as a past vision of a future that didn't quite come to be, it really gets you thinking of time and how we perceive it." 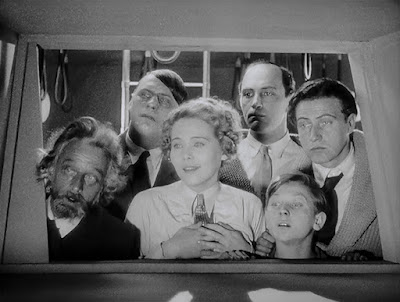 When traveling to the moon, big windows make a lot of sense.

‘Woman in the Moon’ will be shown with live music on Wednesday, July 24 at 7 p.m. at the Regent Theatre, 7 Medford St., Arlington, Mass. The screening is open to the public. Admission is $10 per person in advance, or $12 on day of show. Tickets may be booked online at www.regenttheatre.com.

For more info on the music, visit www.jeffrapsis.com.
Posted by Jeff Rapsis at 11:15 AM