Ranching and boxing and Buster, oh my! Accompanying a Keaton double bill Friday, 12/11 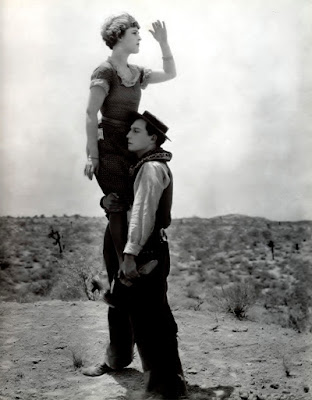 Only a handful of shows this month as the holiday season kicks into high gear.

Although the pandemic continues apace, the Flying Monkey Moviehouse and Performance Center provides a safe environment: one large enough for audience members to practice social distancing and still enjoy the cinema experience.

For more about the program, check out the press release pasted in below.

What will 2021 bring? Darned if I know. But I intend to keep plugging away at silent film accompaniment, learning the craft and developing my own scoring voice and vocabulary.

A lot of screenings are already booked, and I expect more as the next few months unfold, especially if the pandemic starts to subside.

I would like to put more time and energy into writing things down. I'm carrying around a backlog of ideas and projects, and it's starting to be too much to keep lugging around.

Plus it might be the year I finally write out the answers to the most commonly asked questions about what I do and why I do it.

But for now, there are films in need of music, including the two Busters this weekend. Hope to see you there! 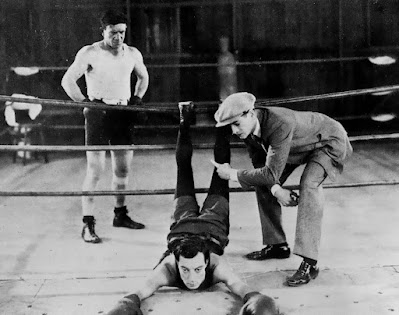 See for yourself with a screening of two of Keaton's classic features, 'Go West' and 'Battling Butler,' on Friday, Dec. 11 at 6:30 p.m. at the Flying Monkey Moviehouse and Performance Center, 39 S. Main St., Plymouth.

The family-friendly films will be shown with live musical accompaniment by Jeff Rapsis, a New Hampshire-based performer regarded as one of the nation's leading silent film musicians. 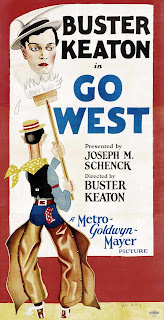 In 'Go West' (1925), Buster heads out to ranch country, where the stone-faced comedian encounters romance with—a cow! Can he save his love from a trip to the livestock yards? Rustle up some belly laughs as Buster must once again prove himself worthy to all those who doubt him.

'Go West' was an unusual film for Keaton. With its portrayal of a down-and-out wanderer who becomes a reluctant hero, 'Go West' could have been a vehicle for Charlie Chaplin’s Little Tramp.

The film was praised by critics and did well at the box office.

Co-starring in 'Go West' is a sad-faced cow named Brown Eyes, with whom Keaton worked extensively prior to the filming. Brown Eyes received a credit in the movie, and even got a salary for her acting — $13 a week.

Much of 'Go West' was shot on location in Kingman, Ariz., during the summer of 1925, in temperatures approaching 120 degrees.

'Battling Butler' (1926) tells the story of pampered millionaire Alfred Butler (Keaton) who tries to impress the girl of his dreams (Sally O'Neil) by pretending to be a championship boxer with same name.

But while making films, Keaton never thought he was an artist, but an entertainer trying to use the then-new art of motion pictures to tell stories and create laughter. 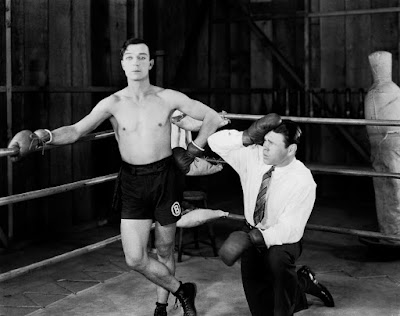 Keaton shows off his physique as a gloved warrior in the boxing ring.

Keaton entered films in 1917 and was quickly fascinated. After apprenticing with popular comedian Roscoe "Fatty" Arbuckle, Keaton went on to set up his own studio in 1920, making short comedies that established him as a one of the era's leading talents.

A remarkable pantomime artist, Keaton naturally used his whole body to communicate emotions ranging from sadness to surprise. In an era with no special effects, Keaton's acrobatic talents meant he performed all his own stunts.