Once-lost swashbuckler 'Bardelys' this week in Plymouth; report on 'The Kid' in Newport, R.I. 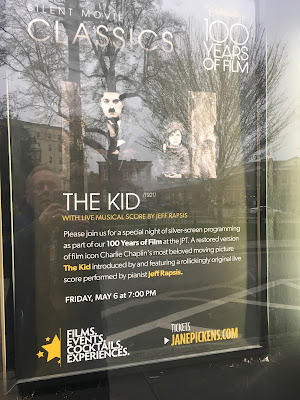 Portrait of the artist taking a photo of the poster for 'The Kid.' I'm visible as a reflection at left.

This week it's off to Plymouth, N.H., where I'll accompany a screening of the lost-but-rediscovered MGM swashbuckler 'Bardelys the Magnificent' (1926) on Wednesday, May 11.

Show time is 6:30 p.m. I'd forgotten how much fun this film was, as I hadn't seen it since it was re-issued about 10 years ago after a nearly complete print was discovered in France.

Lots more info in the press release below. For now, a few thoughts about a screening of 'The Kid' (1921) in Newport, R.I. and the excitement of performing for an audience where silent films aren't a regular part of the programming.

In Newport, the screening of Chaplin's 'The Kid' at the historic Jane Pickens Theatre (a single screen downtown moviehouse 100 years old this year!) was a direct outgrowth of a screening of 'The General' last February.

The venue ran Keaton's Civil War epic in partnership with a local bookstore, which had brought in author Dana Stevens to speak about her new book 'Camera Man.' I came down to do live music, and so made my first-ever visit to Newport, despite being a life-long New Englander. (I'm more of a "North of the Mass. Pike" kind of guy, but that's another story.)

Although the "JPT" (as it's called) runs all kinds of film (first-run, classics, foreign, independent), it seems silents with live music haven't been on the menu, despite the console of the venue's original theater organ still in place. (The pipes are still there as well, mummified in the walls.)

But 'The General' was so well-received, manager Alex Whitney was open to the idea of running other silent-era titles. He readily programmed a screening of 'Nosferatu' next October, right before Halloween, which I can't wait to accompany and which I'm sure will fill the house.

So we talked about perhaps other silents in between, with me making the case that such programming was in keeping with the theater's roots as a silent movie house, but also an experience that can't be duplicated at home or via streaming. I also advocated for some kind of regular series as a way to build an audience over time.

My fellow silent film accompanist Ben Model often speaks of "audience preservation," a big part of keeping the silent film experience going. In the case of Newport, it's "audience development"—trying to create and sustain enough interest in the form so that it's worth it for a theater to program. 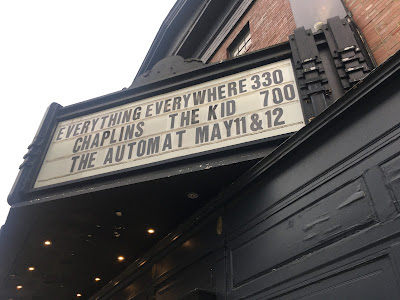 Alex wasn't ready to commit to a regular slate of silents, but he was intrigued enough to program 'The Kid,' with everyone crossing their fingers that an audience would materialize, even without the added attraction of a book-signing.

And I'm pleased to report that it did: about 60 paid admissions. The result was an audience that responded strongly throughout Chaplin's comedy/drama, and was full of questions before and after the show. Most had never experienced a silent film with live music.

And the questions were really basic, ground-level inquiries (Where do you get these films? Are you playing the original score?) that reminded me that many attendees were right at the beginning of a wonderful journey of discovery, if they chose to pursue it.

Comedies such as 'The Kid' were the "gateway drug," I said, to a world of cinema that is of course not new anymore, but is new to us. It's a different kind of cinema that at its best is a very different movie-going experience that what you're used to—with stories told visually (by necessity) that tend to be more abstract and universal and more about the big emotions such as Love (with a capital L) or Fear or Joy or Jealously, and with no dialogue to get in the way, and with music helping stir your own reactions to the story as it unfolds on-screen, and with not just comedies, but dramas, thrillers, adventures, and more, and all with the added bonus today of showing us (in many films) what life was life for ordinary people just living their day-to-day life, but in narratives underpinned by stories driven by universal elements of the human experience that speak to us even today, because we're still human beings. And so on.

Wow! Didn't mean to go all William Faulkner there, but that's what happens when I get excited. And how exciting to think that the Newport film-going community was on the threshold of experiencing a world of movies—silent ones—but which can still speak to us today.

And it helped that the Jane Pickens has excellent acoustics for what I do and how I do it. The sound from my two ancient Roland speakers bounces right off the wooden stage floor and really fills the house. Nice!

You could tell by the questions that people were into it. The back-and-forth continued in the theater long after the public Q & A finished. One gentleman (another Jeff) came up with greetings from film accompanist Donald Sosin, an old school chum of his with whom he keeps in touch, and who was on the other coast at the San Francisco Silent Film Festival. I considered that a good omen for Newport.

So what's next? Other than 'Nosferatu' in October, nothing specific right now. But we've managed to build regular silent film series in locations as disparate as Brandon, Vt. (our 11th season starts this weekend!) Ogunquit, Maine (another seaside community with a vintage theater) and Plymouth, N.H., where I'm accompanying 'Bardelys the Magnificent' tomorrow night.

So I'm hoping Newport can be a good home for silent cinema, too. Time will tell.

And now it's time for info about 'Bardelys the Magnificent'—the press release is below, and hope to see you at the Flying Monkey in Plymouth, N.H. 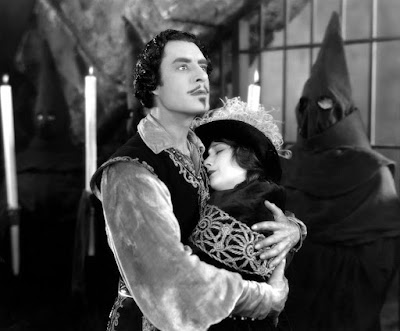 John Gilbert, Eleanor Boardman, and executioner in 'Bardelys the Magnificent' (1926).

Rediscovered silent film swashbuckler to 're-premier' in Plymouth, N.H. on Wednesday, May 11

'Bardelys the Magnificent' (1926), long thought lost until a copy was found in Europe, to be screened with live music

PLYMOUTH, N.H.—A major Hollywood feature—considered lost for decades until a copy surfaced in France in 2006—will soon return to the big screen.

'Bardelys the Magnificent' (1926), a big-budget MGM release starring John Gilbert and Eleanor Boardman, will be screened on Wednesday, May 11 at 6:30 p.m. at the Flying Monkey Moviehouse and Performance Center, 39 South Main St., Plymouth, N.H.

Live music for the movie will be provided by silent film accompanist Jeff Rapsis. Admission to the screening is $10 per person.

Based on a novel by prolific Italian/English author Rafael Sabatini, 'Bardelys the Magnificent' is a tale of romance, honor, and derring-do set during the reign of King Louis XIII of France.

The story follows the adventures of French nobleman Bardelys, who assumes the identity of a dead man to be close to the woman he loves.

The ruse backfires, however, when it turns out the dead man is wanted for treason against the King. This propels Bardelys into a series of swashbuckling adventures as he must avoid being caught and executed, all the while pursuing his beloved. 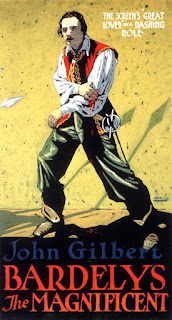 The title role is played by legendary leading man John Gilbert, then at the height of his 1920s stardom and popular for his good looks, magnetic personality, and athletic stunts.
Actress Eleanor Boardman plays Roxalanne, his love interest; the huge cast includes many silent film-era stars and supporting players.

The picture was a solid hit in its original release, making money and enhancing the reputations of everyone involved.

Later, MGM's rights to the Sabatini novel expired in 1936, and the studio destroyed all copies per the licensing agreement. It was only later that archivists realized that no other copies of the film were known to have survived anywhere.
For seven decades, the only footage of 'Bardelys the Magnificent' known to exist was in the form of a brief clip included in a movie theater scene in 'Show People,' another Vidor picture. 'Bardelys' was regarded as a major lost feature film from the silent era.

Then, in 2006, researchers in France discovered an almost complete copy of 'Bardelys the Magnificent' in a private collection. The print was missing about 10 minutes of footage, but was otherwise intact and in excellent condition.
The missing footage is replaced with still photos taken on the set, written descriptions, and by footage recovered from a 'Coming attractions' trailer for the film.

Restoration was completed in 2008; the film was subsequently released on DVD, and has since been screened at several festivals around the country.

Silent films were produced until 1929, when talkies arrived. About 80 percent of all movies made during the silent era are now lost due to decomposition, carelessness, fire, or neglect.

But copies of "missing" films still occasionally turn up in archives and collections around the world, so researchers and archivists continue to make discoveries. 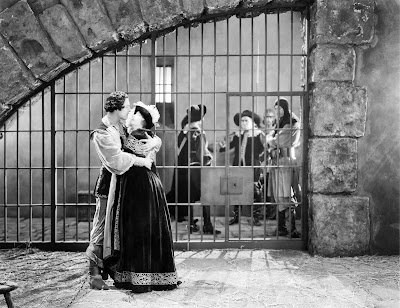 "What I try to do," Rapsis said, "is create music that bridges the gap between a film that might be 90 or 100 years old, and the musical expectations of today's audiences."

The screening of 'Bardelys the Magnificent' is the latest in the Flying Monkey's series celebrating films that recently entered the public domain.

To mark the occasion, the Flying Monkey is showcasing vintage 1926 comedies, dramas, and adventure films, all with live music, and all now in the public domain.

'Bardelys the Magnificent' will be shown on Wednesday, May 11 at 6:30 p.m. at the Flying Monkey Moviehouse and Performance Center, 39 South Main St., Plymouth, N.H.