Here's the text of a press release that just went out on a show coming up in Brandon, Vt. Really looking forward to this one! 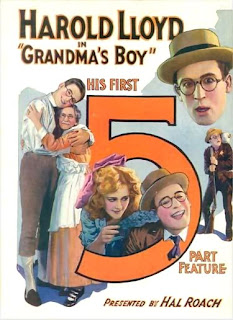 BRANDON, Vt.—The silent film era returns to the big screen at Brandon Town Hall in Brandon, Vt. this summer with the screening of a classic silent comedy and short subjects, all accompanied by live music.

Showtime is Saturday, Aug. 14 at 7 p.m. All are welcome to this family-friendly event; admission is by free will donation. Proceeds will benefit the ongoing restoration of Brandon Town Hall.

Live music will be performed by Jeff Rapsis, a New Hampshire-based composer who specializes in scoring silent films and accompanies screenings throughout New England. Using original themes created beforehand, Rapsis improvises the music live as the films are shown. 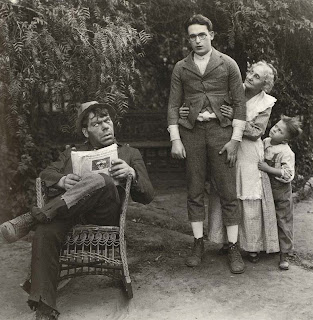 'Grandma's Boy' tells the story a cowardly young man (Harold Lloyd) who seeks the courage to battle a menacing tramp who terrorizes his small hometown. Audiences loved 'Grandma's Boy,' which helped established Lloyd as a major star. In revival, 'Grandma's Boy' continues to delight movie-goers and serves as a great introduction to the magic of silent film. It also provides a marvelous window into small town American life a century ago.

Despite his megastar status in the 1920s, Lloyd is largely unknown to today's audiences.

With the release of Lloyd's films on DVD in 2003, audiences are rediscovering his timeless genius. The DVD reissue sparked a demand for screenings in theaters, where the Lloyd films continue to cast their spell on audiences. Shown in a theater with live music, Lloyd's features maintain their power to delight movie-goers. 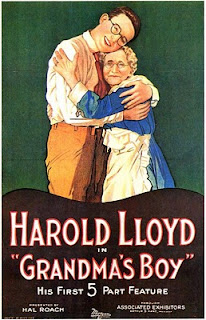 "Times have changed, but people haven't," Rapsis said. "The Lloyd films were designed to be shown in a theater with an audience, and to appeal to a worldwide audience, and their universal themes haven't lost any power," said Rapsis, who has performed music for silent films in venues ranging the Donnell Library in New York City to the Kansas Silent Film Festival.

The silent film program will showcase the rejuvenated Brandon Town Hall Community Center, which reopened in 2008 after extensive renovations and has since hosted a variety of events.

Restoration work continues by the Friends of the Brandon Town Hall, a non-profit organization leading the effort. The group hopes to return the hall to its role as the civic and cultural center of Brandon by 2011, when Brandon will celebrate the hall's 150th anniversary and the town's 250th anniversary.

"Brandon Town Hall is an excellent venue for the silent film experience, with first-class projection facilities installed last year and wonderful acoustics," said Rapsis, who accompanied the silent film 'When Lincoln Paid' (1913) last June at the town hall as part of the recent "Marching Through Brandon" celebration.