Honor Memorial Day with 'The Flying Fleet' on Sunday, May 27 in Wilton, N.H. 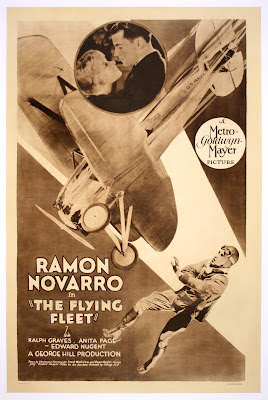 I'm behind in getting out press materials for upcoming screenings, but here's a quick preview of our screening this weekend of 'The Flying Fleet.' It's a 1929 drama starring Ramon Navarro, Ralph Graves, and Anita Page, and we're running it on Sunday, May 27 at 4:30 p.m. at the Wilton Town Hall Theatre in Wilton, N.H. Admission is free, and it's a nice way to tip our cap to all who've served in the U.S. armed forces.

Though the film focuses on the U.S. Navy, it's really about aviation, at least as it was practiced by that branch at the time. And yes, although it's a romantic drama, "...the real stars of this movie, made with the full cooperation of the Navy, are the planes and the flying."

That's according to a review on the Web site DVD Talk. Continuing on: "The plot is pretty thin but the aviation sequences more than make up for that. At the time this film was made bi-planes were state of the art and it's amazing to see the ground crew hand-cranking the engines to get them started. Even the advanced plane that is to be flown to Hawaii is a four-person twin engine craft with open cockpits. The crew has to communicate by passing hand written messages, the navigator takes sightings with a sextant, and the communications officer sends updates in Morris Code. It seems so primitive from this point in time."

Here's a link to the full review if you want more details. So it's not 'Wings' (the classic flying film from 1927), but 'The Flying Fleet' is a rarely screened aviation adventure that I'm really looking forward to this weekend. Hope to see you there! 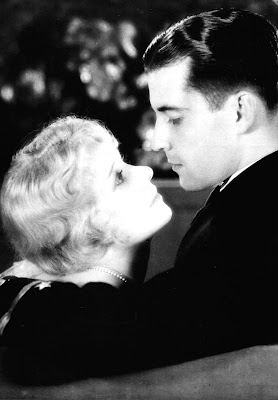 And here's an interesting note: Anita Page, just 18 years old at the time 'The Flying Fleet' was made, remained with us all the way up until 2008, when she died at the ripe old age of 98, one of the last surviving stars of the silent era.

'The Flying Fleet' (1929) will be screened with live music on Sunday, May 27 at 4:30 p.m. at the Wilton Town Hall Theatre, 60 Main St., Wilton, N.H. Admission is free; donations accepted. For more information on the theater, visit www.wiltontownhalltheatre.com.
Posted by Jeff Rapsis at 6:47 AM