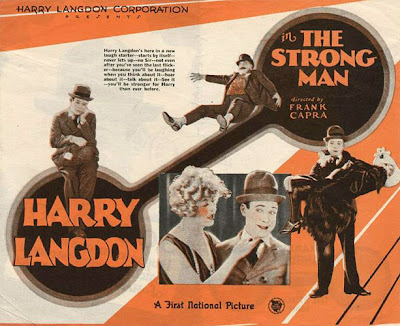 It's early Sunday morning (1 a.m.) and I've just completed the two-and-a-half hour drive home from Brandon, Vt., where this past evening we screened Harry Langdon's 'The Strong Man' (1926) to an audience of 90 people. I actually covered the 145.2 miles in 2 hours and 28 minutes, and 50 seconds. But who's counting?

It's been a busy time, but before hurtling headlong into the week to come, I felt compelled to record a few impressions of this event, as well as a showing of 'Wings' (1927) in Plymouth, N.H. that took place on Thursday, June 14.

Both screenings were well attended, with close to 100 people showing up for each. That's a pretty healthy turnout in my world, and it really makes a difference in getting the audience involvement thing going, I've found. Not sure if there's any specific reason for it other than good films and effective publicity.

In Plymouth, our 'Wings' screening was marked by my use of the goofiest introduction I think I've ever come up with. After finishing my opening warm-up improv, I turned around to find an unexpectedly large audience! I was so delighted it brought out the comedian in me: "Thank for you coming to our screening of 'Wings,' the greatest movie ever made about American's favorite bar food." I got laughs. "Thank you—I've been practicing that line all day," was my response.

In Brandon, I absolutely nailed music for Buster Keaton's short feature 'Sherlock Jr.' (1924), with everything falling into place. Audience reaction was big right from the get-go. Things went equally well for the main attraction, Harry Langdon's 'The Strong Man' (1926), for which we got spontaneous applause at the climax, when Harry's cannon causes the walls to come tumbling down.

The more I see of 'The Strong Man,' the more I admire it. Yes, it's widely thought of as Langdon's strongest feature, and credit is given to a very young Frank Capra, whose direction helped it immensely, I'm sure. But in addition to the comedy (from Langdon) and the strong story (from Capra), this film stands as a remarkably poetic illustration of some very important and timeless ideas. 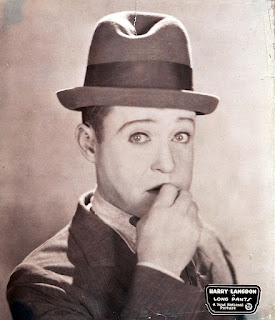 What ideas? Well, how about 'The Meek Shall Inherit the Earth?' And poetry? For starters, consider how the movie takes the whole "Strong Man" circus/vaudeville imagery and catapults it into the arena of morality: in this case, the division between the peaceful Cloverdale residents and the newly arrived saloon crowd.

And take the Cloverdale townsfolk, who march through the streets singing 'Onward Christian Soldiers' in search of their savior? And then there's Harry, on stage at the saloon before a disbelieving audience, attempting to perform miracles (and succeeding, for a time), and whose antics are climaxed by an ascent to the heavens (just to the rafters, but out of view of the audience), followed by a resurrection that includes doves (of peace?) flying out of his pants. 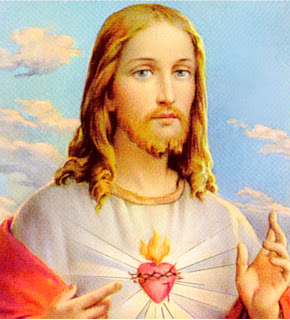 Harry as Jesus? That's a little much, especially because Jesus never wore a hat. But a lot of 'The Strong Man' resonates in this fashion. And then there's Harry's hopeless search for a girl he's never met, only to discover that she's blind, but then it's her very lack of sight that allows her to see the best in him.

Boy, don't get me going or we'll have a doctoral dissertation on our hands. But really, the film is that rich.
Posted by Jeff Rapsis at 12:56 AM