My Mid-Winter Big City Tour:
A quartet of silent films in Beantown

In my part of the world, the big city is BOSTON. It's about an hour south of here by car, unless you're driving there during the morning rush, in which case you should budget three hours. (No kidding! Just look at the bus schedules.)

As I've tried to build my proficiency at creating live music for silent films, I've become more eager to get gigs down in Boston, otherwise known to us as Beantown or, more grandly, "the HUB of the UNIVERSE."

Whatever you call it, around here it's the big time—New England's world-class city, a center of finance, culture, education, research, medicine, technology, and hopelessly obsessed sports fans. (And starting last year, non-stop flights to Tokyo on the new 787, when the plane isn't catching fire.)

I've had a few gigs in Boston. But for some reason, recently the stars came together to bring me no less than four screenings in four separate venues in the coming month. A quartet of silent film diversity! And though it wasn't planned this way, I'm thinking of it as my "Mid-Winter Big City Tour," with silent films filling up that dead space in the calendar between MLK Day and Valentines Day.

Truth by told, even if this had actually been planned, it would seem pretty random. But still, I was impressed enough by the synchronicity of the bookings (they just happened!) to send out a press release today to the Boston media that reads like this: 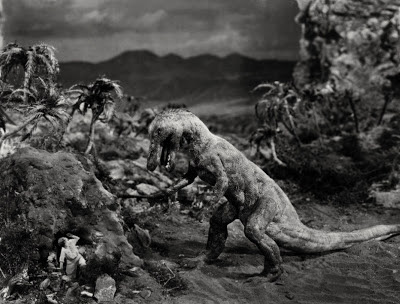 Bessie Love is menaced by a prehistoric creature in 'The Lost World' (1925), a silent film to be screened with live music by Jeff Rapsis on Friday, Jan. 18 at the Westin Boston Waterfront as part of the 2013 Arisia Science Fiction and Fantasy Convention.

On the big (and silent) screen: Dinosaurs, Satan, Mars, and Romance

That's because Rapsis improvises complete movie scores from scratch, making up the music on the spot as the film runs. As a result, he's never sure how the music will go until the movie is run in real time with an audience.

"It's a high wire act, but I find that improvising music live adds a special kind of energy and immediacy to a silent film," Rapsis said. "It helps bridge the gap between a film that's eight or nine decades old and today's audiences."

In the coming weeks, Rapsis will take his brand of improvisational silent film scoring to four separate Boston area venues for screenings of a quartet of classics from cinema's silent era. The films include Hollywood's first "dinosaur" feature, an adaptation of the 'Faust' legend from director F.W. Murnau, a Russian science fiction film involving a rebellion on Mars, and a rollicking romantic comedy from Harold Lloyd to be screened on Valentine's Day in 35mm.

"They're four very different movies," Rapsis said. "But having them all available for viewing in the next month is a rare chance for Boston-area film fans to experience the breadth and range of early cinema as it was intended: on the big screen, with live music, and with an audience."

The screenings will take place in four locations as diverse as the films themselves:

• On Friday, Jan. 18 at 10 p.m., Rapsis will accompany the original 1925 silent film version of 'The Lost World,' Arthur Conan Doyle's story of a land where prehistoric animals still roam. The screening is a highlight of the film program at this year's Arisia Science Fiction and Fantasy Convention, which runs from Friday, Jan. 18 to Monday, Jan. 21 at the Westin Boston Waterfront.

'The Lost World' will be shown in 16mm in the Weston's Harborside Ballroom 3, which will function as the convention's cinema. The screening is open to registered Arisia attendees; more information can be found at www.arisia.org. 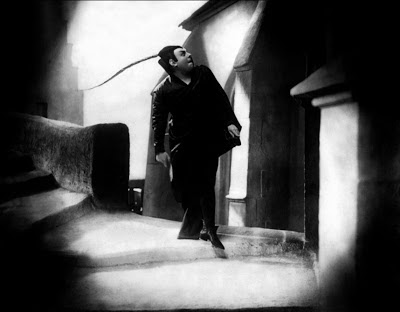 Emil Jannings stars as Mephisto in 'Faust' (1926), a silent feature directed by F.W. Murnau to be shown with live music by Jeff Rapsis on Wednesday, Jan. 23 as part of the 'Dead of Winter: Satan on Screen' series at the Brattle Cinema, 40 Brattle St., Cambridge, Mass.

• On Wednesday, Jan. 23 at 7 p.m., Rapsis will accompany F.W. Murnau's 'Faust' (1926) at the Brattle Cinema, 40 Brattle St., Cambridge, Mass. 'Faust,' an ambitious and visually stunning adaptation of the Faust legend, stars Emil Jannings and was the last film that Murnau directed in Germany before moving to Hollywood in 1927.

'Faust,' part of the Brattle's ongoing "Dead of Winter: Satan on Screen" series, will be paired with a screening of 'Witchcraft Through the Ages,' to be shown at 5:15 p.m. and repeated at 9:30 p.m. 'Faust' will be screened from a remastered digital transfer. Admission for the double feature is $12 general admission. For more information, call the Brattle at (617) 876-6837 or visit www.brattlefilm.org.

• On Sunday, Feb. 10 at 3 p.m., Rapsis will accompany 'Aelita, Queen of Mars' (1924), a Russian science fiction film as part of the 'Cinephile Sunday' series at Wellesley College in Wellesley, Mass. 'Aelita,' directed by Soviet filmmaker Yakov Protazanov, is notable for it constructivist sets; its design influenced pictures ranging from 'Metropolis' (1927) to the Flash Gordon serials.

The program also includes the short French film 'A Trip to the Moon' (1902) by pioneer moviemaker George Méliès. The screenings will take place in Collins Cinema, located in the Davis Museum complex of Wellesley College, 106 Central St., Wellesley, Mass. The program is free and open to the public. 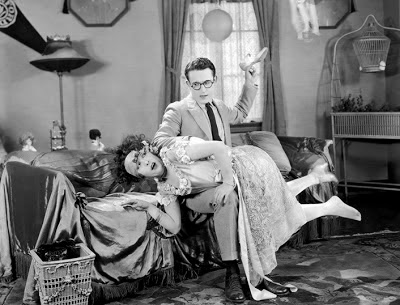 Harold Lloyd takes matters into his onw hands in 'Girl Shy' (1924), a silent romantic comedy to be screened in 35mm with live music by Jeff Rapsis on Valentine's Day, Thursday, Feb. 14 at 7:30 p.m. at the Somerville Theatre, 55 Davis Square, Somerville, Mass.

• On Thursday, Feb. 14 at 7:30 p.m., Rapsis will accompany 'Girl Shy' (1924), Harold Lloyd's effervescent romantic comedy, in the main theater of the Somerville Theatre, 55 Davis Square, Somerville, Mass. 'Girl Shy,' one of Lloyd's most popular features, will be screened with Lloyd's 'Never Weaken' (1921), a short comedy. Both films will be shown in 35mm. General admission is $15 per person. For more info, call the Somerville at (617) 625-5700 or visit www.somervilletheatreonline.com.

In accompanying films, Rapsis tries to subvert the stereotype of silent movie music as "rinky-tink" melodies played on an out-of-tune piano. Instead, he uses a digital synthesizer to recreate the texture of a full orchestra, and aims to create music that sounds like what today's audiences expect to hear when they attend a movie.

"I don't limit myself to authentic music of the silent film era," Rapsis said. "Today, we've all grown up hearing movie music by composers such as Bernard Hermann, John Williams and so many others. In bringing a silent film to life for modern audiences, I try to use the full vocabulary of scoring that's developed over time. I think this helps today's audiences really connect with a silent film, instead of regarding it as a museum piece or a mere curiosity of bygone days." 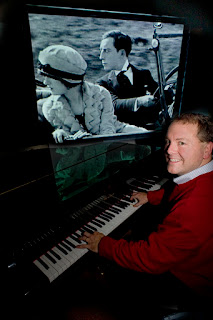 Rapsis, a resident of Bedford, N.H., performs at about 80 screenings each year, mostly around his home base in Northern New England but also at events such as the Kansas Silent Film Festival (February 2013), the Cinefest Vintage Film Festival in Syracuse, N.Y. (March 2013), and the Carnegie Center for the Performing Arts in Covington, Ky. (May 2013).

A lifelong silent film buff, Rapsis believes that the true value of Hollywood's early films can only be appreciated if they're screened as originally intended: on the big screen, with live music, and with an audience present.

"These factors were baked into the films by the people who conceived and created them," Rapsis said. "They weren't designed to be watched alone or on a home entertainment center. They were intended to be communal experiences. The bigger the audience, the better."

Rapsis said his accompaniment experiences have convinced him of how essential all these elements are to silent film.

"And I've seen it happen again and again—a film that seems only mildly interesting when viewed alone just leaps to life on the big screen, with live music and an audience," he said. "Somehow the comedy seems funnier, the drama seems more dramatic, and the action scenes seem more exciting. It was really all part of the experience, which is quite different from what today's movies offer."

"There's still a lot of excitement and power in these early films, if they're shown under the right conditions," Rapsis said. "And it's worth doing because the films are entertaining and in many cases ripe for rediscovery. Also, they provide a sense of why people first fell in love with the movies. Also, with the passage of time, they've become a window to the recent past of a few generations ago — a way to see how much we've changed, and how much we haven't."