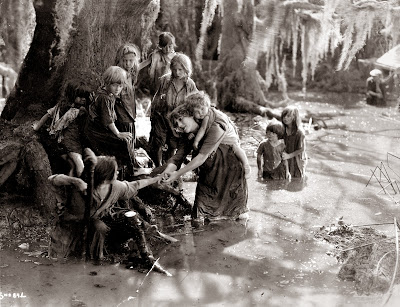 Silent film superstar Mary Pickford leads her fellow orphans through a perilous swamp in a highlight from 'Sparrows' (1926).

Greetings! If you're new to this site and checking it out in connection with the recent world "re-premiere" of Mary Pickford's 'Their First Misunderstanding' (1911), I want to say welcome, and thank you for your interest.

I'm the guy doing the music for 'Their First Misunderstanding' and the other films on the program, which is Friday, Oct. 11 at 7 p.m. at Keene State College in Keene, N.H. Hosted by Pickford expert and biographer Christel Schmidt, this event is a fairly big deal in the vintage film community, and I'm honored to be a part of it.

For me, the program is special not only because it features a rediscovered Pickford film. It's also exciting because the whole experience is designed to demonstrate the power of silent film when shown as it was intended: on the big screen, in good-looking prints, with live music, and (most importantly) with a large audience on hand. 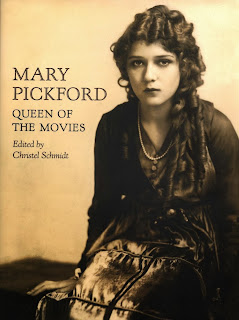 In doing live music for silent film programs around New England and elsewhere, I've found again and again that if you can "put Humpty Dumpty back together" and recreate the conditions under which the films were shown, then movies from the peak of the silent era (roughly 1914 to 1929) can come to life in ways that can be surprising.

At their best, when everything's working and an audience is under the spell of a film from the silent era, you get a real sense of why people first fell in love with the movies.

For me, there's nothing like the communal experience of running a well-made silent film to a receptive audience. It's a real rush. And silent films are often about the big emotions: Love, Hate, Revenge, Joy, Anger, and so on. I really respond to that, so much so that I'm eager to share the films with others.

And as an accompanist, it's my privilege (and challenge) to try to create music that helps the films have their intended effect, as best I can. As I sometimes joke, my artistic niche is that I collaborate with dead people!

My method is to create original music that uses the vocabulary and technique of today's film scores to help bridge the gap between a contemporary audience and a film from another era. I improvise the music as the movie plays, either on a digital synthesizer (which can evoke the texture of a full orchestra) or on a traditional acoustic piano.

It's a bit of a high wire act, sort of like a "Who's Line Is It, Anyway?" for film scoring. But I find that improvising in real time (rather than trying to follow sheet music) allows me to get inside the movie more effectively, and also to work better with any audience reaction. (Sometimes I think I accompany the audience as much as the film.) 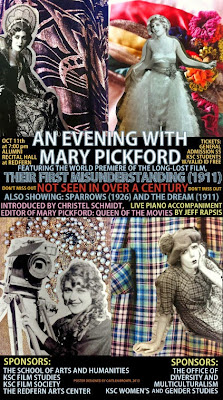 In the case of 'Their First Misunderstanding,' I haven't yet seen the film as of this writing, and the program is tomorrow night. I may get a chance to preview it prior to the show at Keene State College, but if not, I'm prepared to play it "cold," as they say, without a chance to preview.

How do you do that? Well, you just sit down and watch the film with everyone else, except you have a keyboard in front of you and you get to react by playing music. The goal is to help the film come to life, even if you've never seen it before. Sometimes it all falls together perfectly; other times, the film goes in unexpected directions and you do your best to keep up.

All that aside, I want to welcome you to the world of silent film, which finds itself right now in a kind of golden age. Thanks to digital restoration and DVD releases, it's now possible to see hundreds of great films from the silent era that were previously unavailable. So there's a renewed interest in the period.

However, there's no substitute for seeing the films as they were intended: on the big screen, with live music, and with an audience. So I encourage you to seek out screenings in theaters and with live music whenever possible.

If you're new to silent film and enjoyed the Pickford program, it's my pleasure to welcome you to other screenings that I do all around New England and beyond. A complete list (regularly updated) is on this blog; just click on the Upcoming Silent Film Screenings link.

Thanks again for your interest in silent film, and hope to see you at an upcoming screening!