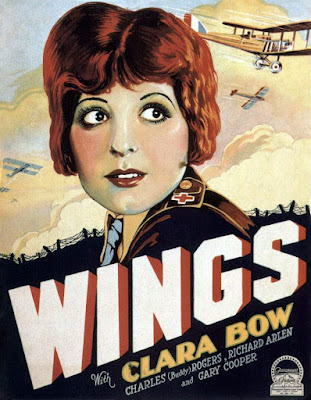 'Wings' is all about biplanes, so perhaps it's fitting that in the next two weeks, I'll be accompanying two separate screenings in two different states.

Whaddaya know? A pair of 'Wings!'

First up: the Flying Monkey Theatre in Plymouth, N.H. on Thursday, June 11. Then, a week later, it's the Leavitt Theatre in Ogunquit, Maine.

Both venues have movie theater roots dating back to the silent era, so it's possible 'Wings' played at either (or both) in its original release.

But if you missed it in 1927, you have two chances to catch it this month. Hope to see you there!

If you'd like more info, below is the press release that went out for the Flying Monkey show this week. I'll update it with the Leavitt's press release info after the Plymouth show. 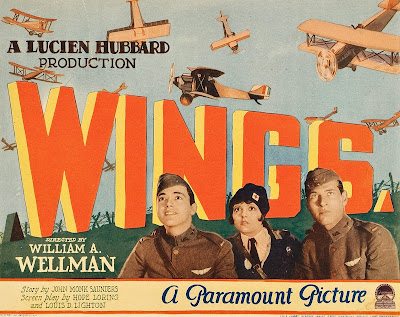 Sprawling story of U.S. aviators in World War I won first-ever 'Best Picture'; to be screened with live musical accompaniment

PLYMOUTH, N.H.—Silent film with live music returns to the Flying Monkey with 'Wings' (1927), an epic adventure set in World War I that won 'Best Picture' honors at the very first Academy Awards ceremony. 'Wings' will be revived for one showing only on Thursday, June 11 at 6:30 p.m.

The screening will allow audiences to experience silent film the way its makers originally intended: on the big screen, with live music, and with an audience.

The screening of 'Wings' will feature live accompaniment by Jeff Rapsis, a New England-based composer who specializes in creating music for silent film presentations. Admission is $10 per person. 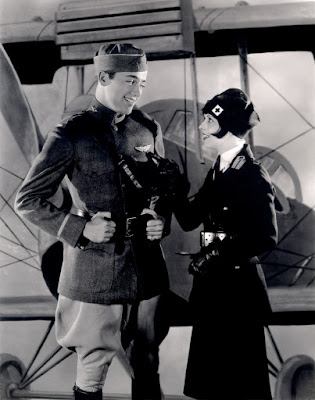 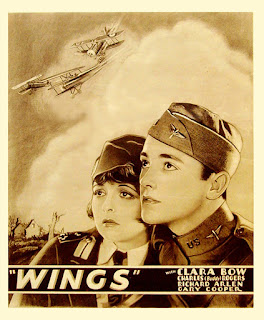 The Flying Monkey originally opened as a silent film moviehouse in the 1920s, and showed first-run Hollywood films to generations of area residents until closing several years ago. The theater has since been renovated by Alex Ray, owner of the Common Man restaurants, who created a performance space that hosts a wide range of music acts.

• Thursday, July 9, 2015, 6:30 p.m.: 'A Dog Double Feature' spotlighting silent-era canine stars Peter the Great and Rin Tin Tin. In 'The Sign of the Claw,' a police dog helps solve a crime wave. The only surviving film of Peter the Great, a popular German shepherd performer. 'The Night Cry' (1926) finds iconic dog superstar Rin Tin Tin accused of killing sheep. Can he find the real bandit and clear his name?

• Thursday, Aug. 13, 2015, 6:30 p.m.: 'Grandma's Boy' (1922) starring Harold Lloyd. A ccowardly young man must learn to conquer his fears before dealing with a larger menace to his community. Riotous small town comedy that helped propel Harold Lloyd into the most popular movie comedian of the 1920s.