This holiday weekend, 'The Strong Man':
silent film comedy for the whole family 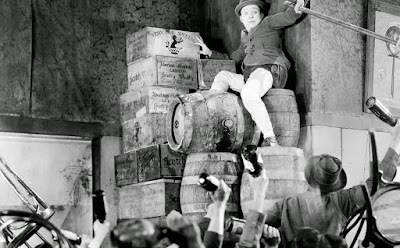 The final screening of the year for me is Sunday, Dec. 27: Harry Langdon's 'The Strong Man' (1926), his best feature film and one of the great comedies of any film era, silent or not.

Showtime at the Wilton (N.H.) Town Hall Theater is 4:30 p.m. Admission is free and open to the public, although a donation of $5 per person is suggested to help defray expenses.

I have high hopes for this screening, which is part of the regular monthly series at the Wilton Town Hall Theatre.

For one thing, we got a full page of exposure for this show in our local daily newspaper, the Telegraph of Nashua, N.H.

Another reason is that it's directed by Frank Capra, and benefits immensely from the "Capra" touch even though it's his very first film.

Another reason is that I've found 'The Strong Man' really resonates with audiences today, even if they're unfamiliar with silent film or the peculiarities of Langdon's screen character.

For 'The Strong Man,' all you need to do is cue people into Langdon by saying he was a 1920s version of Pee-Wee Herman. And that's enough for people to understand. (Insert Pee Wee Herman laugh here.)

I know that's an oversimplification, but people to these screenings come to see a silent film, not to hear someone like me talk endlessly about it. So I try to keep intros as brief a possible.

Other than that, a quick refresher on how Prohibition worked is a good idea. But other than that, it's best to let the film do the talking, so to speak.

It's been a busy year for accompanying silent films—one that's taken me all over New England as well as places further afield such as San Francisco, Topeka, Syracuse, Cincinnati, Cleveland, Washington, D.C. and even my international debut in Toronto, Canada!

Not sure exactly where 2016 will take me. But I do know the silent film experience depends upon an audience.

So I want to thank everyone who collaborated with me this year in bringing to life dozens upon dozens of pop culture artifacts. Everyone who attended a screening played some kind of role in this process, which couldn't be done without you.

So thanks for everything, and see you in January when we plunge into some very big films in rapid succession. (It's the 100th anniversary of D.W. Griffith's 'Intolerance' (1916), remember?)

For now, if you'd like more information about 'The Strong Man' (1926), I'm pasting in the text of the press release below. 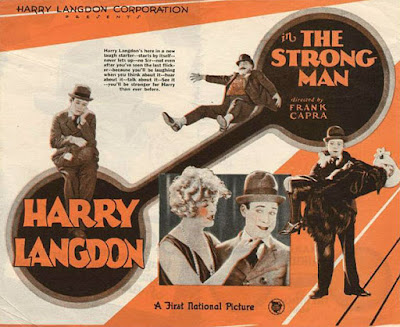 The screening of 'The Strong Man' on Sunday, Dec. 27 at 4:30 p.m., gives families a chance to round out the holiday weekend with a fun activity suitable for all ages.

Directing 'The Strong Man' was young first-timer Frank Capra (at right), who would later go on to create such Hollywood classics as 'Mr. Smith Goes to Washington' (1939) and 'It's a Wonderful Life' (1946). 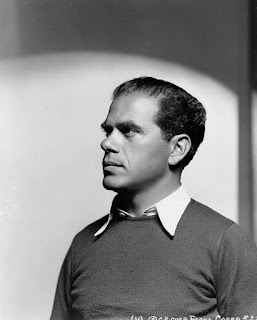 Live music will be provided by silent film accompanist Jeff Rapsis. Admission is free, with a suggested donation of $5 per person to help cover expenses.

"For the long Christmas weekend, we thought it would be fun to revive the first film made by the man responsible for 'It's A Wonderful Life,' one of the all-time holiday classics," Rapsis said. 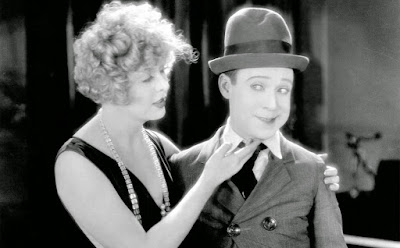 Langdon with the wrong kind of woman in 'The Strong Man.'

'The Strong Man' was was selected in 2007 for preservation in the U.S. National Film Registry by the Library of Congress as being "culturally, historically, or aesthetically significant."

"So the Town Hall Theatre's monthly silent film screenings are a great chance for people to experience films that first caused people to first fall in love with the movies," he said.

Frank Capra's 'The Strong Man' will be screened with live music on Sunday, Dec. 27 at 4:30 p.m. at the Wilton Town Hall Theatre, 40 Main St., Wilton, N.H. Admission is free, with a suggested donation of $5 per person to help defray expenses. For more info, call (603) 654-3456 or visit www.wiltontownhalltheatre.com. For more info on the music, visit www.jeffrapsis.com.