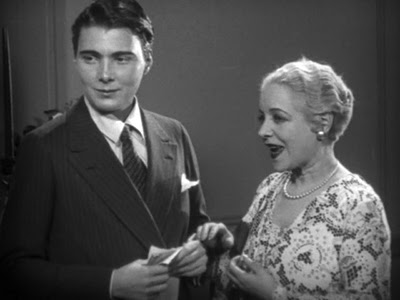 An androgynous Leatrice Joy gets dating advice from grandma in 'The Clinging Vine' (1926).

Just back from London, where I made my accompaniment debut last week with music for 'Salt for Svanetia,' a Soviet propaganda film, at the amazing Kennington Bioscope in Lambeth.

Before the film, I was asked to make remarks. So I couldn't resist: "For those fans of Soviet-era economic plan promotional films, I'm sorry to report that this one has no tractors in it. However, it does have some really great steam roller footage."

I'll post a lot more about the Bioscope when I get photos back from a friend who was there. (I didn't take pics as my phone had died.) But it was a great time and I got to meet a lot of folks in the British silent film community.

And yes, applause broke out when the steam roller appeared!

Coming up: later this week I head out to Sioux City, Iowa to do music on a big old Mighty Wurlitzer for a silent comedy program on Sunday, Feb. 19 at the Orpheum Theatre.

Very much looking forward to that, and would like to publicly thank Rick Mullin and everyone else with the festival for organizing this special presentation.

But first, it's up to Plymouth, N.H. on Thursday to do music for 'The Clinging Vine' (1926), a seldom-screened romantic comedy with a surprising gender-bending premise.

More details in the press release below. But because the screening date for this monthly series fell just after Valentine's Day, we figured it would be a perfect chance to showcase this unusual take on romance and gender stereotypes. 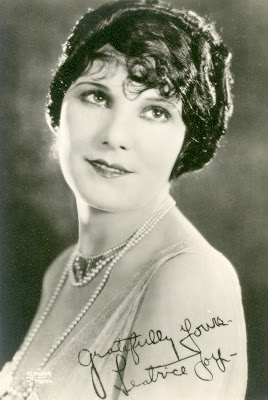 PLYMOUTH, N.H.—Tired of Valentine's Day? The Flying Monkey has just the antidote.

It's 'The Clinging Vine' (1926), a silent film comedy that turns traditional gender roles completely upside down.

The movie, starring Leatrice Joy, will be screened on Thursday, Feb. 16 at 6:30 p.m. at the Flying Monkey Moviehouse and Performance Center, 39 South Main St., Plymouth.

The program will feature live music for the movie by silent film accompanist Jeff Rapsis. The film is appropriate for all ages, making for a unique evening of family entertainment.

Produced by Cecil B. DeMille, 'The Clinging Vine' tells the story of a successful hard-driving female business executive who yearns for romance.

But she's frustrated in love because all men she encounters are intimidated by her ability and intelligence.

After confiding in her wise grandmother, the two set about transforming her into a woman who men will find attractive.

Considered daring for its time, 'The Clinging Vine' continues to earn comments from critics for its story and subject matter.

In a recent online review, author Kevin M. Wentink wrote that "what, on the surface, appears to be a slight romantic comedy that playfully addresses the changing role of women in the postwar jazz age, 'The Clinging Vine' actually flat out states that all men are stupid, really really stupid, in every way imaginable."

"And...even though women are by far superior to men in intellect and business acumen," Wentink wrote, "a woman would be far happier pretending to be dumber, and thus attractive to the Neanderthal, then she would to be a wise and successful spinster."

"An equal opportunity offender of both sexes, 'The Clinging Vine' is one of the most daringly trivial programers to come out of Hollywood in the silent era."

How's that as antidote for Valentine's Day?

Making her film debut as an extra in 1917, actress Leatrice Joy soon graduated to playing opposite comics Billy West and Oliver Hardy. Director Cecil B. DeMille took her under his wing and starred her in several of his films, including 'The Clinging Vine.'

In an early celebrity wedding, Joy she married superstar John Gilbert in the 1920s.

She retired shortly after the advent of sound, but made occasional appearances in small supporting roles over the years. She died in 1985 at age 91.

Accompanist Jeff Rapsis specializes in creating live musical scores for films made prior to the introduction of recorded sound. Based in New Hampshire, Rapsis specializes in improvising music for silent film screenings at venues ranging from Harvard University in Cambridge, Mass. to the Niles Essanay Silent Film Museum in San Francisco, Calif.

Rapsis creates film scores in real time, as a movie is running, using a digital synthesizer to reproduce the texture of a full orchestra. He averages about 100 performances per year, and has created music for more than 250 different silent feature films.

"Improvising a movie score is a bit of a high wire act, but it can result in music that fits a film's mood and action better than anything that can be written down in advance," Rapsis said. "It also lends a sense of excitement and adventure to the screening, as no two performances are exactly alike."

'The Clinging Vine' is the latest in a monthly series of silent films presented with live music at the Flying Monkey. The series provides local audiences the opportunity to experience silent film as it was intended to be shown: on the big screen, in good-looking prints, with live music, and with an audience.

However, the Flying Monkey series enables film fans to really understand the power of early cinema, which was intended to be shown on a big screen, with live music, and with an audience.

"Put those elements together like we do at the Flying Monkey, and films from the silent era spring right back to life in a way that helps you understand why people first fell in love with the movies," Rapsis said.

Upcoming silent film titles at the Flying Monkey include:

• Thursday, March 16, 2017, 6:30 p.m.: 'Sadie Thompson' (1928) starring Gloria Swanson, Lionel Barrymore. Intense drama of a "fallen woman" who comes to an island in the South Seas to start a new life, but encounters a zealous missionary who wants to force her back to her former life in San Francisco.

• Thursday, April 13, 2017, 6:30 p.m.: 'King of Kings' (1927) directed by Cecil B. DeMille. Just in time for Easter: Cecil B. DeMille blockbuster includes crucifixion scene complete with earthquake, landslides, and a cast of thousands.