'Storm Over Asia' (1928): no weather report, but a terrific Soviet-era film from Pudovkin 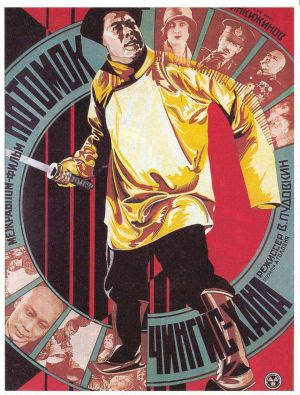 Haven't had your regular dose of Soviet cinema? Well, the Harvard Film Archive can fix you right up.

On Monday, Oct. 9, they're running 'Storm Over Asia' (1928). Part of a "Cinema That Shook The World" mini-series, it's a remarkable picture from director Vsevolod Pudovkin.

It's actually the climactic third part of Pudovkin's "revolutionary trilogy", alongside 'Mother' (1926) and 'The End of St. Petersburg' (1927).

Showtime is 7 p.m. at the Archive, located at 24 Quincy St. in Cambridge, Mass. 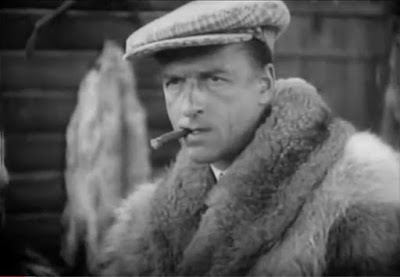 It wouldn't be a Soviet film without a cigar-chomping capitalist/imperialist, here played by Viktor Tsoppi.

I'm posting this preview/plug because 'Storm Over Asia,' also known as 'The Heir to Genghis Khan,' is a rarely screened title.

I wasn't familiar with it, but it's made a very strong impression on me in previewing it.

I don't want to spoil anything, but the last 20 minutes of this two-hour movie are some of the most visually exciting and dramatic silent cinema I've ever encountered.

I'm really looking forward to seeing it on the big screen via the 35mm print the Harvard Film Archive is running.

Set (and filmed) on the remote steppes of Central Asia and in Mongolia, 'Storm Over Asia' offers great potential for music, too.

Several sequences show elaborate Buddhist ceremonies, often on a grand scale, and all accompanied by hordes of on-screen musicians. 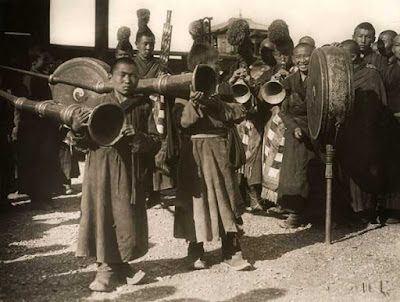 Originally, I planned to keep things simple and use the Harvard Film Archive's grand piano, as I've been working a lot lately with acoustic keyboard in live performance.

But 'Storm Over Asia' really demands a more exotic and dramatic soundtrack. So I'll be hauling in the digital synthesizer and going for some fairly exotic textures.

And speaking of "storm"—Monday's forecast calls for rain all day in our part of the world, meaning New England.

But save Columbus Day from being a total washout by joining us for this worthy (and indoor) activity.

More details online. Hope to see you there!
Posted by Jeff Rapsis at 10:26 PM