The annual pre-Halloween marathon continues, but with Charlie Chaplin detour this weekend 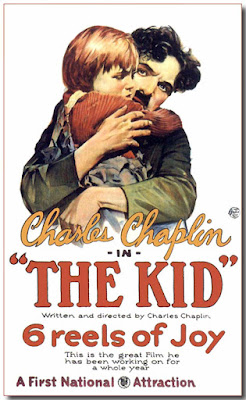 Chaplin and Coogan on a poster promoting 'The Kid.'

And tonight it's Maine, and Saturday night it's Vermont again.

In what's become an annual tradition, the latter half of October finds me bombing all over rural (and urban) New England, presenting spooky silent film programs with live music in libraries, theaters, and community halls.

On the plus side, peak foliage is lingering a bit this year. So my windshield is filled with scenes like this, on Route 101 in Dublin, N.H.: 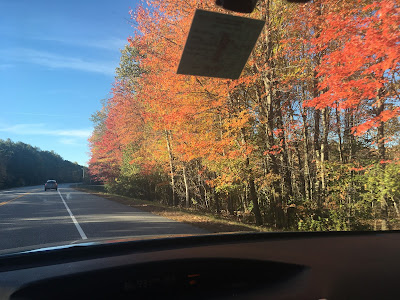 And the down side? Well, there is no down side. I love doing this—as an outlet for creativity that provides immediate feedback, it's become my therapy.

This year's pre-Halloween marathon does have one odd detour: a Chaplin program on Sunday, Oct. 22 at the Center for the Arts in Natick, Mass.

It's a new venue for me, and possibly the start of a new series. Despite it being high 'Nosferatu' season, organizers felt the best way to open was with Chaplin. So we're running the original release version of 'The Kid' (1921). 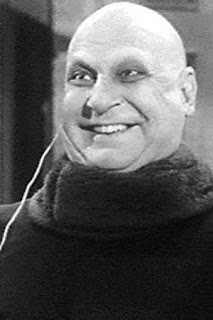 I suppose there is a Halloween connection to this film, as Chaplin's young costar Jackie Coogan would later play a prominent role as "Uncle Fester" in the ghoulish 'Addams Family' sitcom.

If you're in the Boston area and need a break from the run-up to Halloween, consider joining us. A press release is below.

And now, I hope you'll excuse me as I prepare to head north to paper mill country for tonight's screening of 'The Man Who Laughs' (1928) in the Tuscan Opera House in Dixfield, Maine. 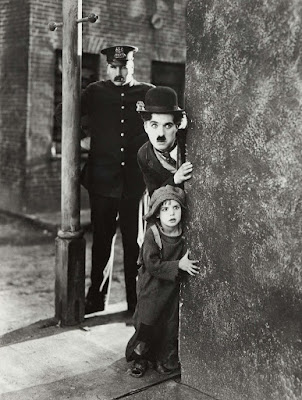 Charlie Chaplin's 'The Kid' to screen on Sunday, Oct. 22 at Natick's Center for the Arts

NATICK, Mass.—Silent film with live music comes to the Center for the Arts with a screening of Charlie Chaplin's classic comedy/drama 'The Kid' (1921) on Sunday, Oct. 22 at 7:30 p.m. Tickets are $12 for the general public, $10 for members.

The special program will be presented with live music by silent film accompanist Jeff Rapsis.

Presented by the Center of the Arts, 14 Summer St., the program enables audiences to experience silent film in the way its makers originally intended: on the big screen, with live music, and with an audience.

The program is family-friendly and suitable for audience members of all ages.

"If you can put pieces of the experience back together again, it's surprising how these films snap back to life," said Rapsis, a New Hampshire-based silent film accompanist who creates music for silent film screenings at venues around the country. "By showing the films under the right conditions, you can really get a sense of why people first fell in love with the movies."

'The Kid' will be preceded by 'A Dog's Life' (1918), one of Chaplin's earlier short comedies that helped establish his worldwide popularity.

For more info about the music, visit www.jeffrapsis.com.
Posted by Jeff Rapsis at 8:52 AM