Celebrating a birthday with Buster Keaton on Wednesday, April 21 in Greenfield, Mass. 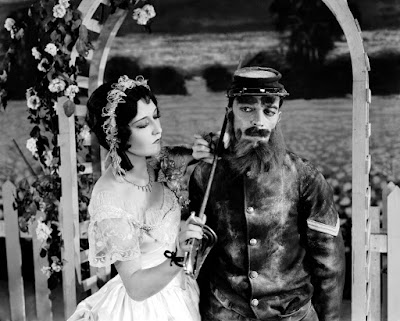 I'm on the road again (someone ought to write a song about that!), heading over to Greenfield, Mass. this week for a special occaision: the 92nd birthday of one of New England's surviving downtown movie palaces.

It's the Greenfield Garden Cinemas, where I'll be accompanying Buster Keaton's comedy 'Spite Marriage' (1929) on Wednesday, April 21 at 7 p.m.

'Spite Marriage,' Keaton's last silent feature, was released in 1929, the same year the Garden opened its doors as the most opulent movie venue the Pioneer Valley had ever seen.

It was the final year of silent pictures, but the Garden still came equipped with a massive theater organ to accompany the action on the screen. Talkies soon prevailed, and the Garden began a long process of adapting to changing tastes (and economics) that continues today. 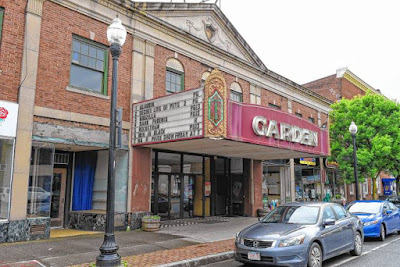 The Garden Cinemas today, its big sidewalk-overhanging marquee re-engineered to accommodate the seven screens inside.

The organ survives, with its console now on display in the lobby. But although the theater has endured, the fact that the name is now the "Garden Cinemas" indicates a significant change.

Like so many movie palaces, the Garden was "multi-plexed" some years ago. More screens equals more movies which equals more seats filled more of the time, generally.

And so the Garden's grand auditorium and balcony were filled with walls and partitions and smaller screens and projection spaces. What had once been one house became pluralized: it was now seven theaters.

But it's still the Garden, and movies are still shown there, and its survival in the face of so many challenges over the decades (most recently, the pandemic that saw it forced shut for months) is something worth celebrating.

And so we will. Join us on Wednesday night for a screening of 'Spite Marriage' with live music. We're not exactly sure if Buster's comedy was ever screened at the Garden in its original release, and we're also not sure what the opening night program was, either.

But until we find out, Buster will be our birthday boy! Press release below has more info about the film, the theater, and the screening. See you there! 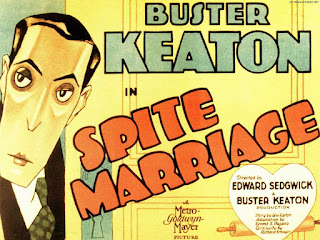 GREENFIELD, Mass.—He never smiled on camera, earning him the nickname of "the Great Stone Face." But Buster Keaton's comedies rocked Hollywood's silent era with laughter throughout the 1920s.

See for yourself with a screening of 'Spite Marriage' (1929), Keaton's last silent feature film, on Wednesday, April 21 at 7 p.m. at the Greenfield Garden Cinemas, 361 Main St., Greenfield, Mass.
The screening honors the 92nd birthday of the Garden Cinema, which opened at the end of the silent era and has been showing movies to Greenfield and Pioneer Valley residents ever since.

The Garden was built in 1928-29 to a design by Mowll & Rand of Boston for the Goldstein family, which owned a theater chain across western Massachusetts.

The theater has had only three owners in its nearly century-long history. Most recently, the Garden was taken over in 2019 by Isaac and Angela Mass.

'Spite Marriage' finds the poker-faced comic smitten by stage actress Trilby Drew (Dorothy Sebastian)—so much so that he joins the cast of her current production, a Civil War melodrama.

The fun begins when she unexpectedly asks Buster to marry her, but only to get even with an old flame. Complications with gangsters lead to a climax at sea, making for a classic Keaton comedy full of memorable routines. 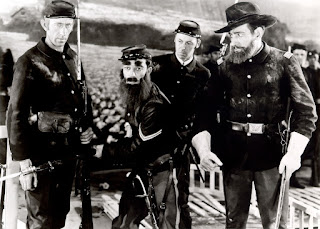 Keaton, along with Charlie Chaplin and Harold Lloyd, stands as one of the three great comics of the silent screen.

"Buster Keaton was the stone-faced comic who never smiled on camera, so he's sometimes thought of as the most silent of the silent clowns," Rapsis said.

"But seen today, his films are remarkable for their effective stories, their innovative cinematography, and their ability to still produce gales of laughter," Rapsis said. "A chance to see a Keaton film as originally presented—in a theater, with live music and an audience—is not to be missed."

However, the birthday screening at the Garden Cinemas enables film fans to really understand the power of early cinema, which was intended to be shown on a big screen, with live music, and with an audience.

"Put those elements together, and films from the silent era spring right back to life in a way that helps you understand why people first fell in love with the movies," Rapsis said.