A tale of two performers: James Murray and Barbara Kent in 'The Shakedown' (1929) on Thursday, Sept. 9 in Plymouth, N.H. 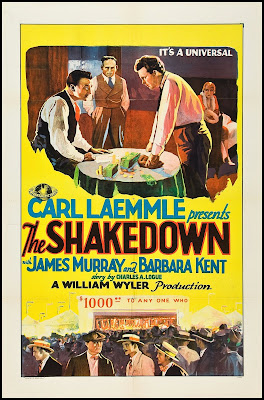 In preparing to create music for 'The Shakedown' (1929), a terrific late silent melodrama, I found myself oddly captivated by the fate of its two leading performers. 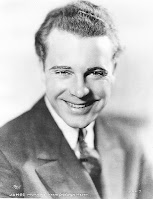 Think of it. James Murray, following up his acclaimed performance in 'The Crowd' (1928), would in a few years be destitute and reduced to panhandling on the streets of New York.

Barbara Kent, one of the era's most popular starlets, would soon fall out of fashion, making her last screen appearance in 1935.

But then, what different paths fate had in store for either performer. 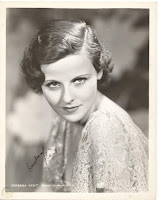 Kent, however, would go on to a very long and active life outside the movies, flying her own airplane into her mid-80s.

That contrast, I think, lends an element of poignancy to 'The Shakedown' when viewed today.

Although a picture ought to stand by itself, our knowledge of what would later happen to the people in it (in some cases, much later) is something that's hard to forget entirely.

Consider child actor Jack Hanlon, who in 'The Shakedown' delivered a memorable performance as an orphan. See him on screen: he would go on to be a member of 'The Little Rascals' troupe, but then leave show business to serve in World War II, and afterwards worked as a professional mover.

He died in 2012 at age 96. Another long life! Was it well-lived? How can we really know? And in wondering, you can find yourself also asking about your own life. Is it being well-lived?

Equally hard to know, really. But knowing the basic outlines of what would happen to the people captured in movies a century ago is all part of the experience of seeing the films today.To me, it adds a layer of interest that wasn't present in the original release.

I'm accompanying 'The Shakedown' on Thursday, Sept. 9 at the Flying Monkey Moviehouse and Performance Center in Plymouth, N.H. Showtime is 6:30 p.m., and a lot more info is in the press release below. 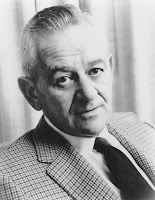 To generate interest in the film, I decided to focus on director William Wyler (at left, later in life), partly because it's an early work from someone who would go on to a major career during Hollywood's Golden Age. (There I go again, projecting into the future.)

But I was also inspired by something I didn't realize until reading liner notes for the recent reissue of 'The Shakedown' by film writer and historian Nora Fiore, who often blogs and posts online as the Nitrate Diva.

In her notes, Nora pointed out Wyler's brief comic cameo during the climax of 'The Shakedown.' It's a memorable moment, and I had no idea it was the director himself until Nora revealed this.

So we'll all play "spot the director" on Thursday, Sept. 9 as we screen 'The Shakedown.' Hope to see you there! More info below. 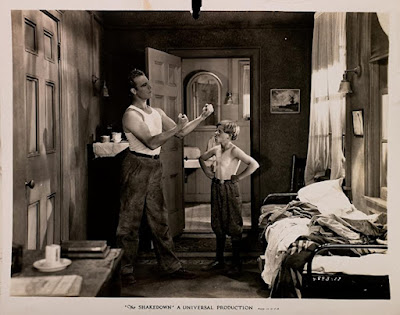 PLYMOUTH, N.H.—He received a dozen nominations for Best Director, more than anyone in Hollywood history.

But everyone needs to start somewhere. And one of Wyler's earliest efforts, the silent melodrama 'The Shakedown' (1929) for Universal Pictures, will be screened with live music on Thursday, Sept. 9 at 6:30 p.m. at the Flying Monkey Moviehouse and Performance Center, 39 South Main St., Plymouth.

Admission is $10 per person, general admission. Tickets are available online at www.flyinghmonkeynh.org or at the door.

'The Shakedown,' a boxing story about a crooked prizefighter who adopts an orphan, shows a young Wyler already fluent in the language of cinema.

Wyler weaves an on-screen tale that flows deftly from action to suspense, but also includes moments of light-hearted comedy.

Starring James Murray and Barbara Kent, 'The Shakedown' is set in a hard-boiled world of professional swindlers who hustle small-town crowds with fixed boxing matches.

After saving an orphan's life, boxer Dave Roberts is forced to decide whether to continue his low-life ways, or turn the tables and escape those who control him.

As the small-town fighter, actor James Murray was following up his acclaimed performance in King Vidor's 1928 drama 'The Crowd.' 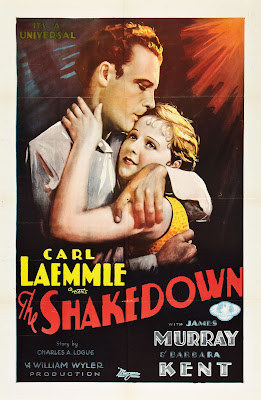 Murray's promising career as a leading man, however, would soon be undone by alcoholism, which rendered him unemployable.

Murray was reduced to panhandling during the Great Depression, dying at age 35 by drowning in New York City's Hudson River.
Petit starlet Barbara Kent (who stood under five feet tall) peaked in popularity during the transition from silents to talkies, when 'The Shakedown' was released. Afterwards, her career gradually faded.

Making her last screen appearance in 1935, Kent continued with an active life that included flying her own airplane into her mid-80s. She died in 2011 at age 103.

Playing the orphan was noted child actor Jack Hanlon, who would soon become a member of the popular "Little Rascals" troupe.

Hanlon, who would leave show business to serve as a paratrooper in World War II and later worked as a professional mover, died in 2012 at age 96.

Although completed as a silent picture, the huge popularity of movies with talking sequences caused Universal to order Wyler to reshoot parts of the film to create a version that included dialogue.

Wyler embraced the new method of making movies, incorporating speech naturally into his stories, impressing studio bosses with his sure technique and laying the groundwork for his long career.

In 'The Shakedown,' Wyler makes a brief cameo as a comic bungler who holds a 'Round 3' card upside down during the climactic boxing match.

Wyler would go on to play an influential behind-the-scenes role in the cinematic careers of performers ranging from Bette Davis and Audrey Hepburn to Laurence Olivier and Barbara Streisand.

The original silent version of 'The Shakedown' will be shown at the Flying Monkey, with live music by New Hampshire-based silent film accompanist Jeff Rapsis.

In creating music for silent films, Rapsis uses a digital synthesizer that reproduces the texture of the full orchestra, creating a traditional "movie score" sound.

'The Shakedown' (1929) will be shown on  Thursday, Sept. 9 at 6:30 p.m. at the Flying Monkey Moviehouse and Performance Center, 39 South Main St., Plymouth, N.H. Admission is $10 per person general admission. Tickets are available online at flyingmonkeynh.com or at the door. For more information, call the Flying Monkey at (603) 536-2551.
Posted by Jeff Rapsis at 5:55 AM