Next up: music for 'Phantom of the Opera' at the newly opened Park Theatre in Jaffrey, N.H. 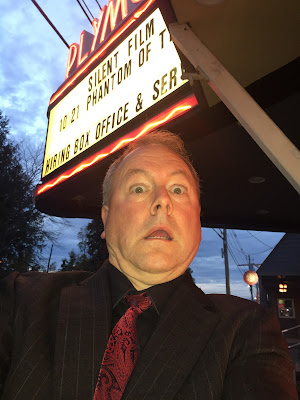 Happy Halloween as I preview a frightening schedule of spooky screenings.

As we enter the busiest stretch of the Halloween silent film season, the state of my mind is best represented by the above selfie, taken just prior to doing music for a screening of 'Phantom of the Opera' (1925) on Thursday, Oct. 21 in Plymouth, N.H.

It's been a wild ride so far, with spooky screenings last week in New Hampshire, Massachusetts, and Vermont, and for good measure a pair of vintages railroad melodramas last Sunday afternoon.

Next up: 'Phantom of the Opera' again, tonight (Wednesday, Oct. 27) in the brand new and recently opened Park Theatre in Jaffrey, N.H. More details are in the press release pasted in below.

Thursday night brings 'Nosferatu' (1922) at the Rex Theater (another new venue) in downtown Manchester, N.H. Friday brings the first installment of a three-day series of Tod Browning/Lon Chaney thrillers at the Town Hall Theatre in Wilton, N.H., while Saturday night finds me in Ogunquit, Maine for another 'Nosferatu.' 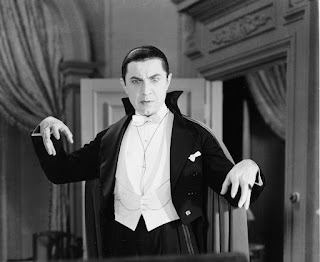 Sunday night is a biggie: live music for the screening of a 35mm print of 'Dracula' (1931), a talking film with virtually no background music.

It's the first time I've tried adding a live score to a "talkie" and I'm really looking to trying to help Bela connect but without getting in the way of director Tod Browning's eerie atmosphere—one in which silence plays an important role.

The show marks my return to the venerable (and recently reopened) Somerville Theatre, of of the Boston area's most highly regarded venues. It was where I accompanied my last screening (a Rin Tin Tin program in March 2020) before the pandemic shut everything down.

And the spooky steeplechase continues on Monday with music for 'Nosferatu,' this time for the relaunch of the 'Sounds of Silents' series at the Coolidge Corner Theatre, another Boston-area landmark.

Before plunging ahead, a few scenes from recent screenings.

- After doing music for 'Dr. Jekyll & Mr. Hyde' (1920) on Sunday, Oct. 17 in Natick, Mass., I was delighted when a woman paid me the ultimate compliment: "I was so absorbed in the movie that I forgot someone was playing the music live."

To accompany the film, I used a harpsichord texture (with percussion mixed in where needed) that I felt was very effective at evoking both the genteel world of the mild-mannered Dr. Jekyll and the depraved manner of his alter ego, Mr. Hyde.

Most importantly, it was one texture that didn't have to change with the various on-screen transformations. Rather, it was the music itself (the notes and chords and so on) that transformed, while still keeping within the same basic sound world.

And I think that's crucial, because anything more would have called attention to the music, which would have taken people out of the film.

Strange: the 'Dr. Jekyll' story is a tale about transformation. And in scoring it, I managed to make myself invisible!

- Before setting out on the 2½-hour drive home after accompanying 'The Hunchback of Notre Dame' (1922) in Brandon, Vt., I was warned to look out for moose, as the herd was on the move.

I didn't see any Bullwinkles. But while driving full speed down I-89, a fox darted out from nowhere into my headlines and right in front of my car.

I actually screamed, and instinctively started to swerve to avoid it—a dangerous think to do at 75 mph. But the fox was foxy enough to quickly scoot back to where it came from as I barreled on through.

Wow! It took it as a good reminder of the experience that people seek when they come to see 'Phantom' and 'Nosferatu,' films I've seen a hundred times. So I'll do my best.

- Sometimes you get unexpected comments. This past Sunday (Oct. 24), after accompanying a screening of the railroad melodrama "West-Bound Limited' (1923) in Warner, N.H., a woman came up to me and posed this question: "What would you do without the diminished chord?"

Wow! Praise or a slam? I'm still trying to figure out what she meant.

Okay, below is info on tonight's 'Phantom of the Opera' in Jaffrey, N.H. If you're within driving distance, come join us! If you're not, there's still plenty of time to get on plane.

And remember—in silent film, no one can hear you scream! 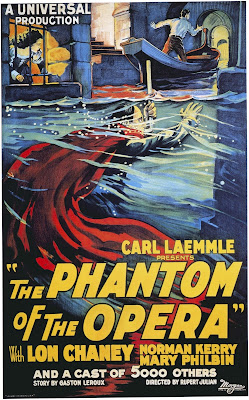 'Phantom of the Opera' with live music at Jaffrey's Park Theatre on Wednesday, Oct. 27

JAFFREY, N.H.—Get into the Halloween spirit with a spooky silent horror film!

'The Phantom of the Opera' (1925), the silent big screen adaptation of the classic thriller, will be shown with live music on Wednesday, Oct. 27 at 7 p.m. at the newly reopened Park Theatre, 19 Main St., Jaffrey, N.H.

Admission is $12 per person. Tickets are available online at www.theparktheatre.org or at the door.

The show will allow audiences to experience 'Phantom' at the Park Theatre the way it was intended to be seen: on the big screen, with live music, and with an audience.

Jaffrey's original Park Theatre opened in 1922, and was a center of community life until closing in the 1970s.

The newly rebuilt Park Theatre opened this past August, the result of a decade-long grassroots effort led by local residents that saw the old theater replaced with a new performing arts center. 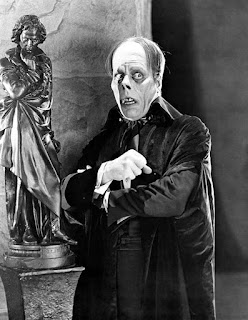 "The original 'Phantom' is a film that seems to get creepier as more time passes," said Rapsis, who is based in New Hampshire and frequently accompanies films throughout New England. "It's a great way to celebrate Halloween, and also the power of silent film to transport audiences to strange and unusual places." 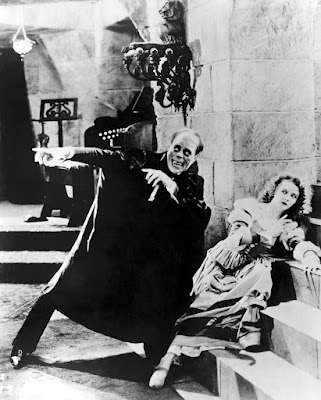 This screening not brought to you by the American Dental Association.

'The Phantom of the Opera' proved so popular in its original release and again in a 1930 reissue that it led Universal Studios to launch a series of horror films, many of which are also regarded as true classics of the genre, including 'Dracula' (1931), 'Frankenstein' (1931), and 'The Mummy' (1932).