On your marks: My annual Halloween marathon of spooky silent film screenings starts this Sunday 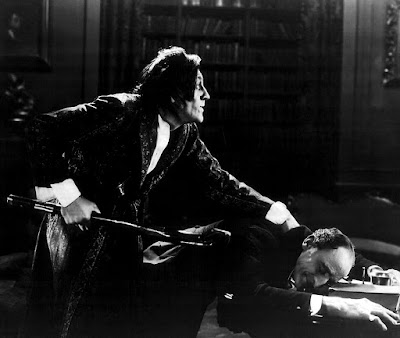 This weekend marks start of the annual "Silent Film Halloween Marathon"—a spooky steeplechase of screenings that will take us through the end of the month and beyond.

After that, it's a dozen screenings of classic silents with live music, most intended to scare up some fun in advance of Halloween. (There's a railroad program in there as well!)

It all culminates in two "big time" gigs in the Boston area: live music for 'Dracula' (1931) at the Somerville Theatre on Sunday, Oct. 31, and then 'Nosferatu' (1922) at the Coolidge Corner Theatre.

I'll report on the marathon as it progresses. For now, hope to see you at 'Dr. Jekyll & Mr. Hyde' in Natick this Sunday... 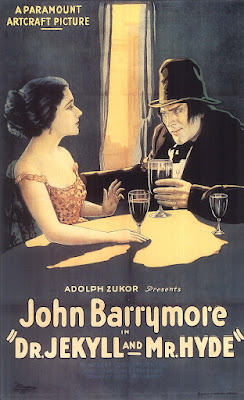 NATICK, Mass.— It was first a best-selling novel, then an immensely popular stage play. So it was just a matter of time before the movies tackled 'Dr. Jekyll & Mr. Hyde,' Robert Louis Stevenson's classic tale of a man tortured by two personalities—one thoroughly good and the other completely evil.

Dr. Jekyll, a London physician and philanthropist, becomes fascinated with the dual nature of man after the profligate Sir George Carew exposes him to temptation. When Jekyll invents a potion that separates the good from the evil in a person, he decides to live both roles and names the evil persona Mr. Hyde.

Jekyll is in love with Millicent, the daughter of Sir George; meanwhile, Hyde prowls the poorer districts of London, debases and discards Theresa, a dance hall performer. Jekyll's control over Hyde weakens gradually to the point where his alter ego resorts to murder, forcing Hyde into a showdown to save his loved ones and reign in the evil he himself has spawned.

The film put Barrymore, a noted stage actor, on the cinematic map. Following 'Dr. Jekyll & Mr. Hyde,' Barrymore would go on to be one of the biggest stars of early cinema. His handsome visage, dubbed "the great profile," was instantly recognizable to movie-goers of the time, who flocked to see Barrymore in later films such as 'Sherlock Holmes' (1922), 'Don Juan' (1926), and 'The Beloved Rogue' (1927). 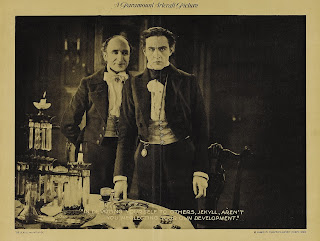 In screening the original 'Dr. Jekyll & Mr. Hyde,' the Natick Center for the Arts aims to recreate all essential elements of silent film experience: high quality prints shown on a large screen, with live music and an audience.

Rapsis performs on a digital synthesizer that reproduces the texture of the full orchestra and creates a traditional "movie score" sound.
The silent film version of 'Dr. Jeykll & Mr. Hyde' (1920) will be screened with live music on Sunday, Oct. 17 at 4 p.m. at the Center for the Arts, 14 Summer St., Natick, Mass.