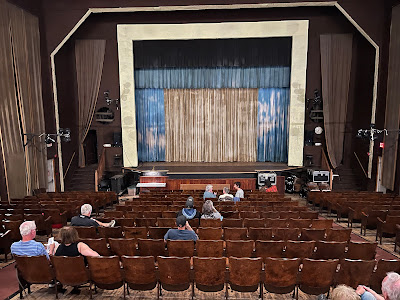 The interior of the Leavitt Theatre in Ogunquit, Maine, which will be 100 years old next year.

Back at the blog after a busy stretch that included screenings of Harold Lloyd's comedy 'For Heaven's Sake' (1926) at the Leavitt Theater in Ogunquit, Maine and Mabel Normand in 'Mickey' (1918) at the Town Hall Theater in Wilton, N.H.

If you've ever wondered what the interior of the Leavitt Theatre looks like, the above picture tells the story. (My new iPhone camera is pretty good in low light; before this, photos never really turned out well.)

The interior, shown here as the audience for 'For Heaven's Sake' begins filtering in, hasn't changed much since 1923. The wooden floor is raked at a steep angle, and many of the seats are original, with thick wire loops underneath so gentlemen can stow their hats!

One difference: originally, back in the era of 1:1.33 aspect ratio and carbon arc projection, the proscenium would have been filled by a giant, brilliant image! However, nowadays the theater is configured for wide screen ratios, so only the bottom 3/5 of the screen area is used. Pity.

This week it's more Harold Lloyd, as I'll be accompanying 'The Kid Brother' (1927) on Wednesday, June 22 at the Coolidge Corner Theatre in Brookline, Mass.

Showtime is 7 p.m. Lots more info in the press release below: 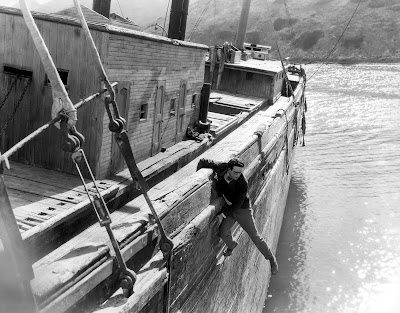 BROOKLINE, Mass.—He was the most popular film star of the 1920s, routinely outpacing comic rivals Charlie Chaplin and Buster Keaton at the box office.

He was Harold Lloyd, the boy next door who could wind up hanging from the hands of a clock high atop a skyscraper. Audiences loved Lloyd's mix of visual comedy and thrilling adventures, making him one of the most recognized icons of early Hollywood.

See for yourself when 'The Kid Brother' (1927), a feature-length film regarded as Lloyd's masterpiece, is screened on Wednesday, June 22 at 7 p.m. at the Coolidge Corner Theatre, 290 Harvard St., Brookline, Mass.

The show is the latest in the Coolidge Corner's acclaimed 'Sounds of Silents' series, which gives audiences the opportunity to experience early cinema as it was intended: on the big screen, with live music, and with an audience. 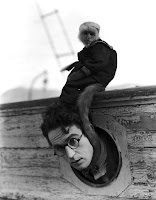 In 'The Kid Brother,' meek country boy Harold Hickory (Lloyd) looks up to his tough father, but is overshadowed by two burly older brothers. When a traveling circus and medicine show brings trouble to town and possible disgrace to the Hickory clan, can Harold save the family name?

From that simple situation, Lloyd weaves a roller coaster of a tale that critics and film historians say show him at the height of his powers as a filmmaker and comedian.

"The first silent film I ever saw that made me actually stand up and cheer," wrote critic Steven D. Greydanus of The Decent Films Guide. "As a first introduction to silent film, I would pick 'The Kid Brother' over the best of Chaplin or Keaton every time."

"Unlike Chaplin’s Little Tramp, who was as much defined by his bizarre eccentricities as his bowler and cane, Lloyd’s character, with his trademark spectacles, was an instantly likable, sympathetic boy-next-door type, a figure as winsome and approachable as Jimmy Stewart or Tom Hanks," Greydanus wrote. 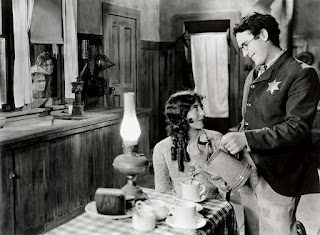 Jobyna Ralston and Harold Lloyd in 'The Kid Brother.'

Harold Lloyd, along with Chaplin and Keaton, stands as one of the three masters of silent comedy. Though Lloyd's reputation later faded due to unavailability of his movies, the recent re-release of most of his major films on home media has spurred a reawakening of interest in his work and a renewed interest in theatrical screenings.

"Seeing a Harold Lloyd film in a theater with live music and an audience is one of the great experiences of the cinema of any era," said Jeff Rapsis, a New Hampshire-based silent film musician who will accompany the film.

"Films such as 'The Kid Brother' were designed for a specific environment. If you can put those conditions together again, you can get a sense of why people first fell in love with the movies," Rapsis said.

'The Kid Brother' will be screened with live music on Wednesday, June 22 at 7 p.m. at the Coolidge Corner Theatre, 290 Harvard St., Brookline, Mass. as part of the theater's 'Sounds of Silents' series. 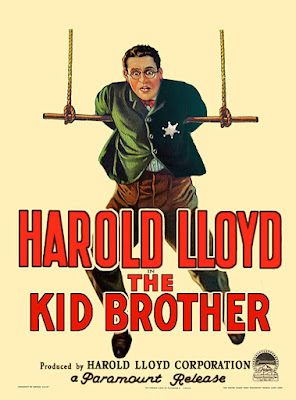