Change of venue! Tonight's screening of 'Phantom of the Opera' now at Derry (N.H.) Public Library 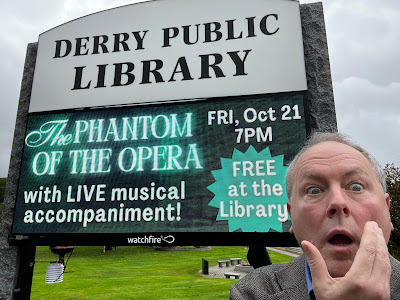 Join me this evening for a scary pre-Halloween screening of 'Phantom.'

It's just before show time but wanted to post this to get out the word that the location of tonight's screening is the Derry Public Library.

It was originally another venue, but had to be moved. So come to the library and enjoy the show!

Complete details in the press release below... 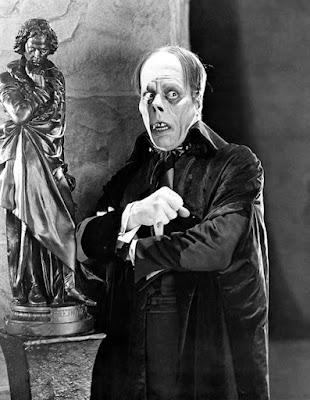 'Phantom of the Opera' with live music at Derry Public Library on Friday, Oct. 21

DERRY, N.H.—Get into the Halloween spirit with a spooky silent horror film!

'The Phantom of the Opera' (1925), the silent big screen adaptation of the classic thriller, will be shown with live music on Friday, Oct. 21 at 7 p.m. at the Derry Public Library, 64 East Broadway, Derry, N.H.

Admission is free and the program is open to all.

The show will allow audience members to experience 'Phantom' the way it was intended to be seen: on the big screen, with live music, and with an audience.

"The original 'Phantom' is a film that seems to get creepier as more time passes," said Rapsis, who frequently accompanies films throughout the nation. "It's a great way to celebrate Halloween, and also the power of silent film to transport audiences to strange and unusual places." 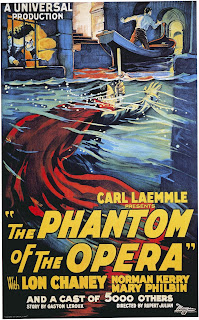 'The Phantom of the Opera' proved so popular in its original release and again in a 1930 reissue that it led Universal Studios to launch a series of horror films, many of which are also regarded as true classics of the genre, including 'Dracula' (1931), 'Frankenstein' (1931), and 'The Mummy' (1932).

The silent film version of 'Phantom' also paved the way for numerous other adaptations of the story, up to and including the wildly successful Andrew Lloyd Webber musical from 1986 that continues to run on Broadway and in productions around the world.
‘The Phantom of the Opera’ (1925) will be shown on Friday, Oct. 21 at 7 p.m. at the Derry Public Library, 64 E. Broadway, Derry, N.H. Admission is free. For more information, contact the Derry Public Library at (603) 432-6140 or at lizr@derrypl.org.
Posted by Jeff Rapsis at 5:18 PM