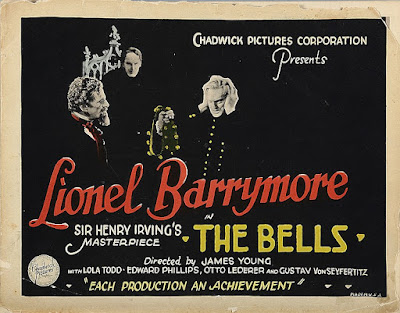 The pre-Halloween silent film marathon continues with a screening of 'The Bells' (1926) tonight (Friday, Oct. 28) at the old Town Hall in Warner, N.H.

And what better silent film to show in support of a telephone museum than one called 'The Bells'?

Live music (plus some nifty bell sound effects) will be provided by yours truly.

The movie itself has nothing to do with telephones, nor does it concern the famous Edgar Allen Poe poem.

I recorded a score for it several years ago for a DVD reissue by Reel Classics Video. But tonight's music will all be freshly improvised.

And while I'm at it, thanks to everyone who turned out to pack the Jane Pickens Theatre in Newport, R.I. for last night's 100th anniversary screening of 'Nosferatu' (1922).

A total of 216 tickets were sold—the most so far for any silent film program since I began performing in Newport earlier this year.

Despite the DCP version of the film being noticeably different from the DVD transfer that I usually use, all went well. After a half-dozen 'Nosferatu' screenings in the past two weeks, I'm getting pretty good at synchronizing the chime noises when the clock strikes midnight.

Your final chance to see 'Nosferatu' this Halloween season, at least with music by me, will by on Saturday, Oct. 29 at 2 p.m., when I accompany a screening at the Park Theatre in Jaffrey, N.H.

After that, the film goes back into its coffin until the next resurrection.

Hope to see you at tonight's screening of 'The Bells' in Warner! In the meantime, enjoy some "atmosphere" shots from 'Nosferatu' last night in Newport, where they do quite a good job on the posters. 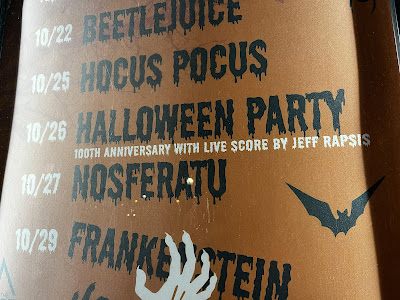 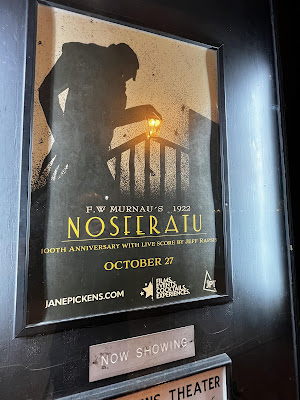 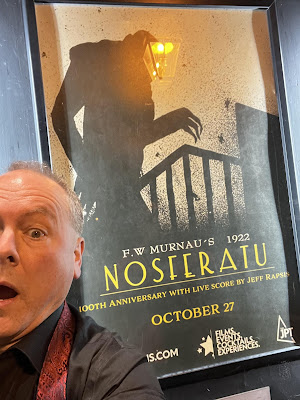 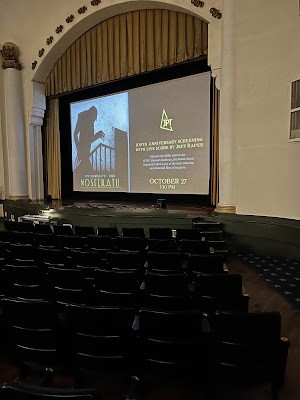