Ending 2022 with yesterday's vision of tomorrow: Metropolis in Newport, R.I. on Tuesday, Dec. 27 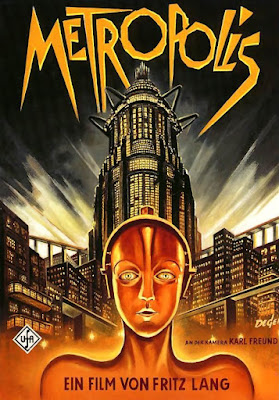 Showtime is 7 p.m.; lots more info in the press release below.

Looking ahead, 2023 beckons as another busy post-pandemic year of silent film music.

Besides a full dance card of local shows, a pair of out-of-town performing trips are already on the calendar.

In January, I'll be playing for film programs at Cinema Detroit in Detroit, Mich., and Case Western Reserve University in Cleveland.

And then in February, it's my annual pilgrimage to the Kansas Silent Film Festival at Washburn University in Topeka, Kansas.

I don't do personal New Year's resolutions as I don't ever seem to change. I'll soon be 60 years old, but I'm still bedeviled by teenage habits and personality trains, with a big helping of the Seven Deadly Sins mixed in.

But in terms of silent film accompaniment, according to my running list of silent feature films that  I've accompanied (maintained elsewhere on this blog), right now the total stands at 373.

So, in between repeat screenings of popular titles that comprise the bulk of my work, I'll try to salt in a few obscure titles I've never before tackled. If I do an average of one every two weeks, I should make it!

One good sign: in planning its 2023 calendar, the Somerville Theatre has booked no less than four silent features that I've never played for before, including Lillian Gish in 'Annie Laurie'; Mary Pickford's early 'Cinderella;' the recently restored MGM blockbuster 'The Fire Brigade'; and Thomas Meighan in 'The Canadian.'

All are via 35mm prints from the Library of Congress—your tax dollars at work!

In the meantime, 'Metropolis' is up next. Hope you'll join us during that strange in-limbo week between Christmas and New Year's Day.

And a Happy New Year! 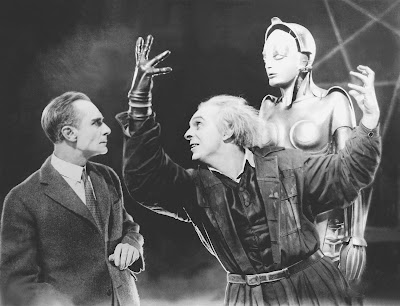 Landmark early futuristic fantasy, with half-hour of rediscovered footage, to be shown with live music at Jane Pickens Theatre

NEWPORT, R.I.—A silent film hailed as the grandfather of all science fiction fantasy movies will be screened with live music in Newport during the upcoming holiday vacation week.

The screening, the latest in the venue's silent film series, will feature live accompaniment by Jeff Rapsis, a New Hampshire-based composer who specializes in creating music for silent films.

Admission is $15 per person; members $13. Tickets are available online or at the door.

In reviving 'Metropolis' and other great films of cinema's early years, the Jane Pickens Theatre aims to show silent movies as they were meant to be seen—in high quality prints, on a large screen, with live music, and with an audience. 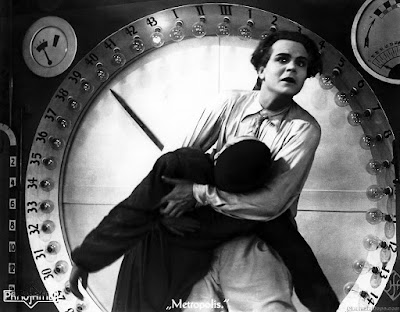 The version of 'Metropolis' to be screened at the Jane Pickens Theatre is a newly restored edition that includes nearly a half-hour of missing footage cut following the film's premiere in 1927.

The discovery led to a 2½-hour version that debuted in 2010 to widespread acclaim. It's this fully restored edition that will be screened at the Jane Pickens Theatre.

Rather than focus exclusively on authentic music of the period, Rapsis creates new music for silent films that draws from movie scoring techniques that today's audiences expect from the cinema.