It's been a crowded week, but time to catch up on a few odds and ends, including the next upcoming screening... 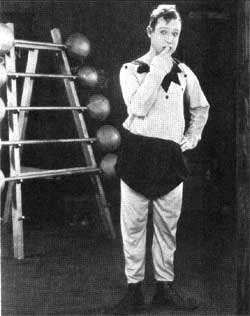 Coming up this weekend is a screening of 'The Strong Man' (1926), the great Harry Langdon film directed by a very young Frank Capra. It's the final installment of our "summer silent comedy" series at the Wilton (N.H.) Town Hall Theatre, and it's Sunday, Aug. 29 at 4:30 p.m. It's a fun film to score, and is one of those pictures where some specific music plays a key role in the picture -- in this case, the hymn 'Onward Christian Soldiers,' so I've had to get that under my fingers to be ready. We also have an eclectic collection of short subjects planned for this screening.

Our now-annual 'Mirthquake' (New England's largest vintage film festival; actually, it's New England's only vintage film festival) took place Aug. 19-21, and I neglected to post any notes, so here goes. Unlike previous incarnations, during our marathon daytime screenings at the Manchester Public Library, I wasn't on hand to pound the horseteeth (meaning the library's wonderful old Steinway), but here are comments on our features. 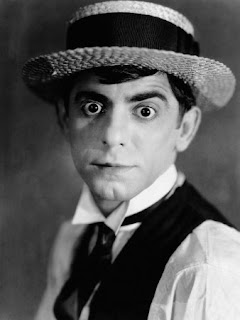 - Thursday, Aug. 19 featured Eddie Cantor in 'Kid Boots' (1926), a pretty good picture that I'd never seen before. We screened it in the third floor auditorium of UNH-Manchester thanks to Jeff Klenotic, a faculty member there. This was one of those screenings where the lights go down and I realize I can't see the keyboard, but it's too late to do anything about it. As an added obstacle, I was playing the school's Yamaha baby grand, a piano that I'm familiar with (I got my MBA from UNH and spent time between classes playing it) but which has a very tough action. Oh well! I muddled through the shorts, but prior to the Cantor film, I had us stop and Jeff Klenotic went out and found a desk lamp. Still, the lighting and the keyboard were enough to throw me off for the night, so things just didn't gell and I wasn't satisfied with the 'Kid Boots' effort. 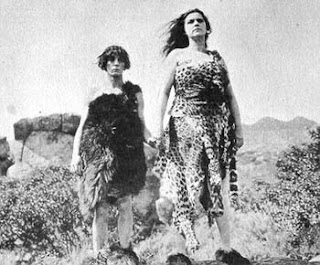 - Friday, Aug. 20 found us at the Red River Theatre complex for a screening of Buster Keaton's 'Three Ages.' This one was shaping up fine, with me back on my familiar Korg Triton weighted-action keyboard, until the image popped up and it was being projected as wide screen! (This was entirely my fault, as I should have brought the discs up beforehand and worked that out.) I asked the folks there to fix it, but some behind-the-scenes confusion ensued; long story short, the problem never got corrected, and once again I found myself distracted by something that got in the way of focusing on the music. But the crowd (we had a full house) enjoyed the Keaton short 'Neighbors,' which I've played a lot lately and know quite well; a screening of 'The Boat' was musically off (again, I couldn't get in the zone) but also went over well. Finally, with 'Three Ages,' I was able to settle in and run with the film, as I say: to achieve that state of unselfconsciousness, and to be in the moment but also thinking one step ahead, that makes for a good score.

- Saturday, Aug. 21 brought us to the Wilton Town Hall Theatre, which owner Dennis Markaverich (one of the unsung heroes of film in our part of the world) generously opened up for us to screen a wild collection of obscure films. I usually argue for films that audiences will respond to, rather than rare or obscure films, but Mirthquake allows for a little latitude. The result was screenings of two features that I'd never seen before and scored cold: Larry Semon's World War I comedy 'Spuds' (1927) and the W.C. Fields comedy 'So's Your Old Man.' (1926). Not sure what it is about Wilton but I settle right in and things seem to go well there. 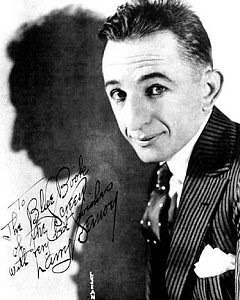 'Spuds' started off with some big battle scenes so I amped it up for that, taking the risk of starting too strong and then having nowhere to go. But I assumed the film would quiet down, and it did, so the gamble paid off. Somehow I came up with a little melodic figure that proved extremely versatile throughout the film, so it all held together quite nicely. The toughest part was the sidebar sequence featuring antics of a platoon of black soldiers that has dated quite badly; I think carefully done music could help set it off and separate it from the main story line, but I didn't realize this until it was over. 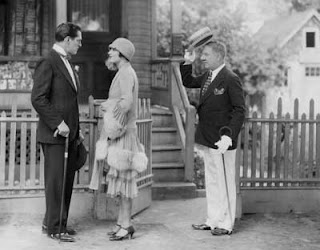 The best score of the festival, I felt, was what I pulled out of my hat for 'So's Your Old Man,' and it was largely the result of an accident. As the feature for an afternoon segment that included a large number of obscure shorts (some with W.C. Fields), I assumed it would be run last. So when it came on in the middle of the program, the title of it somehow didn't register and I assumed it was just another short, so I launched into some goofball melody and hoped for the best. (When you don't know what you're doing, confidence is essential.) Only about 10 minutes into it did I realize that we were seeing the Field feature, and so I took stock and recalibrated right then and there. Usually when I do a feature, I plan out the pacing and lay out themes as best I can in the first 10 minutes so that the thing has a chance of working. Here, I hadn't done any of that, so what to do? But even as I was thinking this, I was playing a simple melody that had come out of nowhere and I was using to fill time. And I kept playing it, and kept playing it, and found it had possibilities, and before I knew it, I had something that would really work to make 'So's Your Old Man' come to life. It was one of those accidents that happens sometimes -- and I'll bet it wouldn't have occurred if I had been overthinking the first 10 minutes. There's a lesson there, I think.