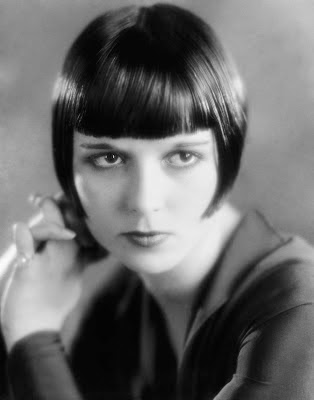 Yes, the film was made in Europe, not Hollywood, and even then that made quite a difference. 'Pandora's Box' deals with "adult" topics such as extramarital sex and lesbianism in a way that's very unlike most mainstream American features of the time.

And here's the odd thing. I think that enough time has passed to make the mainstream pictures (where the hero wears white) seem more unusual today than the complex stuff that director G.W. Pabst has going on 'Pandora's Box.'

Really. For modern audiences not used to silent films, the traditional Hollywood approach of the period is part of what makes them seem refreshing today. The story-telling, the implied morality, the lack of ambiguity: it all somehow captures an innocence that's one of its special qualities.

A film like 'Pandora's Box,' with its frank handling of such less-than-innocent topics as extra-marital sex, doesn't fit into that, er, box. It challenges our notions of morality, shows us humans at their most revealing, and basically does things that a contemporary film is expected to do.

Good for it! But then, will it have the same kind of impact on a theater audience as, say, the much more idealized and upstanding swashbuckling of Douglas Fairbanks in 'Don Q, Son of Zorro' (1925). 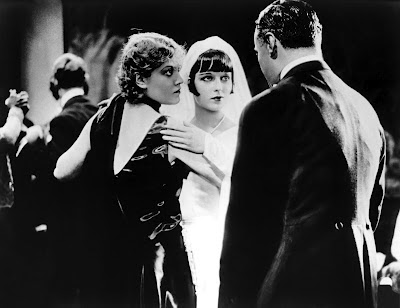 PLYMOUTH, N.H.—The rise and fall of an amoral but naive young woman who inspires lust and violence is the story of 'Pandora's Box' (1929), a silent film drama to be screened with live music on Thursday, Sept. 20 at the Flying Monkey Moviehouse and Performance Center, 39 South Main St., Plymouth, N.H. The program, the latest in the Flying Monkey's monthly silent film series, will be accompanied by live music performed by New Hampshire composer Jeff Rapsis. General admission is $10 per person.

'Pandora's Box' stars the iconic actress Louise Brooks in what many consider her finest role ever—as Lulu, a hedonistic young dancer and prostitute who uses her eroticism to manipulate older men to get what she wants. The film, made in Germany by director G.W. Pabst, leaves Lulu's character open to interpretation. Does she manipulate men on purpose without regard for the consequences, or is she unaware of the damage she causes to those who are attracted to her?

The film is highlighted by the cool, calculated performance of Brooks, an American actress who worked in Germany in the late 1920s. Her portrayal of a seductive, thoughtless young woman whose raw sexuality and uninhibited nature bring ruin to herself and those who love her, although initially unappreciated, eventually made the actress a star.

The title is a reference to Pandora of Greek mythology, who upon opening a box given to her by the gods released all evils into the world, leaving only hope behind. 'Pandora's Box' is also notable for its lesbian subplot in the attraction of Countess Augusta Geschwitz to Lulu.

As a foreign film released at the very end of the silent era, 'Pandora's Box' did disappointing business at the box office. The film was re-discovered in the 1950s by critics, who acclaimed it greatly. Modern critics now praise the film as one of the classics of Weimar Germany's cinema, along with 'The Cabinet of Dr.Caligari,' 'Metropolis,' and 'The Last Laugh.'

Film critic Roger Ebert reviewed the film in 1998 with great praise, and remarked of Brooks' presence, "she regards us from the screen as if the screen were not there; she casts away the artifice of film and invites us to play with her".

"Brooks' face is fixed forever: the bangs cut low over the eyes (``One of the 10 haircuts that changed the world,'' according to InStyle magazine); the eyebrows rich and level, parallel to the bangs; the deep dark eyes; the mouth often caught in a pout or a tease; the porcelain skin; the perfect regularity of features that made her almost a cartoon," Ebert wrote.

Rapsis, a New Hampshire-based silent film musician, said 'Pandora's Box' was not made to be shown on television or viewed on home entertainment centers. In reviving silent films, the Flying Monkey aims to show them as they were meant to be seen—in high quality prints, on a large screen, with live music, and with an audience.