Burn off those calories with laughter
with silent comedies on Sunday, Nov. 25

A bevy of great silent short comedies with live music will form the cinematic after-dinner mint, so to speak, of your upcokming food-centric Thanksgiving Day weekend, if you choose to attend our show on Sunday, Nov. 25 at 4:30 p.m. at the Wilton (N.H.) Town Hall Theatre.

The program will emphasize great comedies from silent era that we've somehow neglected to bring to the big screen in the five years we've been showing early cinema in Wilton. (Movies have been shown in Wilton since 1912, so I can't say for sure these films have never been shown there.)

Sunday's menu hasn't quite been decided yet. But the comedy feast will definitely include the following morsels, all of them so far unscreened in Wilton, at least in the modern age. So come on along for the taste of laughter: 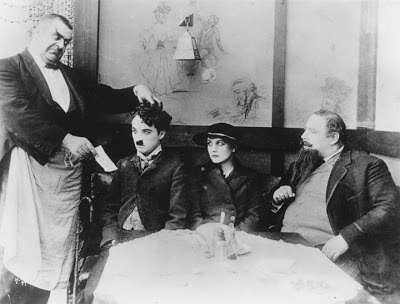 • The Immigrant (1916): One of Chaplin's better "Mutual" comedies, the two-reelers made during 1916-17 in which his artistry truly blossomed. Highlighted by Charlie's antics on a rocking ship as well as an extended scene in an on-shore restaurant with Eric Campbell as the scariest waiter you're ever likely to encounter. 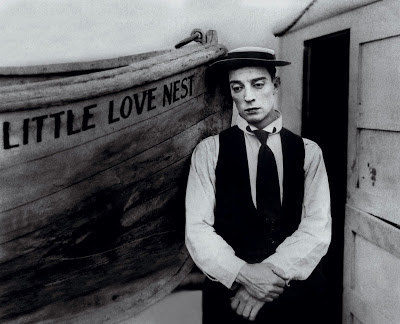 • The Love Nest (1923): A bizarre Buster Keaton short comedy finds our hero, rejected by his girl, taking to the high seas, where he drifts (literally) from one improbable misadventure to another. I hadn't looked at this film in years, and I can't wait to see how it plays with an audience. 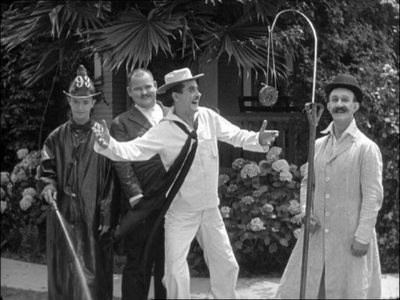 All this, and probably a half-dozen other comedy shorts, all free! So cap off your Thanksgiving Day weekend with an extra helping of laughter.