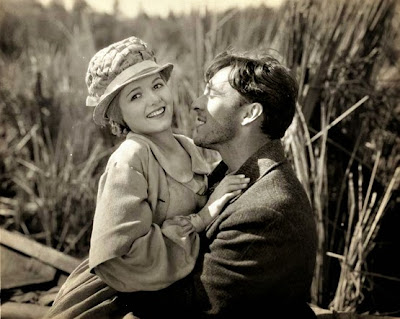 Due to inclement weather, the screening of 'Sunrise' on Thursday, Feb. 13 at the Flying Monkey was postponed until Thursday, March 6.

First, welcome to anyone visiting here who saw a profile of me that ran recently on New Hampshire Chronicle, a local TV news magazine produced in our corner of the world.

The segment was actually filmed last year. At the time, I figured they must be running out of interesting people to talk to if they were interviewing me.

And now I've entered the world of "evergreen" profiles, to be used to fill out a show when there truly is a dearth of original material, or if a segment falls through.

On Monday night, I played second fiddle to a piece on New Hampshire residents still obsessed by the Beatles 50 years after they first appeared on the Ed Sullivan show.

Back up to the Beatles! Well, it could be a lot worse. :)

About the segment: I was thrilled to get the attention! However (and I don't mean to appear less than grateful), I was disappointed that they chose to run many of the film clips at speeds way faster than they're supposed to go. This reinforces the stereotype that silent films are absurd artifacts not to be taken seriously.

Also, they played music that didn't go with what was on the screen, making things seem additionally random.

So it reinforced my conviction that the only way to communicate the greatness of this lost art form is to recreate it as intended: with good prints, in a theater, with live music, and with an audience. Otherwise, it's very difficult to understand.

The next local chance to experience this will be a pair of upcoming screenings of 'Sunrise' (1927), the great romantic drama directed by F.W. Murnau and starring Janet Gaynor and George O'Brien. Our shows are just in time for Valentine's Day, providing an opportunity for you and that special someone to do something, er, special. 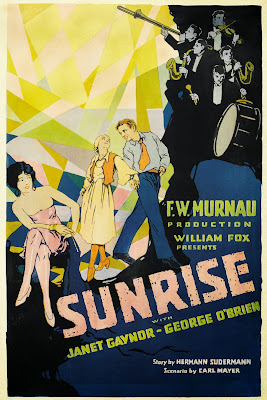 Calling all Valentines! Timeless romantic
movie 'Sunrise' to be screened in N.H.
on Thursday, Feb. 13 and Friday, Feb. 14

"It's a unique and special way to celebrate Valentine's Day," said Rapsis, who creates live original scores for silent film screenings around New England and beyond.

'Sunrise' tells the story of a young country couple (played by Gaynor and O'Brien) whose marriage is threatened by the presence of a woman from the city (Margaret Livingston) who convinces the man to abandon his wife. Will the young husband go through with a plan to leave his wife? Will true love overcome the obstacles of temptation and the promise of short-term pleasure? 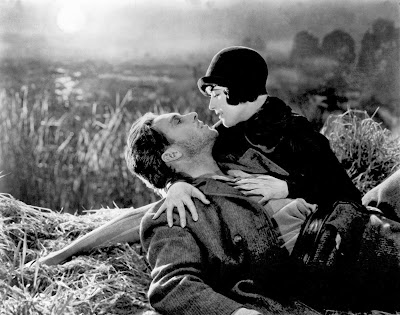 George O'Brien confronts temptation (in the form of Margaret Livingston) in 'Sunrise' (1927).

"F.W. Murnau's 'Sunrise' conquered time and gravity with a freedom that was startling to its first audiences," wrote Roger Ebert in 2004. "To see it today is to be astonished by the boldness of its visual experimentation."

The Flying Monkey Moviehouse and Red River Theatres include silent film in their programming to give today's audiences a chance to experience the great films of cinema's early years as they were intended: in restored prints, on the big screen, and with live music and an audience.

Rapsis, who uses original themes to improvise silent film scores, said great silent film dramas such as 'Sunrise' used their lack of dialogue to tell stories that concentrated on the "big" emotions such as Love, Despair, Anger, and Joy. Because of this, audiences continue to respond to them in the 21st century, especially if they're presented as intended — with a live auience and live music.

'Sunrise' will be shown on Thursday, Feb. 13 at 6:30 p.m. at the Flying Monkey Moviehouse and Performance Center, 39 South Main St., Plymouth, N.H.; and again on Friday, Feb. 14 at 7 p.m. in the Jaclyn Simchik screening room at Red River Theatres, 11 South Main St., Concord, N.H. Admission is $10 per person for either screening. For more information about the music, visit www.jeffrapsis.com.