Harold Lloyd's 'The Kid Brother' in 35mm
on Sunday, Sept. 14 at Somerville Theatre 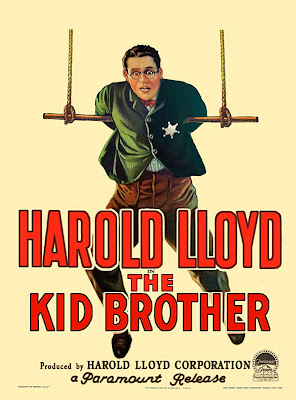 When I was growing up and first getting into silent film, Harold Lloyd loomed as a mysterious and mythic figure to me.

Why? Because I'd read all about his work and his films and his great popularity. But in Nashua, N.H. in the 1970s, there was no way to actually see the films themselves.

So, as we prepare for a screening of Lloyd's great feature 'The Kid Brother' (1927) in 35mm on Sunday, Sept. 14 at the Somerville Theatre, let me recall how hard it used to be to see Lloyd's work, which might help explain why I feel every Lloyd showing is something of a special event.

I first got hooked on silent film back in EBHV. (That's short for the "Era Before Home Video.") To collect or enjoy silent film, you had to buy or rent home versions on actual film, and run them on your home projector.

And so I eagerly ordered 8mm prints of Chaplin and Keaton titles from Blackhawk Films, and ran them all the time to my confused neighborhood friends. But precious few of Lloyd's films were available to buy or rent for home use, and those that were seemed to be just the very early ones.

I wondered: What was the deal with the Lloyd films? Were they lost? Were they just not any good? Was there something wrong with them? Would I ever get to see them?

What had happened, I later found out, was that Lloyd himself felt quite strongly that his films, to be seen at their best, needed to be shown in a specific environment: in a theater, with live music, and with a large audience.

After the silent era ended, he kept close control of his work, refusing to license it for television or for home use, which he felt would diminish what he and his co-workers had strived so hard to achieve.

It was a testament to the quality of the work, and to Harold's achievement, that memories of his films persisted for decades despite their unavailability. That one photo of him hanging from the clock in 'Safety Last' (1923) probably would have been enough by itself to keep his name from fading completely.

But for the most part, the best Lloyd films were kept locked away for decades by their maker himself, and during that time his name recognition really did fall off. Later in life, Harold's eventual solution was to create compilation films, stitching together the best sequences from his great silent features of the 1920s and also some of his sound pictures of the 1930s.

These were released in the 1960s, and Harold was right: his work still worked when shown in theaters, even for a new generation of film-goers who weren't familiar with his character. And the experience of seeing it in a theater with a large audience was a crucial part of seeing his work to its best advantage.

After Harold died in 1971, his films were eventually licensed for home and broadcast, but in versions that were edited for television. These "Time-Life" editions are almost universally decried as desecrations among serious film buffs.

But these versions were broadcast on some local PBS stations, usually as program filler, and that's how I first saw a lot of Harold's best work. (Thank you, New Hampshire Public Television.) To me, it was a revelation, even sitting alone at home in my pajamas on a Saturday morning at 10 a.m., which was not Harold's idea of optimum viewing experience for his films, I know.

Film after film that for years had been only titles in a book were now real experiences to me. And I thought each of them was absolutely superb. 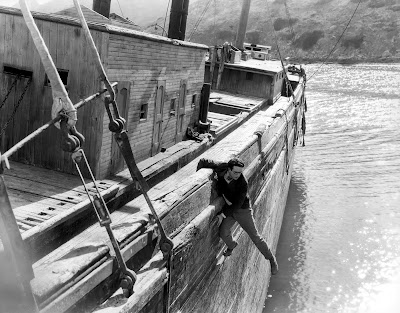 I found the visual quality of Harold's late 1920s work, as in this still from 'The Kid Brother' (1927), to be particularly impressive.

Seen together, they created a silent film world that had previously been unknown to me. It was like hearing people talk about Beethoven's symphonies for years, and then finally getting to hear them. I reveled in my new acquaintance of the richness of Harold Lloyd's world.

And a similar revelation happened later, when I first got to see Lloyd's films in a theater and as part of an audience. The effect was electric. Lloyd was right again: the screening conditions (basically, showing the pictures with live music in a theater with an audience) were vital to films having their full effect.

Now, when I think of the best silent-film going experiences I've had, many of them are Lloyd pictures, which were designed to produce audience response. A showing of 'Safety Last' (1923) that I arranged in 1983 while a student at Fordham University, which astonished all the campus film geeks who'd never heard of him. A screening of 'The Freshman' (1925) at the Film Forum in New York City in 1993 where I don't think I've ever laughed so hard.

More recently, as an accompanist: A screening of 'Girl Shy' (1924) to an audience in a barn in upstate New York worked the audience into a frenzy. A similar thing happened with a screening of 'Speedy' (1928) in Concord, N.H. The Lloyd films always get an audience going.

As a result of all this, I'm conditioned to think of any screening of a Harold Lloyd picture as a special event. So I'm really looking forward to doing music for his great feature 'The Kid Brother' (1927), presented this weekend in 35mm at the Somerville Theatre down in Somerville, Mass.

I do hope you can join us. A Harold Lloyd film with live music and a large audience remains one of the great experiences of the cinema. If you'd like more information, the press release for this screening is pasted in below. 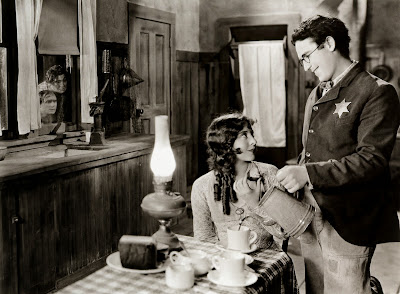 Silent comedy masterpiece 'The Kid Brother' to be screened in Somerville

SOMERVILLE, Mass.—He was the most popular film star of the 1920s, routinely outpacing comic rivals Charlie Chaplin and Buster Keaton at the box office. His "everyman" character, embraced by audiences, inspired movies that today remain crowd-pleasers for film-goers of all ages.

He was Harold Lloyd, the boy next door who could wind up hanging from the hands of a clock high atop a skyscraper. Audiences loved Lloyd's mix of visual comedy and thrilling adventures, making him one of the most recognized icons of early Hollywood.

See for yourself when 'The Kid Brother' (1927), a film regarded as Lloyd's masterpiece, is screened on Sunday, Sept. 14 at 2 p.m. at the Somerville Theater, 55 Davis Square in Somerville, Mass.

The movie will be accompanied live by silent film musician Jeff Rapsis. Admission $15 for adults; $12 for students/seniors.

'The Kid Brother' will be shown in the Somerville Theatre's main theater using a 35mm print provided by the Harold Lloyd Trust of Los Angeles.

In 'The Kid Brother,' meek country boy Harold Hickory (Lloyd) looks up to his tough father, but is overshadowed by two burly older brothers. When a traveling circus brings trouble to town and possible disgrace to the Hickory clan, can Harold save the family name?

From that simple situation, Lloyd weaves a roller coaster of a tale that critics and film historians say show him at the height of his powers as a filmmaker and comedian.

"The first silent film I ever saw that made me actually stand up and cheer," wrote critic Steven D. Greydanus of The Decent Films Guide. "As a first introduction to silent film, I would pick 'The Kid Brother' over the best of Chaplin or Keaton every time."

"Unlike Chaplin’s Little Tramp, who was as much defined by his bizarre eccentricities as his bowler and cane, Lloyd’s character, with his trademark spectacles, was an instantly likable, sympathetic boy-next-door type, a figure as winsome and approachable as Jimmy Stewart or Tom Hanks," Greydanus wrote.

Harold Lloyd, along with Chaplin and Keaton, stands as one of the three masters of silent comedy. Though Lloyd's reputation later faded due to unavailability of his movies, the recent re-release of most of his major films on DVD has spurred a reawakening of interest in his work. This has led to more screenings in theaters such as the Somerville, where it was designed to be shown.

"Seeing a Harold Lloyd film in a theater with live music and an audience is one of the great experiences of the cinema of any era," said Jeff Rapsis, a New Hampshire-based silent film musician who will accompany the film. "These films were designed for a specific environment. If you can put those conditions together again, you can get a sense of why people first fell in love with the movies," Rapsis said.

The films will be shown using 35mm black-and-white prints on the theater's big screen with correct lighting, speed, and aspect ratio. Although the Somerville, like most movie houses, recently installed digital projection, the theater remains committed to keeping alive the experience of film in the 35mm format.

"For more than a century, movies were shot and edited and watched using 35mm film," Rapsis said. "Today, the chance to see a vintage film in its original format and in a theater is increasingly rare. The Somerville's screening of 'The Kid Brother' is a chance to enjoy this movie in the format and setting it was designed for."

• Sunday, Oct. 5, 2 p.m.: 'The Crowd' (1928). Director King Vidor's acclaimed drama about the life of an everyman who aims high, but life has other ideas. Released by MGM near the end of the silent era, and filled with iconic scenes showing the eloquence of silent film at its most fluent.

'The Kid Brother' will be screened in 35mm with live music on Sunday, Sept. 14 at 2 p.m. at the Somerville Theater, 55 Davis Square, Somerville, Mass. Admission $15 adults, $12 students/seniors. For more information, call (617) 625-5700 or visit http://www.somervilletheatreonline.com. For more info on the music, visit www.jeffrapsis.com.