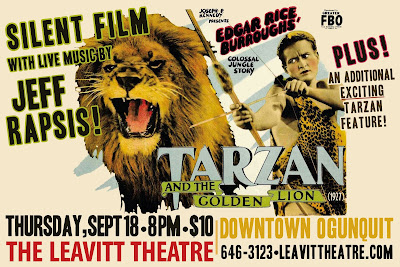 A crazy (but memorable) poster in which my name battles a lion and Tarzan for prominence.

Here's a thought about our silent Tarzan double feature coming up this week (Thursday, Sept. 18) at the Leavitt Theatre in Ogunquit, Maine: I think the 'Tarzan' stories of Edgar Rice Burroughs are in the same category as 'The Lost World' by Arthur Conan Doyle or 'Dr. Jekyll and Mr. Hyde' by Robert Louis Stevenson.

Yes, they were all made into popular silent films. But that's not what I mean, despite this being a blog about silent film accompaniment. What I'm thinking about is how each author used then-current changes in society to imagine original stories that became powerful modern myths.

I suppose it's true that the basic stories of mankind haven't changed since pre-history. Boy meets girl, pride comes before a fall, etc. In Western civilization, tales illustrating such themes are woven into Greek mythology, the Bible, into Shakespeare—everything. They're important in part because they are unchanging.

But what I like about Tarzan—and about 'The Lost World' and about 'Dr. Jekyll and Mr. Hyde,' too—is that they seem to me to entirely new stories rooted in what was happening right in their times. They represented changes in culture and society that just weren't part of the ancient landscape. They were new. 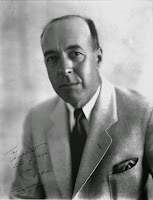 In the case of Tarzan, Burroughs fashioned a storyline to create a human raised without benefit of modern civilization's extensive and potentially corrupting influence. Was he a better person because of it? You could debate it either way, but the idea was rich enough to spawn endless novels and sequels, turning Tarzan into a cultural icon.

And how about dinosaurs? Every time I go into a toy store and see all the dinosaur-related items, I wonder if it would be like this if Sir Arthur hadn't penned 'The Lost World,' published back in 1912. By spinning a tale that gave humans a way to interact with pre-historic creatures long thought extinct, Doyle's creativity gave life to a whole cultural subset that persists to this day.

'Dr. Jekyll and Mr. Hyde': another case of scientific developments driving the creation of a new tale that reflected present reality and also helped us cope with its consequences. Author Stevenson emerged from the lab of his writing room with a memorable tale of a man with two identities, a story that owed nothing to anyone.

So back to this week's screening: Tarzan is among an elite group of characters who were spawned by changes in society in the early 20th century, and then propelled to fame by the movies. And this goes to heart of what I find exciting about early cinema: it's like being present at the creation of brand new myths that speak closely to age we live in.

Of course change keeps happening, and faster and faster all the time. And so I have to ask: who among us is spinning the tales and creating the characters that will help us understand our own times? It's not easy to know.

But we can be sure of the impact of Tarzan, and of dinosaurs, and of Dr. Jekyll and Mr. Hyde, even down to the current day. And I think it's really exciting to go back to when such stories were brand new to readers and movie-goers alike.

I do hope you can join us for the silent Tarzan double feature at the Leavitt Theatre in Ogunquit. Details and more info about the films are in the press release below. 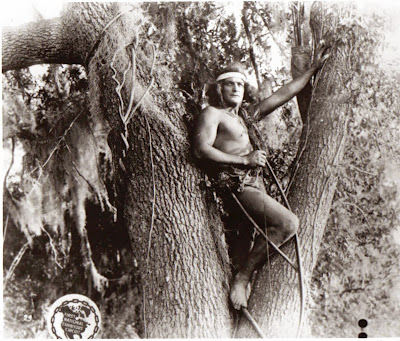 OGUNQUIT, Maine—You won't get to hear his famous jungle yell. But everything else that made Tarzan a vine-swinging movie legend will fill the big screen at an upcoming one-night-only silent film double feature at the historic Leavitt Theatre.

Both films will be accompanied by live music performed by silent film composer Jeff Rapsis. General admission for the event is $10 per person.

The program features 'Tarzan of the Apes' (1918), the very first full-length movie adaptation of the Tarzan story. The film covers the basic story of how Tarzan was separated from his aristocratic British parents, Lord and Lady Greystoke. As a young child, he is adopted by apes, and raised in the jungle until his rediscovery as a young "ape man" and his reconnection with civilization begins.

The original 'Tarzan of the Apes' was filmed in 1917 in Morgan City, Louisiana, using Louisiana swamp country as a stand-in for the African jungle.

Playing Tarzan is Elmo Lincoln, the first actor to popularize the role. Lincoln, a hefty athlete, went on to play the ape man in two subsequent films before the role was given to other actors.

After Lincoln's movie career fizzled in the 1920s, he found work in the mining industry. Later in life, he returned to Hollywood to take small parts in low budget movies, working as an uncredited extra in two Tarzan films in the 1940s. Lincoln died in 1952 after suffering a heart attack.

Also to be shown at the Leavitt is 'Tarzan and the Golden Lion' (1927), an RKO Pictures adaptation of a 1923 Burroughs novel of the same title.

The film finds Tarzan forced to journey through the African jungle to the legendary City of Diamonds, where he and his pet lion Jadbal-ja must save an Englishwoman from being sacrificed to the Gods.

Playing Tarzan in this film is James Pierce, the fourth actor to portray the role. Pierce was a part-time actor who coached high school football in Glendale, Calif., where his squad included future actor John Wayne.

After landing the Tarzan role, Pierce married Burroughs' daughter Joan in 1928. Although other actors took over the Tarzan role in motion pictures, Pierce and his wife voiced the roles of Tarzan and Jane in a popular 1930s radio show.

Pierce later ran a real estate agency in southern California. He died in 1984; he and his wife are buried in Indiana with tombstones marked "Tarzan" and "Jane."

For decades, no copy of 'Tarzan and the Golden Lion' was thought to exist until a nearly complete print was discovered in a foreign archive in the 1990s. 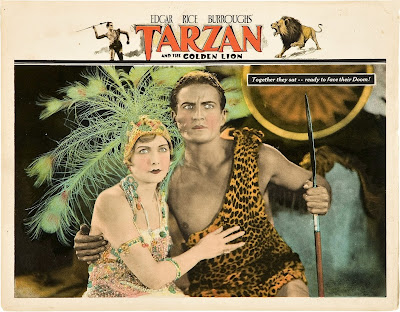 The Tarzan double feature is the latest in the Leavitt's series of silent film screenings with live music. The series aims to show the best silent films in the way that caused people to first fall in love with the movies—on the big screen, in a theater, with live music, and with an audience.

"We're looking forward to running this amazing double feature of early Tarzan movies," said Peter Clayton, longtime owner/operator of the Leavitt. "So much of what's great about the movies started back in the silent era, and Tarzan is no exception. It's a great joy for us to present these films on the big screen again with live music."

The Leavitt opened in 1923 as a silent movie house, and has been in business every summer season since. Over the past winter, Clayton installed a new digital projection system to enable the Leavitt to continue to offer first-run Hollywood films.

Both Tarzan flicks will be accompanied by New Hampshire-based silent film musician and composer Jeff Rapsis, who has prepared new material to go with both pictures.

"In accompanying these Tarzan films, I hope to evoke the mystery and excitement of the jungle setting that was a big part of their popularity," Rapsis said.

"I also hope to bring out the excitement that helped people first fall in love with the movies, and which is still in these pictures," Rapsis said. "That's especially true in the 'Golden Lion' film, which plays like an early version of 'Raiders of the Lost Ark.' "

The Tarzan Silent Film Double Feature will be shown with live music on Thursday, Sept. 18 at 8 p.m. at the Leavitt Theatre, 259 Main St., Route 1 in Ogunquit, Maine. General admission is $10 per person; for more info, call (207) 646-3123 or visit www.leavittheatre.com. For more information about the music, visit www.jeffrapsis.com.