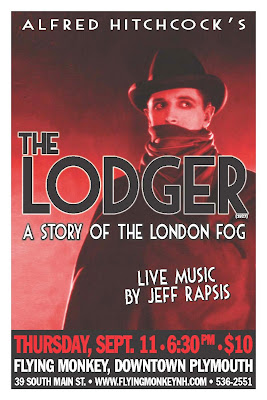 That's British actor Ivor Novello on the poster for this week's screening of 'The Lodger.'

Think about it: Alfred Hitchcock began directing movies when they came without soundtracks.

And for the rest of his long career, he maintained that silent film was "the purest form of cinema."

How odd that a man who ended up helming wide-screen color spectaculars such as 'North by Northwest' (1959) should yearn for the silent film era, with all its limitations.

What he meant, I think, was that if you stripped cinema down to its essence, you'd have one thing: pictures that move.

That was silent cinema. And this limitation forced Hitchcock (and other filmmakers, too) to make the most of this essential quality of cinema. (At right, an unflattering picture of a very young Hitchcock.)

And for the best directors, the limitations of silent film weren't limitations at all. They actually served to concentrate all the energy on telling a story visually, which I think helped establish some of the unique qualities of cinema at a very early time in its development.

For instance: even within the confines of silent film, Hitchcock was already finding ways to be Hitchcock. 'The Lodger' (1927) shows much of Hitchcock's style already in place. Heck, the film started his long-running practice of playing brief cameo roles in his films.

So 'The Lodger' is worth seeing, especially if you're a Hitchcock fan. You'll find it interesting, I think, to see how Hitchcock could still be unmistakably Hitchcock using just moving images on the screen.

For me, Hitchcock's movies hold an honored place in my "Great Movie Experiences Hall of Fame," mostly because of fortuitous timing.

While I was in college, five of Hitchcock's big 1950s spectaculars were restored and released to theaters for the first time in decades.

This was in the early 1980s, just before home video became widespread, and so it was big news. These films hadn't been seen in public (or television) for decades. 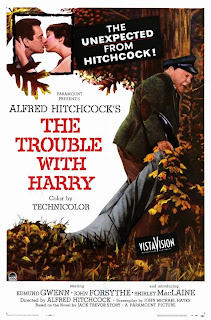 And as a freshman at Fordham University, I was able to see pictures such as 'Rear Window' (1954) and 'Vertigo' (1958) at the most prestigious theaters in New York City, often with packed houses. What an impression they made!

(I recall 'The Trouble With Harry' (1955), set in New England, made me feel terribly homesick. But then so did 'On Golden Pond,' which had come out that summer and was filmed in New Hampshire.)

The re-release of the Hitchcock films was my first experience being among a lot of people who really enjoyed older cinema. For me, it was quite a rush, and helped me realize the importance of screening films in a theater with an audience: something I advocate for strongly today.

With that in mind, I hope you'll join us for our screening of 'The Lodger' (1927) on Thursday, Sept. 11 at the Flying Monkey Moviehouse and Performance Center in Plymouth, N.H.

For more info, check out the press release below. Thanks! 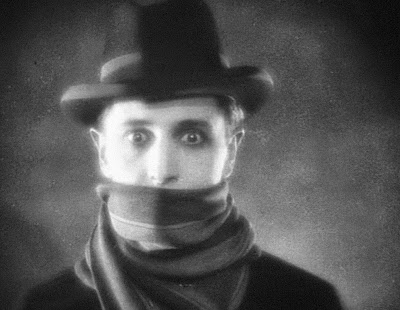 Creepy silent thriller about killings in London marked legendary director's debut; to be shown on the big screen with live music

PLYMOUTH, N.H.—A half-century of murder has to start somewhere. And for movie director Alfred Hitchcock, it began with 'The Lodger' (1927), a silent thriller that stunned audiences when it was first released, and contained many of his trademark touches.

'The Lodger: A Story of the London Fog,' will be shown at the Flying Monkey Moviehouse and Performance Center on Thursday, Sept. 11 at 6:30 p.m. The program, the latest in the theater's silent film series, will be accompanied by live music performed by silent film composer Jeff Rapsis. Admission is $10 per person.

The film, shot in England and based on a story and stage play by Marie Belloc Lowndes, concerns the hunt for a serial killer in London. British matinee idol Ivor Novello plays Jonathan Drew, a quiet, secretive young man who rents a room in a London boarding house. Drew's arrival coincides with the reign of terror orchestrated by a mysterious "Jack The Ripper"-like killer, who murders a blonde woman every Tuesday evening.

'The Lodger' introduced themes that would run through much of Hitchcock’s later work: an innocent man on the run, hunted down by a self-righteous society, a strong link between sexuality and murder, and a fixation on blonde women. About 'The Lodger,' Hitchcock scholar Donald Spoto wrote that for "the first time Hitchcock has revealed his psychological attraction to the association between sex and murder, between ecstasy and death."

'The Lodger' also launched the Hitchcock tradition of making a cameo appearance in each of his films. In 'The Lodger,' Hitchcock appears briefly about three minutes into the film, sitting at a desk in a newsroom with his back to the camera and using a telephone. The cameo appearance tradition, which continued for the rest of his long career, came about in 'The Lodger' when the actor supposed to play the part of the telephone operator failed to turn up, and Hitchcock filled the breach.

While Hitchcock had made two previous films, in later years the director would refer to 'The Lodger,' his first thriller, as the first true "Hitchcock movie." The movie has since been remade several times, most recently in 2009, in an updated version starring Alfred Molina and Hope Davis.

In reviving the original 'The Lodger,' the Flying Monkey aims to show silent movies as they were meant to be seen—in high quality prints, on a large screen, with live music, and with an audience.

• Thursday, Oct. 9, 6:30 p.m.: 'Chicago' (1927). The original big screen adaptation of the notorious Jazz Age tabloid scandal, based on real events. Dancer Roxie Hart is accused of murder! Is she innocent or headed for the slammer? Later made into the popular Broadway musical. A film long thought lost but recovered only recently.