Next up at Flying Monkey on Thursday,11/13:
Silent comedy 'Running Wild' with W.C. Fields 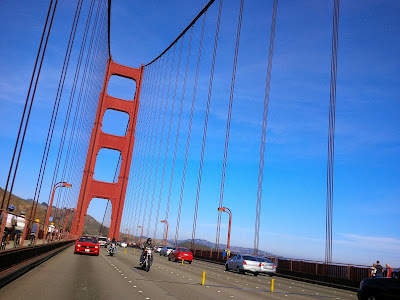 Besides playing for a silent film program, I also got to cross the Golden Gate Bridge sitting in the back of my brother-in-law's Camaro with the top down.

I'm now back home after accompanying Mary Pickford in 'The Little American' (1917) this weekend at the Niles Essanay Silent Film Museum out in San Francisco, Calif.

It's a vintage propaganda film that sure makes me want to join up and fight those dirty Jerrys, or, in the words of Albert Peterson, "whoever's dirty this time."

The folks at the Niles Essanay Museum are marking something of a milestone, by the way: their show on Saturday, Nov. 15 marks 500 consecutive weeks of silent film programs.

It was my pleasure and privilege to play for show Number 499! Hope to get back out there again really soon! (With my brother-in-law working for Facebook in Menlo Park, there's a sporting chance.)

'The Little American' was a personal milestone for me, too: it was the 200th silent feature film for which I've accompanied. A list of them all is online here.

Okay, coming up is a real treat for fans of vintage film comedy.

Yes, it's hard to imagine Fields without his trademark nasal twang and vocal inflections.

So when I accompany one of the Fields silent features, I like to tell people they're about to experience W.C. Fields "as you've never heard him before."

If you could use a laugh, I encourage you to join us this Thursday at 6:30 p.m. at the Flying Monkey in Plymouth, N.H.

All the Fields silents seem to hold up well in live performance—perhaps in part because many of us already know the character.

See (but don't hear) for yourself at this week's screening of 'Running Wild.' Details in the press release below. 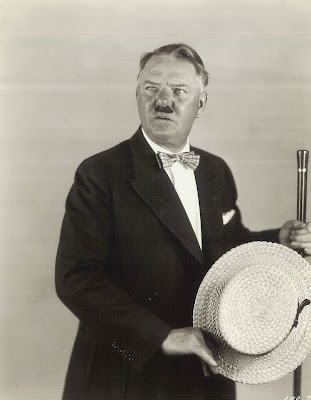 PLYMOUTH, N.H.—He was a performer who could be recognized just by the sound of his voice.

But prior to reaching iconic fame in talking pictures, comedian W.C. Fields starred successfully in a popular series of silent feature films for Paramount Pictures and other studios in the 1920s.

Live music will be provided by silent film accompanist Jeff Rapsis, a resident of Bedford, N.H. and one of the nation's leading silent film musicians.

W.C. Fields remains famous for his comic persona as a misanthropic and hard-drinking egotist who remained a sympathetic character despite his snarling contempt for dogs, children and women. Although Fields achieved lasting fame as a movie star in talking pictures of the 1930s, his long career encompassed decades on the vaudeville stage as well as a series of silent film roles.

"People find it hard to think of W.C. Fields in silent films, but he was actually quite successful in them," Rapsis said. "As a vaudeville performer and juggler, Fields cultivated a form of visual comedy and pantomime that transferred well to the silent screen. Also, as a middle-aged man, he was able to play a family father figure—the kind of role that wasn't open to younger comic stars such as Charlie Chaplin or Buster Keaton.

In all, Fields starred in 10 silent features in the mid-1920s. Several of these films are lost; in those that survive, Fields sports a thick mustache, part of his vaudeville costume as a "vagabond juggler" which he dropped in later years.

In 'Running Wild,' Fields plays Elmer Finch, a cowardly and henpecked husband who is disrespected by his stepson, his co-workers, and even the family dog.

But every dog has his day, and Finch's comes when he undergoes hypnosis, which transforms him into a swaggering take-no-prisoners alpha male.

The result is a timeless domestic farce that continues to delight audiences when screened as intended: in a theater, with live music and an audience.

The Flying Monkey's silent film series aims to recreate the full silent film experience, with restored prints projected on the big screen, live music, and the presence of an audience. All these elements are essential to seeing silent films they way they were intended, Rapsis said.

Upcoming movies include a love story starring silent screen romantic idol Gloria Swanson, and early Tarzan film, a classic Buster Keaton comedy, and an adaptation of 'The Count of Monte Cristo' that was thought lost for decades.

The Flying Monkey originally opened a silent film moviehouse in the 1920s, and showed first-run Hollywood films to generations of area residents until closing several years ago. The theater has since been renovated by Alex Ray, owner of the Common Man restaurants, who created a performance space that hosts a wide range of music acts.

After a mid-winter hiatis, the Flying Monkey's silent film series will continue in 2015 with these upcoming titles:

• Thursday, Feb. 12, 2015, 6:30 p.m.: 'Don't Change Your Husband' (1919) starring Gloria Swanson, directed by Cecil B. DeMille. Just in time for Valentine's Day! A riotously dated look at marriage through the eyes of a woman who is bored with her oafish onion-eating husband and decides to take action.

• Thursday, March 12, 2015, 6:30 p.m.: 'Tarzan and the Golden Lion' (1927). You won't hear his iconic yell, but everything else about the Tarzan legend is present in this rip-roaring action adventure that plays like an early version of 'Raiders of the Lost Ark.'

• Thursday, May 14, 2015, 6:30 p.m.: 'The Count of Monte Cristo' (1922) starring John Gilbert. The original screen adaptation of the Andre Dumas swashbuckler about a man unjustly imprisoned who later seeks revenge. A film thought lost for decades until a print surfaced in the Czech Republic!

The next installment in the Flying Monkey's silent film series will be 'Running Wild' (1927), to be screened with live music by Jeff Rapsis on Thursday, Nov. 13 at 6:30 p.m. at the Flying Monkey Moviehouse and Performance Center, 39 South Main St., Plymouth, N.H. Tickets are $10 per person. For more information, call (603) 536-2551 or visit www.flyingmonkeynh.com. For more information about the music, visit www.jeffrapsis.com.