Three screenings in one day, plus other
upcoming silent film adventures in November 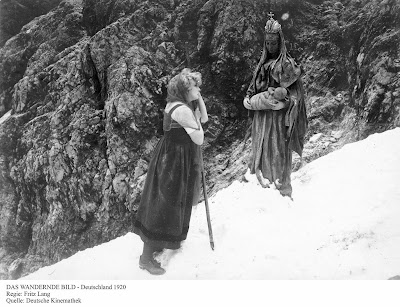 A scene from the very obscure early Fritz Lang film 'The Wandering Image' (1920), being shown today (Sunday, Nov. 2) at 7 p.m. at the Harvard Film Archive.

Just a brief update to fling us into November. Halloween may be over, but there's no let-up in the silent film calendar just yet.

On this very day (Sunday, Nov. 2), I'm booked to accompany three separate feature films. Hey, this is getting serious! 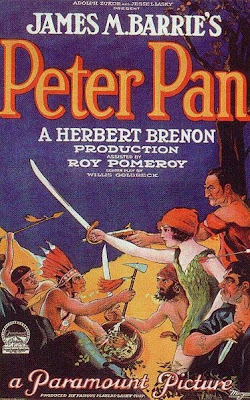 Long before Peter Pan was slated for a live TV production (next month on NBC), it was a silent film!

The library runs a monthly musical performance series, and once in a great while I get to do music for a silent film screening there.

Our screening of 'Peter Pan' is free and open to all, with room for about 100 people. Let's fill the house! 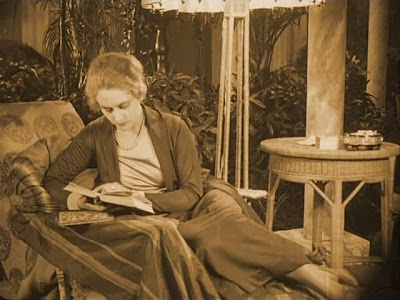 • Following 'Peter Pan,' I scoot down to Cambridge, Mass., where the Harvard Film Archive has me accompanying two very obscure early Fritz Lang features in a program that starts at 7 p.m.

The prints were so difficult to get, the titles couldn't be included in the HFA's recent summer-long Lang retrospective.

So it's catch-up night as these two rarely screened films finally hit the big screen to complete the cycle, as they say.

I have no idea what shape the 35mm prints will be in, as the materials don't survive in pristine shape and much of the circulating footage still has untranslated Portuguese intertitles.

So it could range from great to a real tough go. (The HFA Web site promises German intertitles with English subtitles.) Either way, I'll give it my best shot.

Of the two, I think 'Wandering Image' really surprises, in part because so much of it is shot outdoors and on location: something Lang didn't do much of later on.

Also, a lot of the action takes place above treeline high in the Bavarian Alps, amidst snowfields and craggy peaks.

So even if all the threads of Lang's plot can't quite be decoded, there's a lot to look at in these films. Hope to see you there!

For more info on the early Lang titles, check out the Harvard Film Archive online.

The screenings take place in the Carpenter Center, 24 Quincy St., Cambridge, Mass. (It's just outside the Harvard campus proper.) Admission is $9 per person.

• After this, it's another screening at Harvard on Tuesday, Nov. 4 and then it's off to San Francisco, where I'll play for Mary Pickford's 'The Little American' (1917) next weekend at the Niles Essanay Silent Film Museum.