Prescribing 'Dr. Jack' for what ails ya;
plus other December screenings coming up 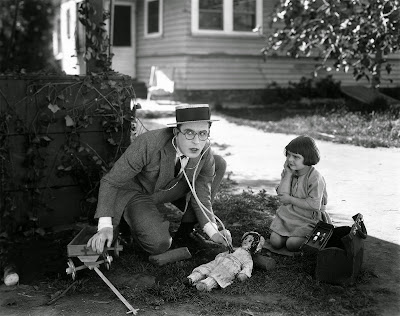 A dose of Harold Lloyd on Saturday, Dec. 13 in Dixfield, Maine will surely cure any holiday blahs.

Come December, the performance calendar slows down by design: most regular series I accompany take the month off, as a lot of people have other things besides silent film on their minds. (I know, can you imagine?)

But still, a few screenings are booked: a Harold Lloyd program way up north in Maine's paper mill country; a screenings of Fritz Lang's 'Woman in the Moon' (1929) to employees of a Massachusetts film in the rocketry field; and a Chaplin program over Christmas weekend in Wilton, N.H.

So if you're desperate for your silent film fix, there's enough out there for you to get through the month without too much risk of withdrawal.

But then there's January. I'm fortunate enough to be traveling for most of that month in Africa, where I'll attempt to trek to the summit of Mount Kilimanjaro. No kidding! So no silent film gigs until the last week of the month, when I return. (And not ever, if I somehow don't make it back at all.)

For now, here's info on the next upcoming gig: a Harold Lloyd program at the amazing Tuscan Opera House in Dixfield, Maine on Saturday, Dec. 13 at 7 p.m. 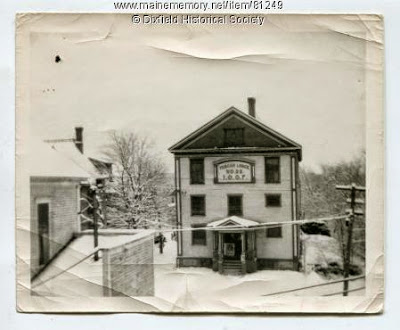 Why amazing? It's an outrageously grand four-story wood-frame edifice, originally erected in the 1890s as the local Odd Fellows Hall, but now in private hands. (The vintage photo above, best I could find, really doesn't do it justice.)

Having survived a huge fire in 1938 and then abandonment in the 1970s, it still stands, towering over neighboring structures in the tiny town center like Cinderella's castle dominates Disneyland's Main Street.

Here's an interesting write-up on the Opera House, although it doesn't include recent efforts to restore and open it to community events. (Including silent film screenings, which local high school students have staged as fund-raisers for the local historical society.)

Speaking of which: the program on Saturday, Dec. 13 will be highlighted by 'Dr. Jack' (1922), an early Lloyd feature that remains persistently popular with audiences.

I included it a program in Brandon, Vt. in 2013 just because it's one of the few Lloyd features in the public domain that I hadn't run to death, and I was completely surprised at the uproarious laughter the picture generated.

For a recap, I'm pleased to point to this post by the astute blogger known as Nitrate Diva, who sometimes attends the Brandon screenings.

And for more information about the Lloyd program at the Tuscan Opera House in Dixfield, Maine, check out the text of the press release below. 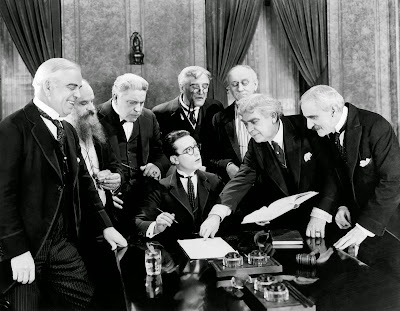 DIXFIELD, Maine—A comic icons of cinema's early days will return to the big screen for one night only, as the Tuscan Opera House presents an evening of silent film comedy with live music on Saturday, Dec. 13.

The show begins at 7 p.m. and will feature films starring Harold Lloyd, the most popular comedian and box office star of the silent film era.

Live music will be provided by accompanist Jeff Rapsis, a resident of Bedford, N.H. and one of the nation's leading silent film musicians.

Rapsis will also provide background on Lloyd's career as well as introduce each film.

"There's nothing like silent film comedy shown on the big screen with a live audience," said Rapsis, who regularly accompanies silent film screenings at venues around New England and beyond. 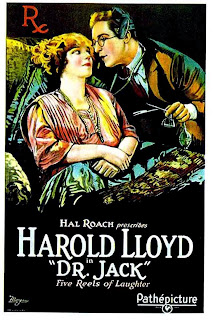 The program is a follow-up to a well-received silent film show held last year at the historic four-story opera house.

"Harold Lloyd was a master of knowing how to make a large audience laugh," Rapsis said. "Seeing his films as they were intended to be shown is still one of the great experiences the movies have to offer."

The program will be highlighted by the feature-length movie 'Dr. Jack' (1922), in which Lloyd plays a country doctor with methods that are unorthodox, but which get results. But now comes his toughest case yet: a rich girl (Mildred Davis) bed-ridden with a mysterious condition. Harold's cure is sure to make audiences smile! 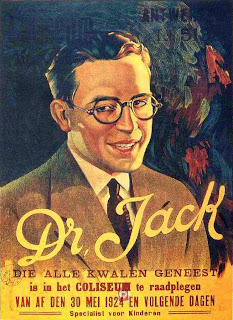 The program will be rounded out by other Lloyd films, all presented with live music.

Lloyd's optimistic go-getter character was extremely popular throughout the 1920s, as audiences followed him from one adventure to the next. His pictures, with their mix of comedy, sentiment, and thrills, proved so successful that Lloyd was the top box office star during the silent era, outgrossing all other performers.

The silent film program at Dixfield's Tuscan Opera House aims to recreate the full silent film experience, with restored prints projected on a big screen, live music, and the presence of an audience. All these elements are essential to seeing silent films they way they were intended, Rapsis said.

Music is a key element of each silent film screening, Rapsis said. Silent movies were never shown in silence, but were accompanied by live music made right in each theater. Most films were not released with official scores, so it was up to local musicians to provide the soundtrack, which could vary greatly from theater to theater.

Dirigo High School students present an evening of silent film comedy with live music on Saturday, Dec. 13 at 7 p.m. at the Tuscan Opera House, Maine Street, Dixfield. Admission is $10 per person, with all proceeds to go to the local historical society.