Preparing for the last Cinefest in Syracuse, N.Y.
and other thoughts about creativity 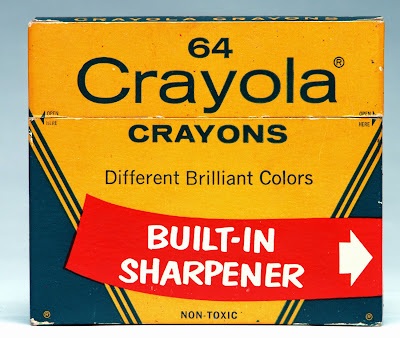 A lifetime of inspiration from a single box of crayons. See below.

This week I'm driving out to Syracuse, N.Y. for the last-ever Cinefest, a four-day gathering of vintage film buffs and collectors.

A fair amount of silent film is run at this event, for which three pianists are usually brought in to provide accompaniment.

I've had the privilege of being in the mix for the past three years, during which I've played alongside phenomenal musicians such as Phil Carli, Jon Mirsalis, and many others. It's been quite an education for me.

Now, for the final year, they're bringing in no less than eight accompanists as a kind of last hurrah. 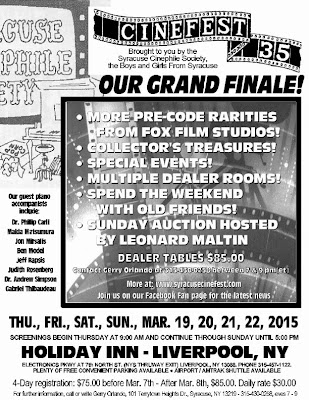 We'll get together on Wednesday night and decide who plays what. Simple math says each of us will play no more than two features at most, rather than the usual five or six.

I'm really looking forward it, and not because of the lighter workload. For me, it's a great chance to hear how other accompanists bring films to life. I always come away inspired and eager to push myself in new directions. (Instead of just the refrigerator.)

Why is this the last Cinefest? After 35 years, organizers felt it was time to pack up shop in the face of looming changes in the vintage film field: an aging fan base, the shift to digital, the easy availability of once-rare titles.

I'm heading to Syracuse in a pretty good state of mind, I think. 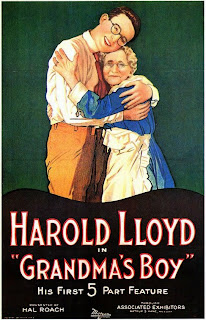 This past Sunday, on the way to accompany a screening of 'Grandma's Boy' (1922) at the public library in Townsend, Mass., I got to reflecting on how music still can really move me.

As someone caring for an elderly parent in poor health, I can't help but sometimes wonder what the aging process will be like for me.

I wonder if and when music will someday cease to inspire or excite me, or prompt me to feel anything.

Will it fade? Will it falter? Will it happen gradually? Or will the music just one day stop?

Well, the good news is that in recent days I've experienced several waves of affirmation that have me believing that music will continue to be an important part of my life no matter what.

On the way to Townsend, Mass., I was planning to listen to a CD with a series of lectures on the historical origins of Christianity, believe it or not. Hey, I try to keep up.

But when leaving the house, I couldn't find the CD. So instead, I just grabbed another disc at random. It turned out to be a recording of music by John Adams—not the president, but the California-based composer who grew up right here in New Hampshire. (That's him below, on the left.) 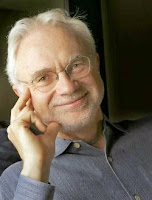 By a total coincidence, the disc had a performance of Adams' 'Chamber Symphony' from 1993. It's a work that I'll hear played live next month by the San Francisco Symphony when I go out there to do a program at the Niles Essanay Silent Film Museum on Saturday, April 11.

But here it was now, in my car. And I found myself carried away by the energetic lines and the propulsive rhythms. I find the music of Adams tremendously exciting, not just because of the music itself, but because of the possibilities it represents.

Think of it! After more than a half-century of dead-end atonalism, Adams (and other composers) developed a tonal language all his own that was unlike past music, and in fact sounded like it belonged to my age. And his music, in all its variety, shows how much untapped potential exists with the materials of music.

And it made me think of crayons, of all things. When I was young, the classic box of 64 Crayola crayons was the gold standard for creativity.

I remember starting with the basic eight, and then graduating to 16—a set that included combos such as "red orange" and "blue green."

But it was the big box of 64, with all the basics but also exotic shades such as Periwinkle and Burnt Sienna, that really fired my imagination. To me, the box of 64 represented unending possibilities. It was the symphony orchestra of crayons!

I eventually grafted some of the excitement about 64 crayons to the 12 notes of music. And I think I've maintained that sense of excitement, even now, far into adulthood. To me, the notes also represent endless possibilities.

And as I let the music of John Adams' 'Grand Pianola Music' (next on the disc) wash over me, I felt confident that music must remain a lifelong passion. There's still a lot of life left in that box of crayons, for me and anyone else who wants to use them. 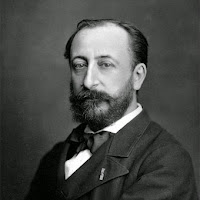 After that, I turned on the radio, and heard different music. I recognized it immediately: the end of the first movement of the great Symphony No. 3 (the "organ" symphony) by Camille Saint-Saëns. (That's him at right.)

This was music I discovered while in junior high school, by means of a library LP of Eugene Ormandy leading the Philadelphia Orchestra. I found it thrilling and exhilarating stuff—so much so that I wore out the library's recording.

And now here I was, nearly four decades later, and the music was having the same effect on me. The tunes, the harmonies, the rhythmic energy—and all of it suffused with a sense of fresh and unending possibilities.

I guess what I'm saying is that I don't think I'm ready to put away the crayons anytime soon.