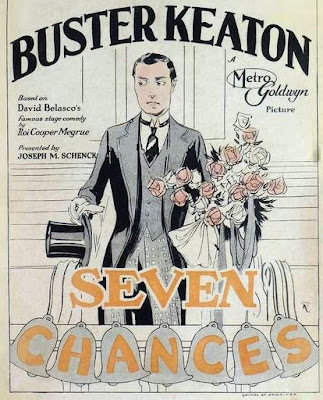 Next up: an old favorite, but in a new venue.

Showtime is 7 p.m. The free program, part of a concert series run by the school's Music Department, takes place in Phillips Church on the campus, which is in downtown Exeter. 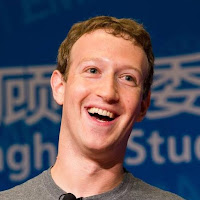 As a product of the New Hampshire public school system, it's quite a coup to perform at Phillips Exeter, whose alumni include Mark Zuckerberg (at left), Dan Brown, Gore Vidal, John Irving, and Franklin Pierce, the 14th President of the United States and the only one from New Hampshire.

Prior to the upcoming concert, my only connection to Phillips Exeter was when a girlfriend in college enrolled in a summer program there.

So one Friday I played hooky from my summer job at a machine shop and rode my bike all the way from Nashua to Exeter just to drop by for a visit.

I was okay going out, and we had a nice time. But I didn't fare too well on the way home, as temperatures reached the mid-90s on a cloudless afternoon.

I got as far as the Dairy Queen that used to be on Route 28 in Salem, where I made the mistake of thinking a coffee frappe would get me home.

Instead, it made me ill! I got home before dark, but with a nice case of heatstroke and dehydration, which kept me in bed for the entire weekend.

My inclusion in the Phillips Exeter concert series came about from a series of silent film screenings we staged last year at Exeter's venerable Old Town Hall.

In the audience at one show was Peter Schultz, chairman of the Academy's music department. We got to talking afterwards, and the result was an invitation to do a screening at Phillips Exeter Academy.

In a case like this, where it's potentially a new audience for the silent film experience, Keaton's 'Seven Chances' (1925) is one of the go-to films: I often refer to it (and to all of Keaton, really) as one of the "gateway drugs" of silent film.

So if you're in the area, I hope you'll 'go to' the screening Tuesday night. More info in the press release below. 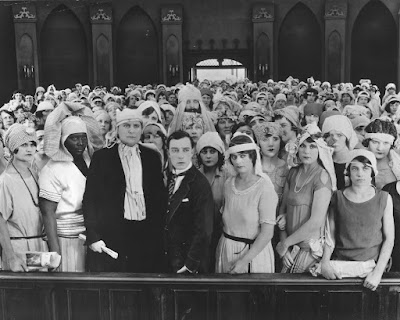 Buster and brides in 'Seven Chances.'

EXETER, N.H.—He never smiled on camera, earning him the nickname of "the Great Stone Face." But Buster Keaton's comedies rocked Hollywood's silent era with laughter throughout the 1920s.

See for yourself with a screening of 'Seven Chances' (1925), one of Keaton's landmark feature films, on Tuesday, Jan. 31 at Phillips Church at Phillips Exeter Academy.

The program starts at 7 p.m. and is free and open to the public. Live music for the movie will be provided by silent film accompanist Jeff Rapsis. 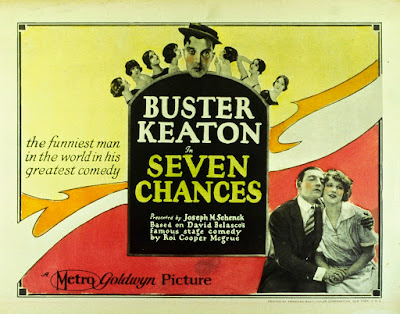 Buster Keaton's 'Seven Chances' (1925) will be screened on Tuesday, Jan. 31 at 7 p.m. at Phillips Church, at the corner of Tan Lane and Front Street, Phillips Exeter Academy. Admission is free and the screening is open the public.

For more information about the Music Department's concert series, call (603) 777-3586. For more info on the music, visit www.jeffrapsis.com.