I can date my interest in vintage cinema
thanks to one man: Mr. Oliver Norvell Hardy 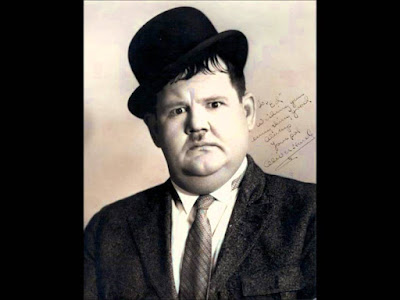 But that's not quite accurate. To be precise, I would have to say my interest in vintage cinema dates from one exact day: Jan. 18, 1977.

Why then? Because that day happens to be the birthday of "Ollie," otherwise known as actor Oliver Norvell Hardy, one half of the comedy duo Laurel & Hardy.

And it was the announcement of Hardy's birthdate on a local radio station's almanac that morning that got my 7th-grade mind thinking.

Don't ask me why or how I remember this so clearly, but I do. I remember it was a Tuesday—and I just checked and it really was a Tuesday! So you know this is on the level. :)

I recall sitting at the kitchen counter in our home in Nashua, N.H. poking over a bowl of cereal before heading out for the loooong walk to yet another day at Spring Street Junior High School. 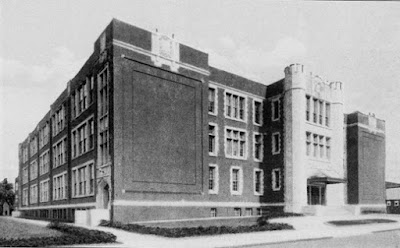 The walk was long (about 1.2 miles) because we lived just inside the limits of the school's bus routes. But that's another story.

Like many households in my hometown at the time, the kitchen radio was glued to WSMN-AM 1590, a local station that broadcast local Weather, Sports, Music and News (get it?) all day long.

Unlike Spring Street Junior High, the radio station is still around: https://en.wikipedia.org/wiki/WSMN.

Back then, our morning routine was driven largely by the station's programming schedule. Example: If you were still home when the obituary report came on, you were late for school!

(Yes, they actually broadcast a daily obituary report, complete with organ music and a recording of 'The Old Rugged Cross.')

Anyway! Whoever was on air would occasionally read almanac items to fill time until the news, or the next commercial for Eddie's Bedding or Hammar Hardware.

And on that morning of Tuesday, Jan. 18, I learned that it was the birthday of noted film comedian Oliver Hardy, "born this date in 1892."

One reason that clicked was that the front entrance to Amherst Street Elementary School, where I'd just spent six years, had a big stone block embedded in it with that very date: 1892!

But there was more. I'd just discovered Laurel and Hardy through their films on Channel 38, a UHF station out of Boston that at the time was heavy on old-time programs: re-runs of sit-coms, the Three Stooges, and occasionally older stuff like the Laurel & Hardy shorts and features.

I enjoyed it all, just like any other TV-mesmerized kid of my generation.

But something about hearing that today was the birthday of one of the people I'd been watching—and the realization that he was a real person and not just some cartoon on TV—pushed my 13-year-old brain into curiosity mode.

Oliver Hardy. I remember actually thinking the fat one was "Laurel" because that sounded to me like what a fat guy would be named, and so the skinny guy must be Hardy. Was that right?

But did I have the right guy? Was he the fat one or the skinny one?

This led me to pick up the thick "1975 WORLD ALMANAC and BOOK OF FACTS" that was laying around (our version of Google in the pre-Internet era) and found a page on "Celebrity Births and Deaths." 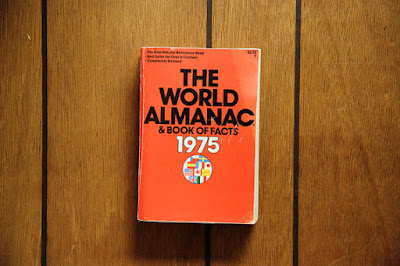 Wow! I found a picture of the 1975 World Almanac AND paneling that's exactly like what was in our semi-finished basement and rumpus room!

And I still wasn't sure if he was the fat one or the skinny one, but something about it started me on a journey that took me to the shelves of film books at the Nashua Public Library, which had a handful of books on comedy and yes, was able to get a much better idea of the lives of both Mr. Laurel and Mr. Hardy, including who was who.

Not long after that, a music teacher at Spring Street named Mr. Salvo began bringing in 16mm prints of the Chaplin Mutuals (his immortal two-reel comedies from 1916 and 1917) to run in study hall to entertain bored students.

Most students remained bored, but thanks to my research on Mr. Hardy, I was now ready to find out a lot more about Mr. Chaplin. Who was he? What was he like? What were his dates?

So back to the library I went. And journey of discovery, although put aside at times, has never really ended.