Notes from 'Greed' at the Somerville Theatre, then 'Speedway' on Thursday in Plymouth, N.H. 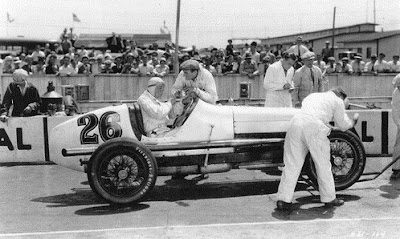 'Speedway' (1929) shows auto racers competing at astounding speeds of up of 85 mph!

But first, a few words about 'Greed' (1924), which I had the privilege of scoring on Sunday, May 14 at the Somerville Theatre down in Boston.

This screening, part of the Somerville's 'Silents Please!' series, was a real event: a 35mm print, a big turnout, and a film that really holds the 30-foot-high screen and then some.

Plus, afterwards projectionist David Kornfeld presented a slideshow of scenes cut from the final release print. Everyone stayed, entranced by what they saw.

David had assembled several hundred images, which were projected on the big screen as he talked us through all the plot twists and characters we'd missed.

And it was surprisingly compelling, I think, because we'd all just watched 'Greed,' and there's no better time to show an audience all we didn't see.

Afterwards, I mentioned to David that if movie-going was anything like climbing mountains, then 'Greed' at the Somerville was one of the more worthy summits!

And lots of good discussions afterwards, including at least one comparison of 'Greed' to the 1962 comedy epic 'It's a Mad, Mad, Mad, Mad, World.'

It's an apt pairing in more than one way. Both about avarice, and they're both over-long projects that got cut down by their respective studios.

And most amazingly: Zasu Pitts appeared in both pictures. Here she is in 'Greed' playing the lead role of Trina: 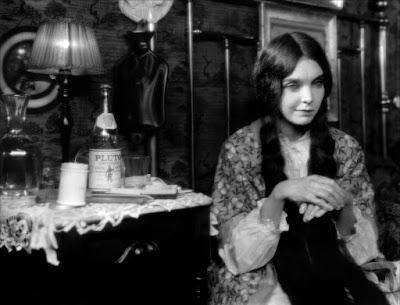 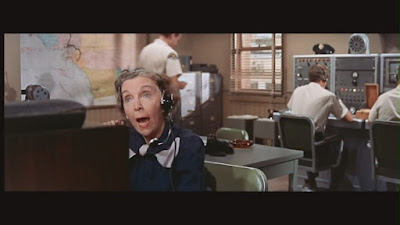 And I can't wrap up this report without including my own joke about the picture, which I claimed was rated highly by none other than actor Michael Douglas.

How? Because Douglas, as Gordon Gekko in 'Wall Street' (1987), proclaimed that "Greed is good!"

About the music: in the world of improv, sometimes I'm not satisfied with what I do, and other times I'm surprised at how well it all works.

On Sunday afternoon, 'Greed' was one of those that fell together really well, I thought. I had some good material to start with, and held back long enough so that really dramatic scenes would stand out that much more.

It was only the second time I'd tackled 'Greed,' the first being back in 2010 at the Palace Theatre in Manchester, N.H.

Just out of curiosity, I looked up my report from that screening, and here's what I found:


I came up with a nice suite of melodic material for this film, I thought: a somewhat stern Beethoven-like main theme for McTeague, a slow tune in 12/8 with shifting major and minor harmonies that helped bring out slowly creeping lunacy; a little chromatic signature that worked really well in the deep bass underneath sustained dissonances in the treble; and my favorite, a dirge-like "eating melody" for when the family pigs out at the wedding (which brought some of the rare laughter we got), and which returned in other depictions of excess; and a whole tone signature for the caged bird images that play a role throughout 'Greed.'

Huh? That was seven years ago, and I have no recollection whatsoever of any of the musical material I used then.

I might have scrawled some notes down somewhere, but I'd have to go hunting.

Still, I was struck by how different my approach was now compared to back then. Going by the 2010 notes, there wasn't one thing in common.

It would be interesting to hear what I was doing then and compare it to now—to see how my accompaniment style has evolved, and what's remained the same.

It would also be comforting, in the sense that it's a little disconcerting to think that everything that happened that night, in a musical sense, has vanished, even from my own head.

And this feeds into my desire to spend more time writing things down. But before that can happen, here comes another screening—this time, in on Thursday, May 18 up at the Flying Monkey Moviehouse in Plymouth, N.H.

It's 'Speedway' (1929), a crackerjack auto racing drama from MGM starting William Haines, Ernest Torrance, and Anita Page. Many scenes were filmed on location at the actual Indianapolis 500 track, showing what it looked like in the 1920s.

Members of a vintage auto group should be on hand, so we won't lack for an audience. If you'd like to join us, more details are in the press release below: 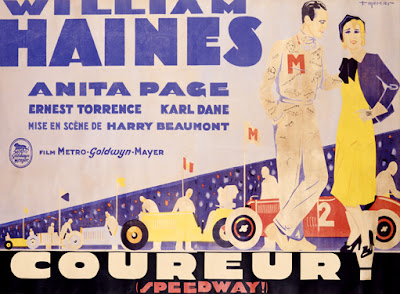 Vintage auto racing thriller to be screened with live music on Thursday, May 18 at Flying Monkey

PLYMOUTH, N.H.—Fasten your seat belts! We mark the traditional Memorial Day running of the Indianapolis 500 with a vintage race car drama filmed right on the famed track—at speeds topping 115 mph!

In honor of this year’s Indy 500, MGM's vintage auto racing drama 'Speedway' will be screened with live music on Thursday, May 18 at 6:30 p.m. at the Flying Monkey Moviehouse and Performance Center, 39 South Main St., Plymouth, N.H.

The screening is a chance to experience this landmark film as it was intended to be seen: in a high quality print on the big screen, with live music and with an audience. Live music will be performed by Jeff Rapsis, a New Hampshire-based silent film accompanist.

Tickets are $10 per person.

He meets a couple of other participants—Mac (Ernest Torrence), the old-timer with heart trouble who thinks of Bill like a son and has been trying to win this race for 17 years; and Renny, a driver not opposed to using dirty tricks to win.

To lend an air of realism to the movie, many scenes were shot on location at the actual Indianapolis 500 track. Today, the footage provides auto racing fans a vivid glimpse of the sport as it was practiced in earlier generations.

Actor William Haines was one of MGM's biggest stars in the late 1920s, often playing the male lead romantic comedies. But off-screen, Haines was gay—and, unusually for the era, did not hide his homosexuality. 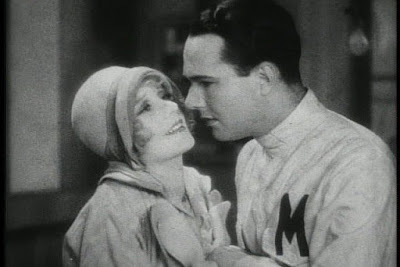 Anita Garvin and William Haines get to know each other in 'Speedway.'

Haines maintained his star status at MGM during the move to talking pictures. But a publicity crisis arose in 1933, when Haines was arrested in a YMCA with a sailor he had met in Los Angeles' Pershing Square.

'Speedway' was one of the final silent movies released by MGM prior to the studio's conversion to making talking pictures.

The movie will be screened with live music performed by silent film accompanist Jeff Rapsis.

'Speedway' is the latest in a monthly series of silent films presented with live music at the Flying Monkey. The series provides local audiences the opportunity to experience silent film as it was intended to be shown: on the big screen, in good-looking prints, with live music, and with an audience.