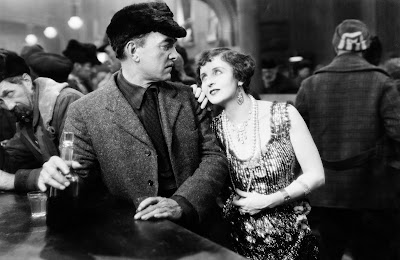 Last Sunday it was music for 'Greed' (1924), the Erich von Stroheim film that centered on mankind's obsession with gold.

Do we have an accidental series going here, or what? I could follow these two with Chaplin's 'The Gold Rush' (1925), but the film is unavailable for screenings with live original music. :)

'Trail' is an unusual film: it starts out like one of those '70s disaster flicks, in which we meet a variety of people from different walks of life whose paths are destined to intersect at some fateful moment.

In the '70s, it would have been in an earthquake or flaming skyscraper. In 'Trail of '98,' it's the arduous slog overland from Skagway, Alaska to the gold fields in the Yukon.

But once we get over Chilkoot Pass, the film forgets about many of the characters (okay, a few die) and concentrates on only one story in particular.

Fortunately, it's a pretty juicy one, and the film does feature a climactic battle that still has the capacity to astonish.

I won't say anymore than that. But I will say that 'Trail' is one of those films where you need to be careful about what you say to an audience before the screening.

Say too much, either about the plot or the making of the film, and you risk spoiling the impact the moviemakers intended.

It's a real issue. Say the wrong things, and you can spoil the impact of an otherwise amazing movie. 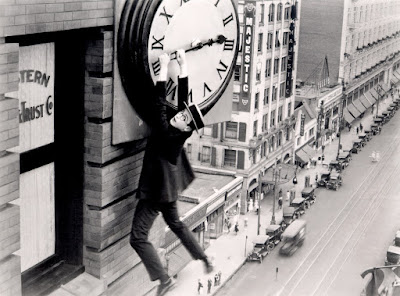 The climb itself is incredible, and maintains its power over audiences just as it has since first released nearly a century ago.

However, it's even more amazing when you realize that Lloyd did all the stunt work himself, and that he was missing the thumb and index finger from his right hand!

(Lloyd lost the fingers in 1919, when a prop bomb unexpectedly exploded.)

I found that when showing 'Safety Last,' if you mention Lloyd's injury before the screening, it somehow dampens the excitement of his high-altitude antics later on.

Why? I can't put my finger on it. (Sorry, Harold!) But I think the knowledge definitely intrudes on the fantasy that all silent film represents. Instead, it seems more real, and thus more difficult to lose yourself in it.

Bottom line: Tell people about Lloyd's missing fingers, and it's all they can think about during this sequence.

But if an audience doesn't know about Harold's accident, the sequence builds and plays pretty much as intended, I think.

And then, only afterwards, mentioning Lloyd's disability elicits additional gasps, all without spoiling the fun of the picture.

Lloyd himself probably would have preferred this, as he kept the extent of his injury a closely guarded secret for most of his life.

Same thing with the late silent epic 'Noah's Ark' (1928). Should you tell an audience beforehand that extras actually perished in the flood scenes? 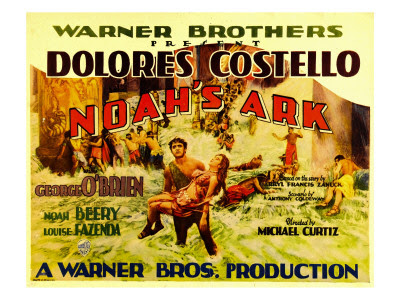 Without minimizing the significance of the loss, and the changes it spurred, I think it's better to hold off on that piece of knowledge until after the picture. Otherwise, people get too focused on wondering which extras are the unlucky ones.

Which brings us to 'The Trail of '98,' another late silent in which real life on-location tragedy struck.

What happened? If you really want to know, you can look it up.

Otherwise, you'll find out at our screening this afternoon—but only after the final credits. See you there! 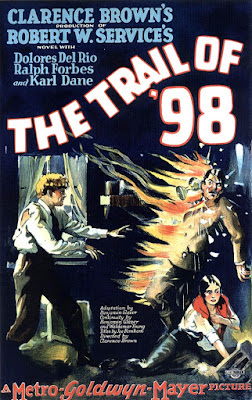 Head north with 'Trail of '98' Klondike gold rush drama on Sunday, May 21

WILTON, N.H. — The epic story of the Klondike Gold Rush is told in 'The Trail of '98,' an equally epic film and among the last big budget silent films released by MGM Studios.

The film will be accompanied by Jeff Rapsis, a New Hampshire-based silent film musician. Admission is free; a donation of $5 per person is suggested to help defray expenses.

Directed by Clarence Brown, 'The Trail of '98' capitalized on the dramatic real-life story of the Klondike Gold Rush, which electrified the nation in the final years of the 19th century.

News of the gold strike inspired thousands of adventurers to endure the hardships and danger of the long overland trek to reach the remote mining fields.

'The Trail of '98,' based on a 1910 novel by Canadian poet Robert Service, interweaves a half-dozen stories of hopefuls as they make their way north from Seattle, first by ship, and then overland by trail through the snowy Canadian Rockies.

All dream of striking it rich, but not everyone survives the dangerous journey through the mountains. Those that make it must still endure a perilous raft voyage to remote Dawson City, boomtown of the gold rush.

Once in Dawson City, 'The Trail of '98' focuses on a newly arrived couple forced to make tough choices to survive the elements as well as the human perils of jealously, greed, and infidelity.

Music for 'The Trail of '98' will be created live by Jeff Rapsis, a composer who specializes in creating scores that bridge the gap between an older film and the expectations of today's audiences.

Using a digital synthesizer that recreates the texture of a full orchestra, he improvises scores in real time as a movie unfolds, so that the music for no two screenings is the same.

Because silent films were designed to be shown to large audiences in theaters with live music, the way to experience them is to recreate the conditions in which they were first shown, Rapsis said. 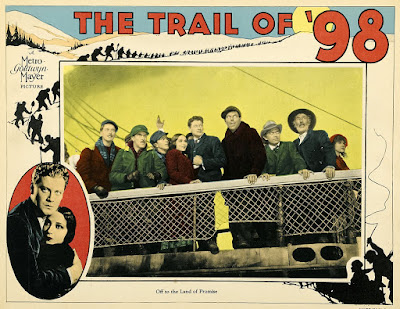 The large ensemble cast of 'The Trail of '98,' not all of whom will make it to Dawson City.

"Films such as 'The Trail of '98' were created to be shown on the big screen to large audiences as a communal experience," Rapsis said. "With an audience and live music, silent films come to life in the way their makers intended. Not only are they entertaining, but they give today's audiences a chance to understand what caused people to first fall in love with the movies."

Admission is free; a donation of $5 per person is suggested to help defray expenses. For more info, visit www.wiltontownhalltheatre.com or call (603) 654-3456. For more info on the music, visit www.jeffrapsis.com. 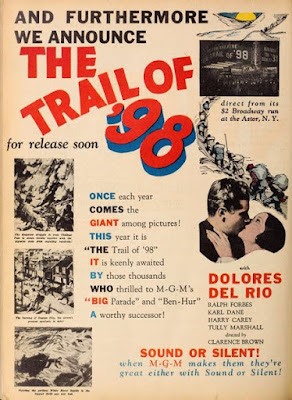