Up in Mascoma Valley, it's 'Comedy Tonight': a Buster Keaton double feature with live music 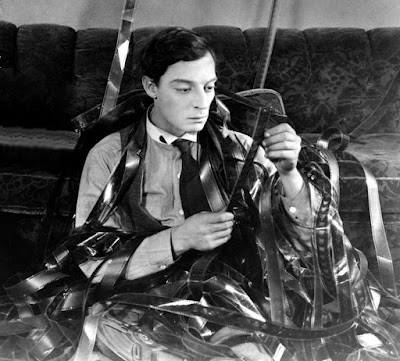 Yes, it's Comedy Tonight up at Mascoma Valley Regional High School, but not the song from 'A Funny Thing Happened on the Way to the Forum.'

The fun starts at 7 p.m. More information in the press release below.

And let me record things I learned from doing live music last night (Thursday, May 18) for the MGM drama 'Speedway' (1929) at the Flying Monkey Moviehouse in Plymouth, N.H.

The movie was shot on location at the actual Indy 500 track as it existed in 1929, so it's of great interest to auto racing and antique car enthusiasts. 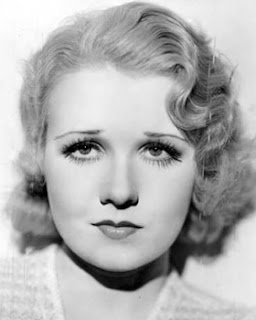 • Actress Anita Page, who lived to be 98 years old (she died in 2008), was the last known surviving attendee of the first-ever Academy Awards ceremony in 1929.

• Page also holds the record for the most-delayed comeback. She quit films back in 1936, but then when in her 90s returned to take roles in direct-to-DVD horror films such as 'Witchcraft XI: Sisters in Blood' (2000) and 'The Crawling Brain' (2002).

• Lacking radios, pit crews and drivers on the track communicated by means of large chalkboards with room for just one or two words. Hence absurdly abbreviated commands such as FASTER. Really?

• Attending last night's screening was Mr. Robert W. Valpey, a soft-spoken gentleman who happens to own a Studebaker Family Team Car that came within a few laps of winning the 1931 Indy 500 before it skidded and wasn't able to continue. 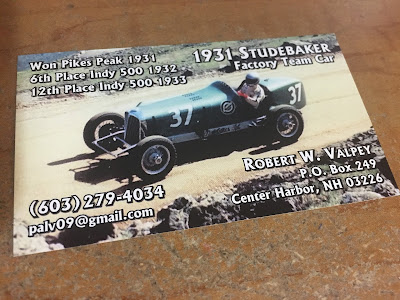 But the car went onto glory, winning the Pike's Peak Challenge that same year and enjoying a solid career at the Indy 500 and other high-profile venues. Long retired from active racing, the car has been maintained ever since. Valpey keeps it in New Hampshire, and recent local appearances have included the Mount Washington Auto Road.

I asked him what it ran on, thinking he would say leaded gas. He said it was originally a mix of gasoline and benzine, but he now uses aircraft fuel.

You never know what to expect at a silent film screening. In this case, I now have an invitation to sit behind the wheel of a former champion race car. Brmmmmm brrrrmmmmmm. 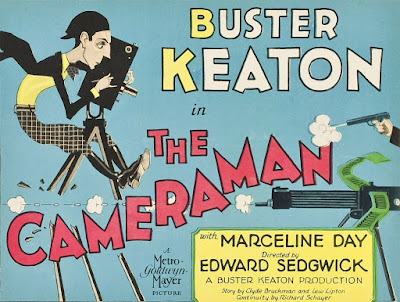 CANAAN, N.H.—He never smiled on camera, earning him the nickname of "the Great Stone Face." But Buster Keaton's comedies rocked Hollywood's silent era with laughter throughout the 1920s.

The show is free and open to the public; donations will be accepted.

The silent film show is a great chance for the public to check out the high school building, which recently underwent a $21.5 million renovation and expansion project. 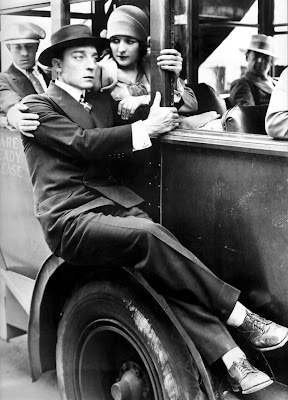 'Sherlock Jr.' (1924) and 'The Cameraman' (1928) will be shown with live music at Mascoma Valley Regional High School, 27 Royal Road, Canaan, N.H. on Friday, May 19 at 7 p.m. Admission is free and the program is open to the public. Donations gratefully accepted.